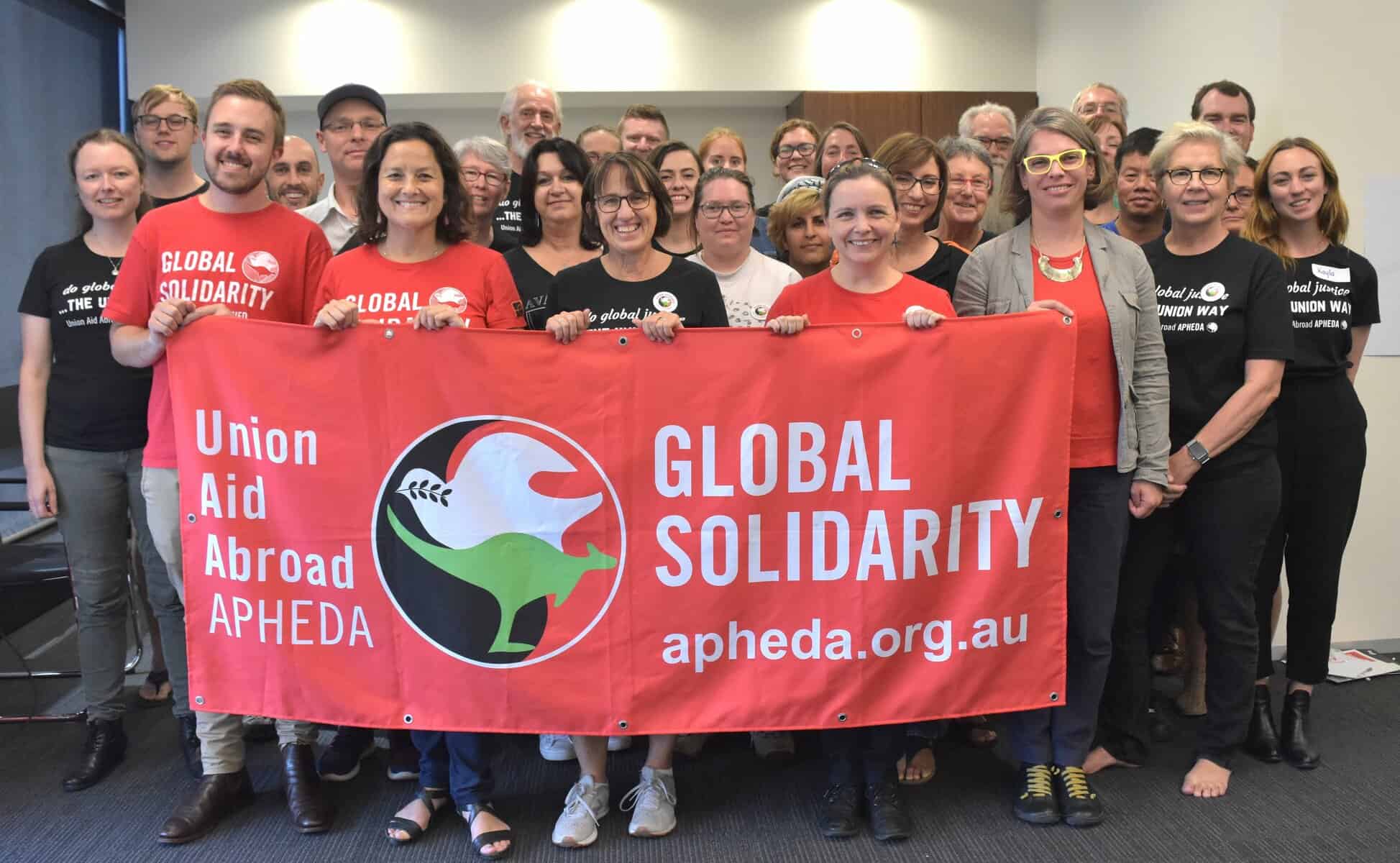 More than 30 committed Union Aid Abroad members descended on Sydney in mid-February to be part of the inaugural National Activist Conference.

Organised to strengthen our national activist network, the conference had people from around Australia partake in two days of workshops on campaigns, recruitment tactics and visualising what is required to be an organisation committed to winning on global justice.

Attendees engaged with a range of speakers and topics. Our Chair, Angelo Gavrielatos, set the scene highlighting the rise of corporate power and the need to claim back the commons by building strong movements for global justice. Phillip Hazelton, Union Aid Abroad’s Asbestos Campaigner based in Hanoi gave an overview on progress being made to ban asbestos in Vietnam, while Matt Hilton, Board Member for AID/WATCH, spoke about the neoliberalism of Aid.

Two of Union Aid Abroad’s top recruiters were also involved and shared their strategies for the best way to spread the global solidarity message.

However, the stand out presentation was Helen McCue who gave a moving delivery on the founding of Union Aid Abroad. The presentation brought participants to their feet as everyone gave the co-founder a standing ovation.

Activists both old and new alike received a renewed sense of meaning and determination to continue working toward the goals of Union Aid Abroad. Specifically, existing activist groups discussed how they could improve on existing fundraising events and become more involved in the ‘Asbestos. Not Here. Not Anywhere.’ campaign. Other conference outcomes included activists aiming to more formally incorporate Union Aid Abroad into union training programmes for staff and members.

As the conference wrapped up, all participants were excited at the proposal of having an activist gathering as a regular staple on the Union Aid Abroad calendar.

? Epic! This is what it looks like when a room full of awesome Union Aid Abroad APHEDA activists create a brainstorming wall – brick by brick! #globalsolidarity #ausunions #aphedacon18 #video #blackandwhite #bnw #solidarity