Vietnam will legislate freedom of association and collective bargaining laws as a result of a new pact between the Vietnamese government and the US government. As part of the TPP negotiations, Vietnam agreed to legislate for the right for new unions to register in Vietnam.

Over the decades, Union Aid Abroad has worked with Vietnam’s trade union federation, the VGCL, under the auspices of a MOU between the ACTU and the VGCL. This work has been to assist a process for trade union reform – to build a cohort of trade union trainers who understand how to respond to recruiting, organising and collective bargaining in private sector enterprises, which have grown massively as a result of the influx  of overseas capital into Vietnam.

This new labour law reform process brings new opportunities for the Australian union movement, building on an established and trusted relationship with the VGCL – to help transition to a more diverse, democratic and responsive union movement that can fully take its place as a key national union movement in the Asia region.

ACTU President Ged Kearney, AMNF Secretary Lee Thomas and AMWU President Andrew Dettmer were in Vietnam in January and visited APHEDA’s program in trade union work as well as income-generation and organising programs for women and people with disabilities. 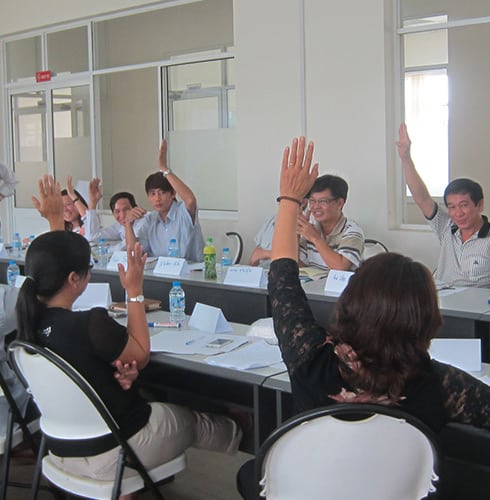