Palestinian woman challenges stereotype that “Farmers are only men”

With the support of the Australia Middle East NGO Cooperation Agreement Program – Phase Three (AMENCA 3), Union Aid Abroad – APHEDA works with farmers and small businesses on the Gaza Strip to enhance their access to markets and market information as part of the Ghalleh Project. The project is delivered in partnership with Bethlehem University – Institute for Community Partnership (ICP), ASALA – Palestinian Businesswomen’s Association, and MA’AN Development Center.

Yasmeen is a farmer who lives with her husband and five children in the Gaza Strip. She began working in agriculture at an early age by assisting her father with his farming activities. After getting married during her first year of university, she left her studies and begun to work alongside her husband to grow vegetables and raise their children. However, she always dreamed of completing her university studies.

Ten years later, Yasmeen achieved this dream by not only finishing her undergraduate degree but also completing a master’s degree and setting her sights on earning a PhD. Though her husband supported this goal, Yasmeen was criticised by other relatives and members of the community, who felt that staying at home with her family should remain her top priority. In spite of this, Yasmeen was determined to succeed.

To fund her studies, Yasmeen began working on a project for an international organisation. Using her earnings alongside money earned by selling half of her gold jewellery, she constructed a greenhouse on an area of one dunum (about 1000m2) and began growing cucumbers to sell. Unfortunately, the low price of cucumbers in the local market meant Yasmeen was unable to cover her production costs and did not make a profit. 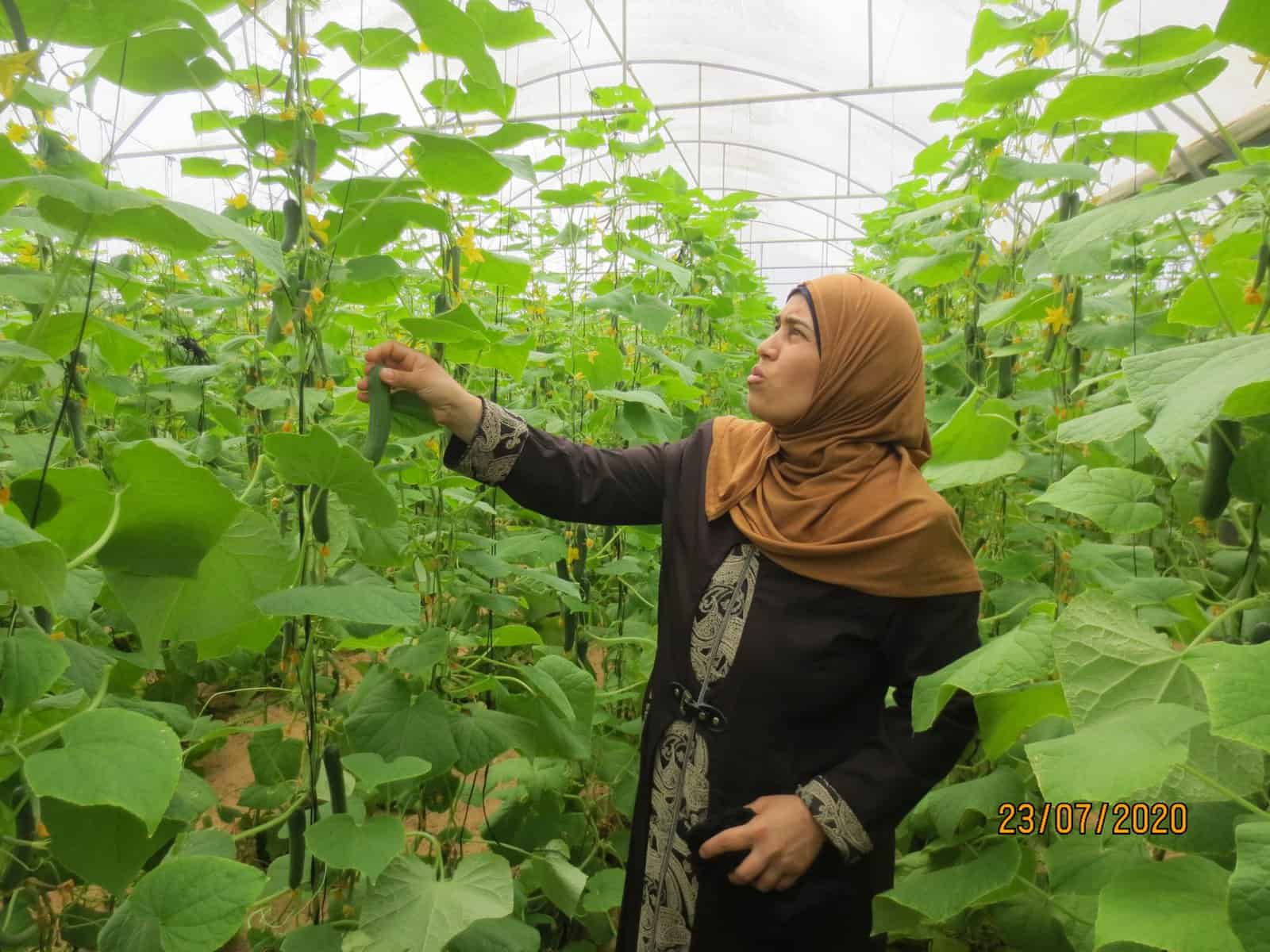 Union Aid Abroad – APHEDA supported Yasmeen and 65 other farmers in the Gaza Strip to grow a new variety of baby cucumber. This variety is in greater demand in the local market and is ideal for processing, meaning it can be sold to pickling factories. In 2020, the farmers sold a total of 98 tonnes of the baby cucumber to four private sector companies, with a total sale value of AUD 48,391.

APHEDA provided seeds, extension services, and training that helped Yasmeen to succeed by selling her crop to a local pickling factory at a good price. With her increased income, Yasmeen was able to enrol in the PhD program. She now supervises the farm work for five hours per week and has employed one permanent and three part-time workers to manage the greenhouse while she studies.

Despite studying a major unrelated to agriculture, Yasmeen says her identity will always be that of a farmer. She wants to challenge the stereotype that farmers are only men and sees her life as a model that shows what women can achieve.

“I love agriculture very much and consider it part of my heritage that I am proud of. But I don’t want to be a traditional farmer, I want to cultivate new and different crops.” 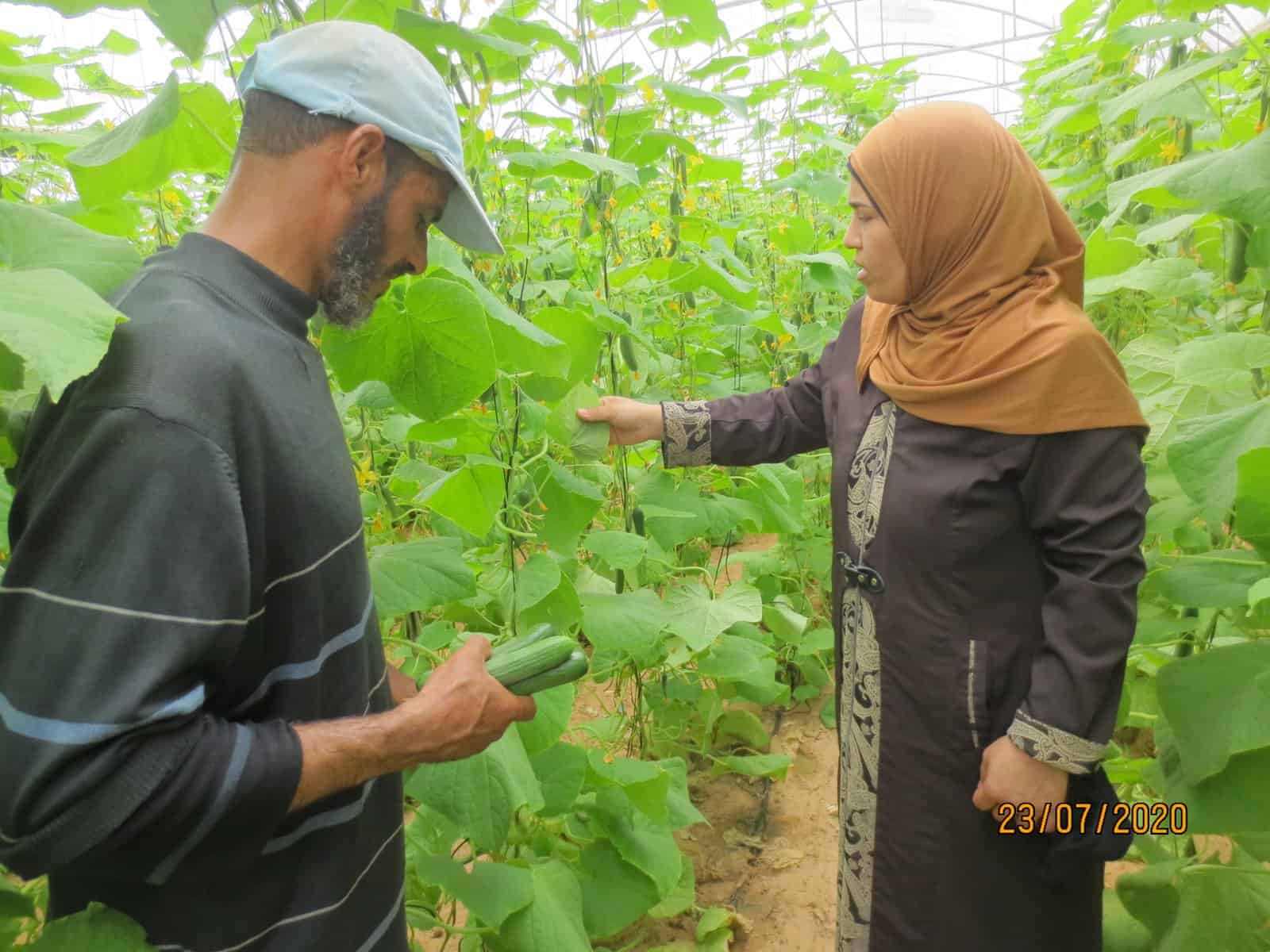 Support worker's rights in Palestine and beyond!

Around the world, workers are organising to build their collective power at work and in their communities. By becoming a member of Union Aid Abroad – APHEDA, you will be contributing towards projects like this that give unionists the knowledge, skills, and power to defend their rights.