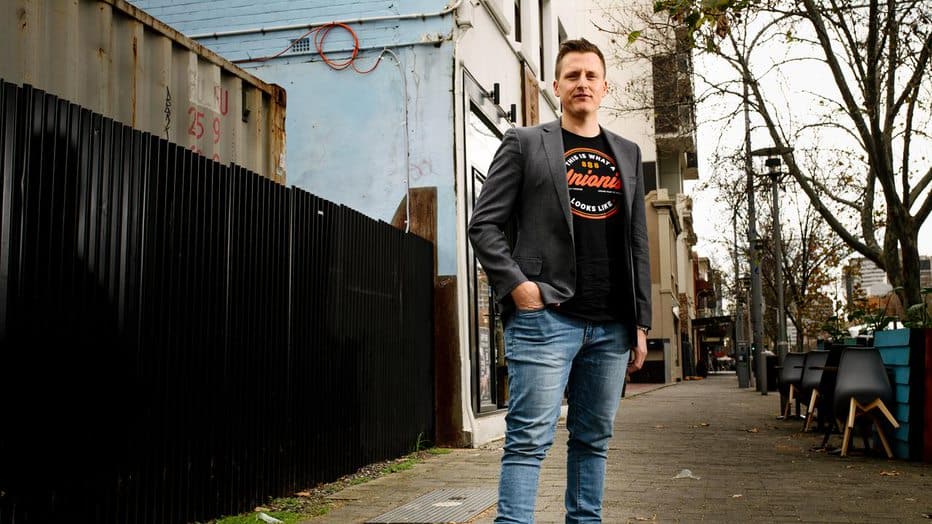 Dale Beasley is the Secretary of SA Unions. Before becoming a union delegate, organiser, and director, he started his working life as a chef. Dale has been an active member of Union Aid Abroad – APHEDA for 11 years, and was elected to his current role in August 2021.

Being union means being ready to stand with, or stand up for, other people when they’re in need, and knowing there are people around you who will do the same for you. It means working together to create a world built on respect, justice, and dignity.

To me, being union doesn’t stop at our national borders. I’m an internationalist. There’s no other way workers in Australia or anywhere can build a society that sustains life on our planet and sees people living in peace and dignity, unless we build that society globally. Our union values of solidarity and collectivism drive me to be an active APHEDA member. 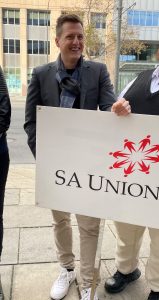 Australia is a global citizen, an island nation reliant on trade and relationships with our neighbours for our prosperity. But there must be responsibility on our part that goes with that reliance and prosperity.

We have the means, in wealthy countries like Australia, to support workers’ movements with fewer means than ours to truly make a difference in their countries. In fact when we have the means, like we do as Australians, we have a responsibility to use them.

Internationalism is the only way the human race will be able to confront the defining challenges of our time: extraordinary wealth inequality, the prevalence of poverty, and climate change.

Personally I’ve been most connected to APHEDA’s partner projects in Vietnam. Our South Australian activist group has for many years been close to these projects due to the connection forged by our late comrade Terri Daktyl. In Terri’s memory, we’ve held an annual dinner for the last 12 years, raising funds to build clubhouses for HIV-positive people in Vietnam, supporting projects providing employment to people with a disability, and providing education and mentoring to Vietnamese women to become more politically active and get elected. Our South Australian union movement are terrific supporters of the annual dinner and it’s been my privilege to have hosted the last three such events.

When you have one-on-one conversations about APHEDA, how do you describe the work and ask people to join?

I bring it back to our values. Our union values demand that Australian unionists support our union brothers and sisters internationally. APHEDA does that vital work helping to build the capacity of worker-led projects across the globe, and as unionists we have a responsibility to support those projects—not just with solidarity but with resourcing!