This month we meet Deb Nicholls, long-time APHEDA member and volunteer trade union education on projects in the Mekong.

Deb Nicholls has been a member of APHEDA since the mid-1980s. A dedicated internationalist, Deb has been volunteering for APHEDA on projects in Cambodia, Laos and Vietnam since 2009. Deb has worked with trade unionists in Viet Nam, Cambodia, and Laos, to organise and build union capacity through member and leader education, increasing gender equality in trade unions. She has also worked as a union educator with GEFONT trade union confederation in Nepal and UNI Global in India, Viet Nam, and Laos, training trainers and training leaders in organising.

Prior to retirement, Deb was an Educator/Organiser with CPSU – PSU and IEU (SA). This month, Deb talks about why building internationalism in Australia is so important and why joining APHEDA is the best way to support this goal!.

For me, this means workers joining together to support each other to improve our lives in a broad movement, locally, nationally, and globally. We campaign for our values of equality, democracy, social justice, fairness, solidarity.

Unions empower workers to achieve better pay and conditions and to educate and organise based on our values. Being union means organising workers to build our power and achieve a better future for all people. It means uniting with workers and people who are organising and campaigning for a better world, in a struggle for our values everywhere. 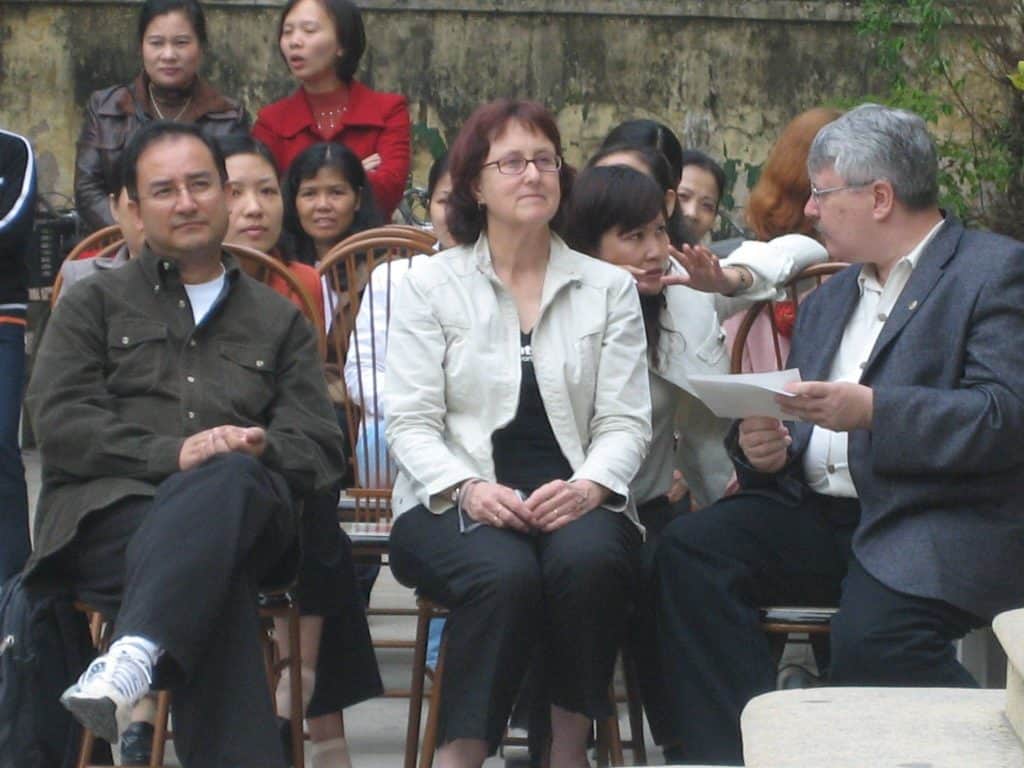 As a trade union educator, we talk of union activists contributing with their heads, their hands and their hearts. When I retired, I wanted to continue to work in an area that supported my values and where I was able to use my skills. At the time, there was an APHEDA project in Viet Nam where a union educator technical advisor was needed to work with a number of trade unions to build their educational and organising capacity. My own circumstances meant that I was able to go to Viet Nam as an APHEDA volunteer.

Being part of the Australian unions’ contribution to the global justice movement as an APHEDA activist, I have been working with our partner organisations overseas in Cambodia, Viet Nam and Laos to build workers’ power and increase gender equality. 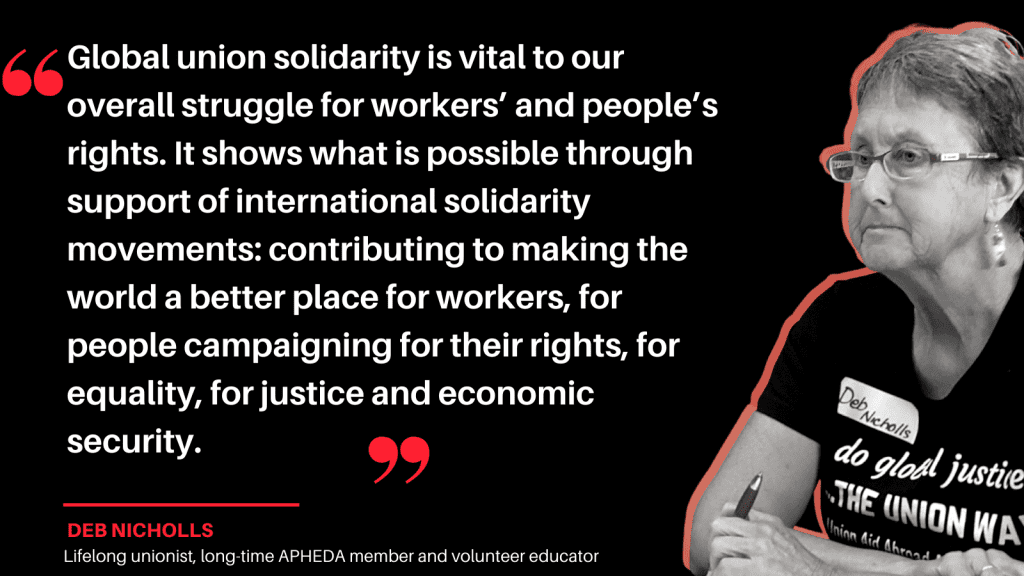 When I was working in Viet Nam and Laos I experienced the importance of unions coming together in solidarity, both from unions supporting APHEDA and from the international union movement and solidarity support organisations: Global Unions such as the Building Workers’ International, UNI Global, other union solidarity organisations including those from Sweden, Finland, Germany and Norway, and organisations such as Oxfam.

Global capital and supply chains means that we need to organise at all levels. It is important to understand and support workers’ and people’s struggles for human rights, social justice and equality everywhere. The bigger picture of global injustice means we need to work together internationally to support unions and communities’ build their strength and power.

We need to be part of international solidarity amongst unions and communities fighting for justice and human rights.

It is not easy to select any one particular part of APHEDA’s work that I am most proud of. I feel pride every time I hear or read of the work of APHEDA, its members and partner organisations, such as APHEDA’s support for our partner organisations in Gaza, West Bank and in Lebanon with the refugee settlements, its support in the Pacific, in the Philippines, in Indonesia and Myanmar.

However, I can speak directly and proudly from my experience working as a volunteer in Viet Nam, Laos and Cambodia in union education, and gender equality.

It is a privilege to work with APHEDA, unions and unionists in other countries where APHEDA has been involved in working with trade union partner organisations as they organise, educate and build capacity for better, safer working conditions and pay, and in support of union values.

I am proud of APHEDA’s work with women’s organisations such as the Women’s Union in Viet Nam with their Leadership development Program with Karen women in Myanmar, with the Lao Women’s Union. Having visited some of these projects, I have been able to see the direct impact they have in supporting our partner organisations and empowering women.

An important outcome I have seen with the projects I have been involved with is their ongoing sustainability beyond the life of the projects. This for me shows how well APHEDA works with its partner organisations.

I have also experienced how well-respected APHEDA is by the partner organisations I have worked with.

Before moving to NSW, I was a part of the SA Activist group. There, I was involved with the Activist Group in educating union members and leaders about APHEDA, global solidarity and international unionism. Our Activist group also organised to increase APHEDA’s membership and to raise funds for overseas projects.

It was a privilege to be part of a local APHEDA activist group of unionists who are committed to international solidarity with workers and people fighting for freedom, justice and human rights. 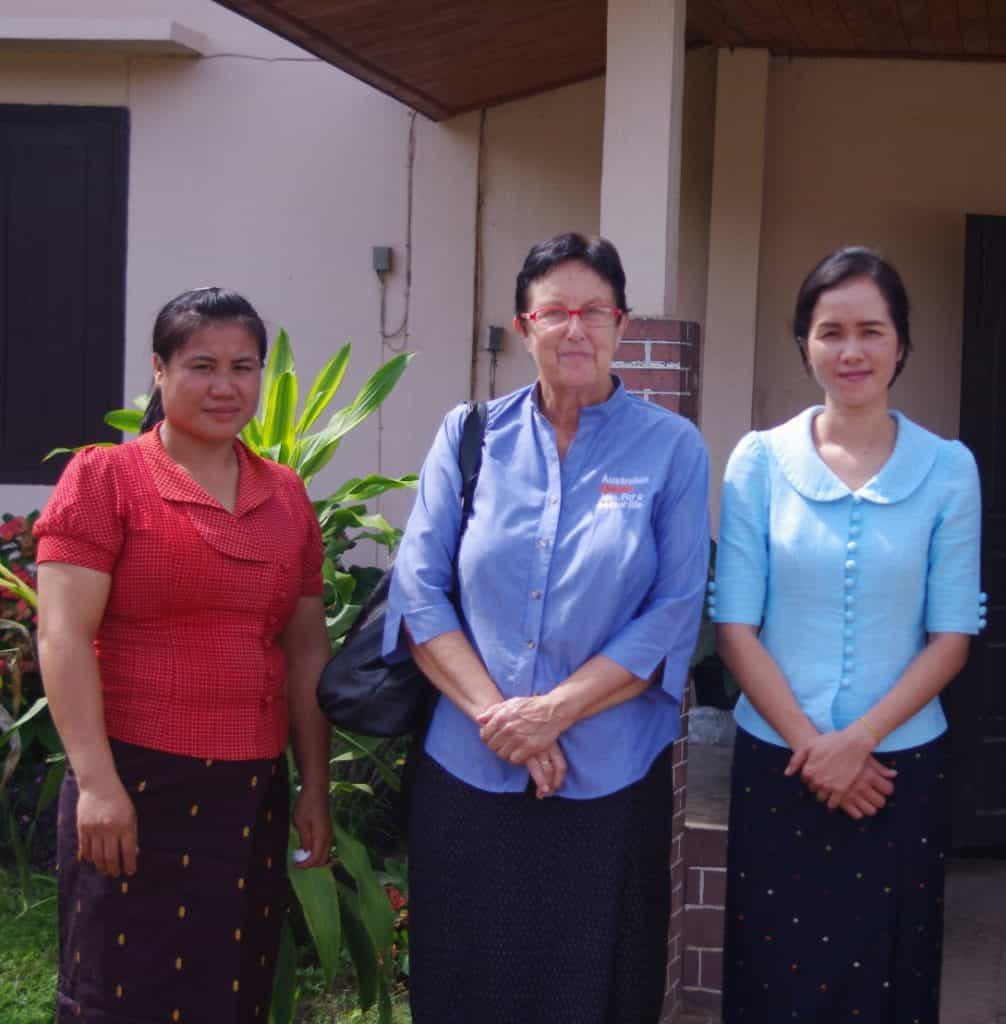 As a volunteer for APHEDA, what do you see as the work that is most important for Union Aid Abroad to focus on into the future?

The current focus for APHEDA in respect of climate change, gender equality, labour migration/refugees and trade unions/workers’ rights are all relevant and important to me.

Climate change in particular is impacting on workers and working people throughout the world.

Immediately, the impact of Covid 19 on people’s ability to have access to employment, Decent Work, food security and health facilities is a crucial area for focus.

Both of these areas are ones where APHEDA is working.

When you have one-on-one conversations about APHEDA, how do you describe the work and ask people to join (OR how would you suggest APHEDA members get actively involved in APHEDA)?

Conversations can include sharing the values and projects of APHEDA, linking to what people are interested in, to the issues that are important to them in their union, linking local to global, talking with people about my own experiences of what I do and the reasons I do it.

It is also useful to have a local activist group that people can connect with. This provides opportunities for support and involvement at a local level, with other activists.

Asking people to come to APHEDA events, such as the APHEDA annual dinner has also been a good way to encourage membership and involvement.

Our SA Activist group has also been involved in educating union members and leaders at conferences, training courses, developing links with unions, having contact people in unions.

As with general union organising, encouraging people to get involved requires conversation and discussion. Participation in any local activities or work they may be interested in, or suggesting using their skills and experience to become more involved is definitely worth pursuing. 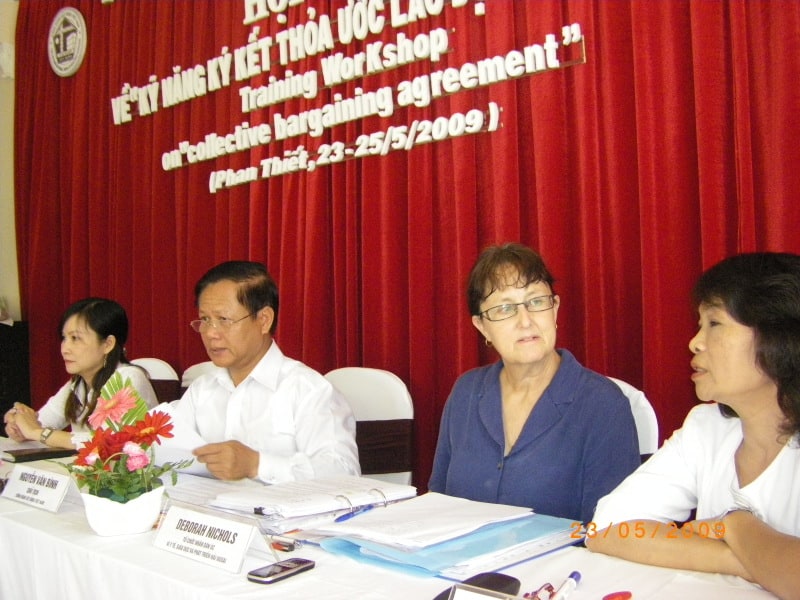