APHEDA People – Elisabeth de Araujo: “We are strong together” 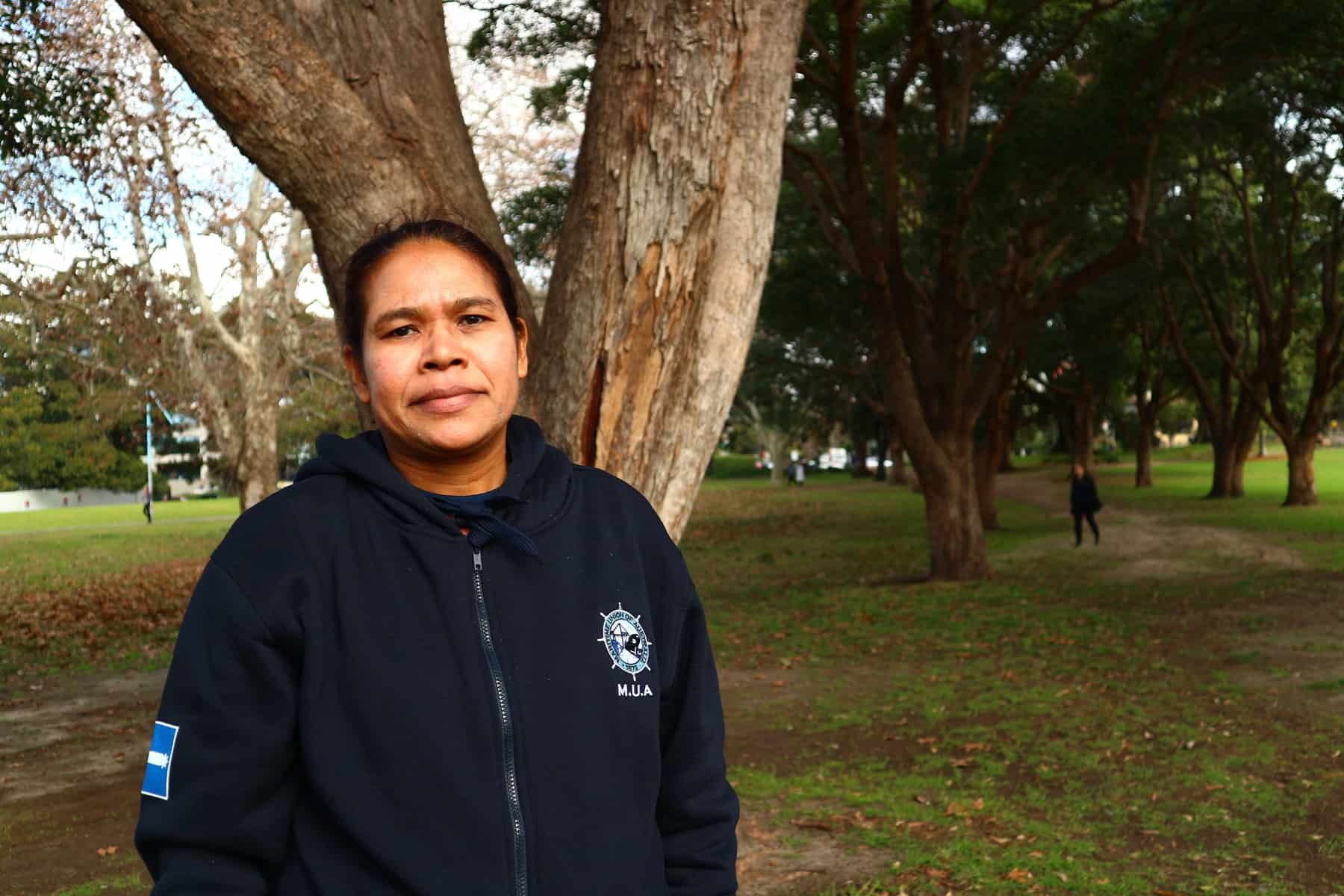 When Elisabeth de Araujo meets with domestic workers in the Timorese capital of Dili, she tells them: “you are a worker as me, I am also a worker – all of us are in the same position, so we have to come together to fight for better conditions.”

This, Elisabeth says, is solidarity – “solidarity is working in unity.”

Elisabeth explains that even though their work is so important in running the households of Dili’s families, and despite their work being hard and tiresome, domestic workers often earn well below Timor Leste’s minimum wage. And if they ask for a dignified wage or enough time to rest, their employers can easily deny them these rights because often they are not given the security of a written contract.

Outside of Dili, Elisabeth works with farmers’ unions to boost crops and strengthen farmers’ bargaining power at the market. The big challenge for the farmers, she explains, “is that they produce food but they are not the ones saying the price.”

But by coming together in a workers cooperative, the farmers “prepare the soil together, produce together, and sell together.”

This, Elisabeth believes, is what it means to be in a union:

“To be in a union is to be united to change things.”

After eighteen years of working with Union Aid Abroad – APHEDA to strengthen unions in Timor, Elisabeth is proud of the fact that “we are very unique. We really support our partner organisations for the long-term, not only for short-term projects. We build up the trust, build up the relationships. We work closely with the community, and work closely with the local partner organisation, we share experiences and share knowledge.”

Stand up for decent work

You can support Timorese domestic workers in their fight for dignified workplaces by becoming a member of Union Aid Abroad – APHEDA.