Andrew Dettmer, National President of the AMWU, has visited a number of Union Aid Abroad – APHEDA’s projects in person and believes that joining APHEDA is the closest thing you’ll get to a religious experience!

I am a union member because capitalism is a perverse system which takes from those without and gives to those who have, and the only way to correct this imbalance is for workers to combine together and build a new world, the basis of which is collectivism – and unions are the embodiment of that collectivism. I am proud to be Union – and especially proud to be AMWU.

Union Aid Abroad-APHEDA is the best of us. It operates to empower people in their communities to redress the inequality that they, their families and communities suffer, and it does so without “charity” or other do-gooding but actively gives people the tools to change their lives and that of those around them. To paraphrase the old saying, it doesn’t give people a fish to feed them for a day but helps them learn to fish so they can feed themselves. I’m proud of being a Union Aid Abroad member and have been since Cliff Dolan signed me up at Clyde Cameron College in the 1980’s.

Strength in numbers, and commitment to the cause. I’d like to see all unions put an application for APHEDA membership on their cards. More APHEDA members means making more of a difference in our region – especially at a time when the Turnbull Government is cutting back overseas aid.

What part of APHEDA’s work do you feel most connected to/proud of? Why?

I have been privileged to see many of APHEDA’s projects in person. One which I am proud of is the women’s brush-making coop in Vietnam; there, women are trained in the techniques of brush-making, given access to the plants and materials, and set up in business. And they were also a very proud bunch of workers who were very happy to make fun of this big Aussie bloke who blundered around their workplace. That, and asbestos; the campaign has been relentless for unions like the AMWU over many years, and Union Aid Abroad being in the trenches with us has been a game-changer, particularly in SE Asia, with Kate, Sharan KC and Phil leading the way.

What do you see as the issues of greatest concern to focus on into the future?

We have to be resolute in supporting projects which are about empowering workers and communities. There are many claims on our limited resources, and many which deserve our sympathy (and in the case of natural disasters, our cash). But unless they are about empowerment then however reluctantly, we need to avoid them. So projects like the Bac Kan Women’s Union (in northern Vietnam) and the various coops which have been set up under its auspices must be our yardstick – they have been assisted to create a new world for women and their communities, and I reckon that’s an amazing outcome for those women, their families (including the men) and their communities and the nation.

The last time was at the ACTU’S NexGen Organising Conference in June and I told people that it was the closest thing they’d get to a religious experience. I even signed up a comrade from NZ!

One of our highlights from the ACTU’s NexGen Conference last month: National President of @theamwu, Andrew Dettmer, signing up a comrade from New Zealand to APHEDA! Love your global solidarity work, Andrew! 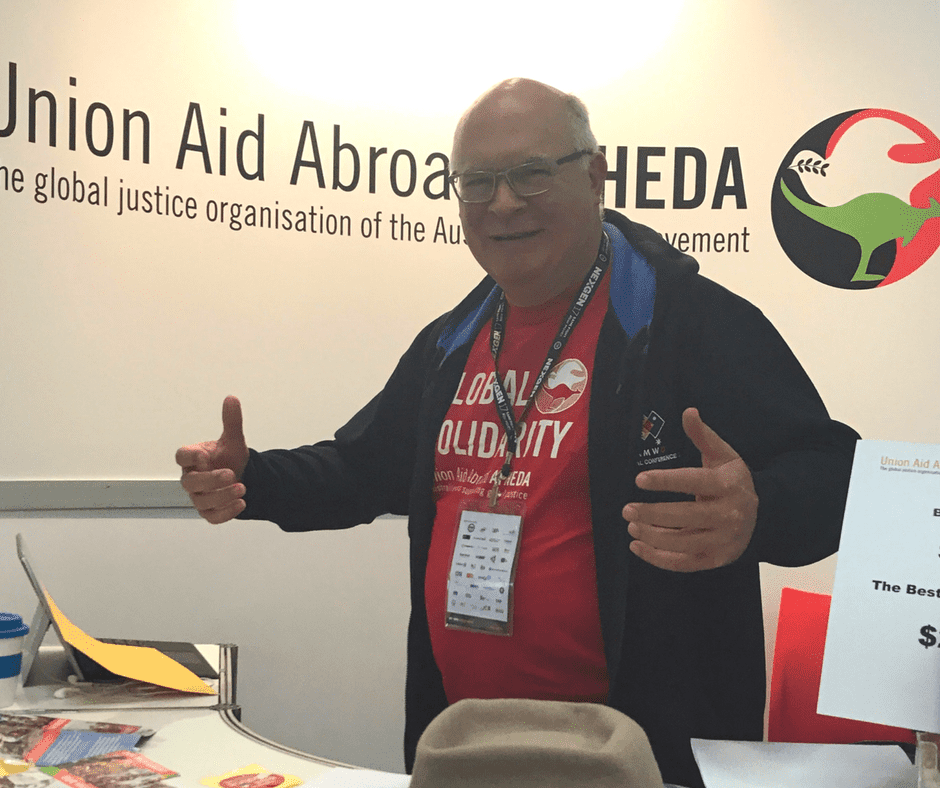