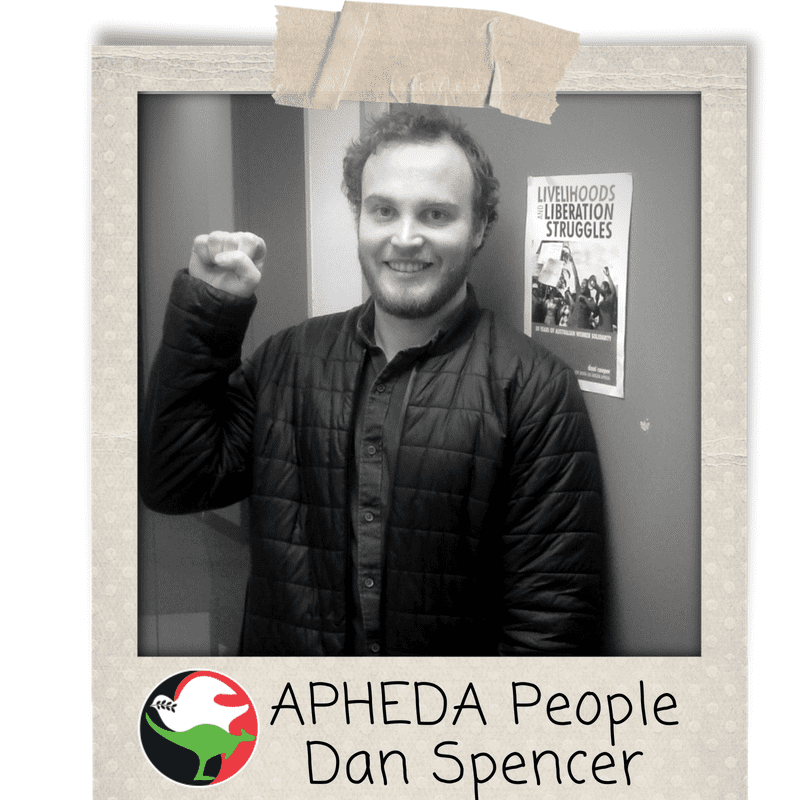 Dan is a long-term APHEDA member who has recently taken on the position of senior campaigner at the ASU. Dan supports ASU members in their struggles across industries, focusing on just transition and action on climate change.

Tell us about your work?

Before becoming a campaign organiser at the Australian Services Union SA+NT Branch I worked as a community organiser with the Port Augusta community who was facing the closure of the town’s coal-burning power station. Together the community with the support of energy unions and other allies was able to secure a new large solar thermal tower with storage to be built in the town. This created new jobs beyond coal. While the transition wasn’t perfect, the community and union campaign was critical in securing a new future for the town. Read more about this inspiring community and union campaign

Being union means standing together at work and in the community to win a fair and just society for everyone, at home and abroad.

Why is climate change a union issue?

Climate change is a union issue because it compounds every issue that we care about and it impacts Indigenous people, people of colour, women, poor and working people the most. Whether it is workers in the energy industry who need a just transition as old fossil fuel industries close down or workers in social services who support the most vulnerable during a heat wave. Each and every one of us have a stake in action on climate change.

Being APHEDA means acting in solidarity with unions in poor countries as workers take action to improve their lives in the workplace and the community by taking action on issues like dangerous global warming.

It’s important as Australian unionists that we use our resources to back unions in the global south. Union Aid Abroad – APHEDA is the way we do that and the more of us who join up to APHEDA the more work they can do. Not a member? Join today!

Union Aid Abroad – APHEDA is strongly supported by our union office, but on a personal level, I could (and will!) be doing a lot more to spread the word!