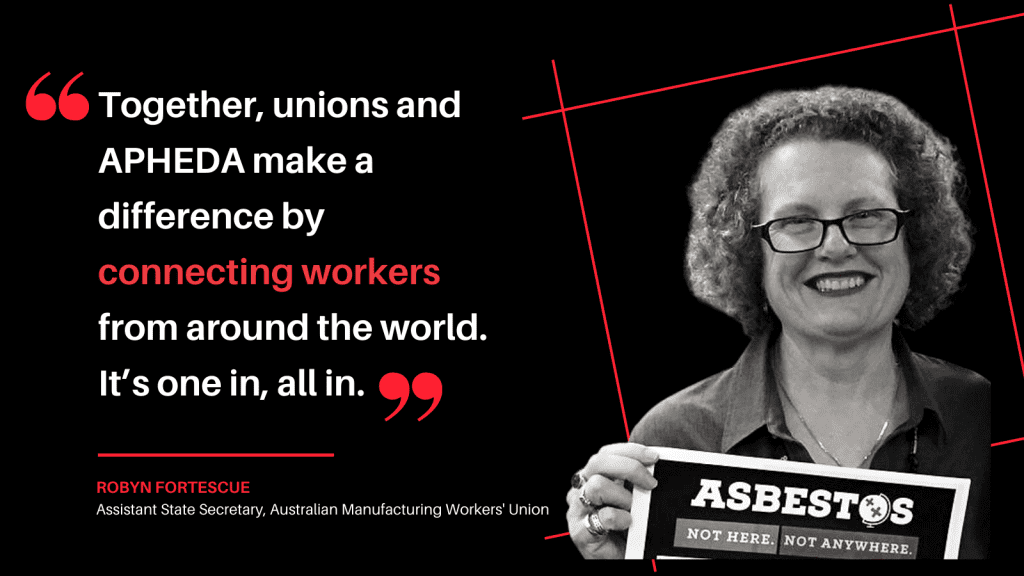 Robyn Fortescue is the assistant State Secretary of the Australian Manufacturing Workers’ Union. She has been a member of Union Aid Abroad-APHEDA for more than 30 years, travelling overseas twice as part of APHEDA-led delegations to New Caledonia and Myanmar.

Being union means acting to make both workplaces and society fairer, it goes beyond mere wages. We work to improve the life of our families and communities and ensure that people have a voice and are listened to.

APHEDA works with communities, it’s not just about trade unions, it’s about giving people support and sharing our experiences of social change. 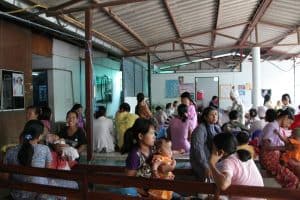 A health clinic on the Thai/Myanmar border. Photo: Robyn Fortescue.

One of the first things I did with APHEDA is go on a delegation to Kanaky/New Caledonia in about 1989. It was at the time of the independence struggle and the ceasefire. When we landed, we had a line of gendarmes with machine guns across the tarmac and the group was tailed by them in a most obvious way.

The group went to different islands, at the time of the independence movement and the ceasefire. It brought home to me the different way the Kanaky people were treated compared to the French people. They had poor conditions in their workplaces, they needed to be able to form unions to improve their situation.

Because despite what we think, we’re not an island. We have obligations to support all working people. It’s one in, all in. APHEDA also educates our trade unionists and builds international understanding and solidarity.

We all deal with international global capital. The businesses here that are exploiting people are the are doing the same thing overseas. So, if we can talk and work together, we can make change. We have a history of doing that. We can’t silo ourselves.

Capital attempts to divide workers by race, by gender identity, and by creating fear of “the other”. Together, unions and APHEDA make a difference by connecting workers. 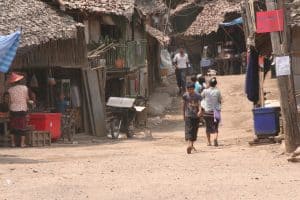 A refugee camp on the Thai/Myanmar border. Photo: Robyn Fortescue.

The work of APHEDA in Myanmar is very important, especially now. Without groups like APHEDA and Myanmar campaign groups then the suffering of the people is ignored and they are exploited by crony capitalists.

I also went to the Thai Burma/Myanmar border with an APHEDA delegation. There I saw people who were forced into exile facing poverty. But I also the absolute dedication of the different groups who are helping their communities. For example, workers at the medical centre who sent backpack medical teams to look after people. I saw how they ran schools, and how important education was to young people because they see it as a way to help their people in the future.

We also saw some of the factory workers. At the time, international companies were moving in to exploit low wages and poor conditions. This was before international trade unions had been able to set up in Myanmar, so it was important to support them to help build a trade union movement.

The work APHEDA has done in the Pacific region is very important in building capacity through concrete support. And our Palestinian work is also very important. It’s standing up for people and human rights when you get down to it.