From Australia to Zimbabwe via Timor Leste, the Philippines, Myanmar and Cambodia, Union Aid Abroad – APHEDA’s partner organisations took part in colourful May Day celebrations against a backdrop of banners, flags, drums, singing and chanting.

From Sydney to Yangon, here is a video of how Union Aid Abroad – APHEDA and our partner organisations celebrated May Day 2019!

Australia: Sydney and Perth – workers gather to Change the Rules

For the first time in many years, a May Day rally took place in Sydney on 1 May. Workers gathered in Hyde Park for moving speeches to celebrate all that we have won and continue to fight for. Patrizia Cassaniti, the mother of 18-year-old Christopher Cassaniti who died on a construction site in April, addressed a large crowd with a powerful speech:

Another notable speech was from high school student, India, who took to the stage representing student strikers for climate action. India thanked the Sydney union movement for standing with students in recent global student strikes. She committed students to stand in solidarity with unionists fighting to Change The Rules in the struggle for safe workplaces and for a just and fair transition to renewable energy. India said students will strike again in September in a global strike and asked the Sydney trade union movement to stand with them again in the struggle to stop global warming! Watch India’s full speech here.

A few days later, Sydney celebrated again with the May Day Family Fun Day and March while in Perth, activists from Union Aid Abroad – APHEDA’s Perth Activist Group held a stall at May Day festivities in Freemantle. 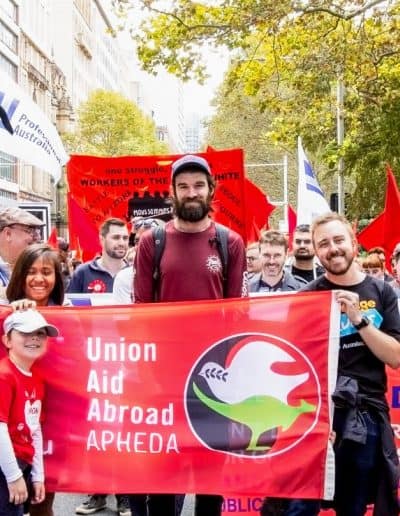 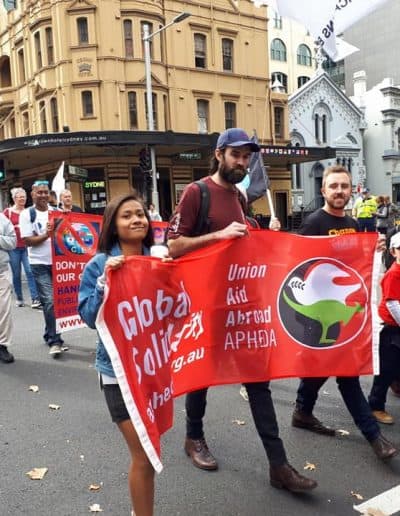 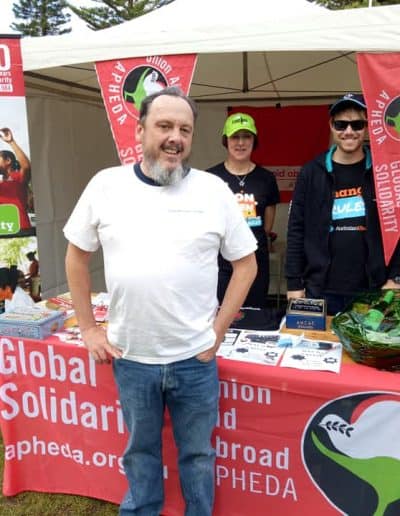 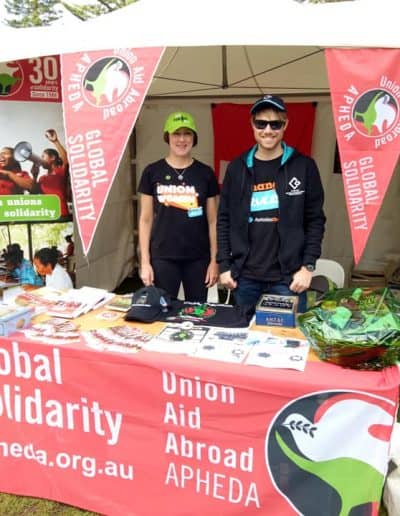 An estimated 5,000 workers attended the May Day Rally in Phnom Penh organised by Cambodian Labour Confederation (CLC). Despite the official march route following the rally being cancelled, workers still negotiated a shorter march around the famous Phnom Penh landmark, Wat Phnom temple. Workers handed over a list of 20 demands to the Ministry of Labour at the rally.

Some of the demands included: 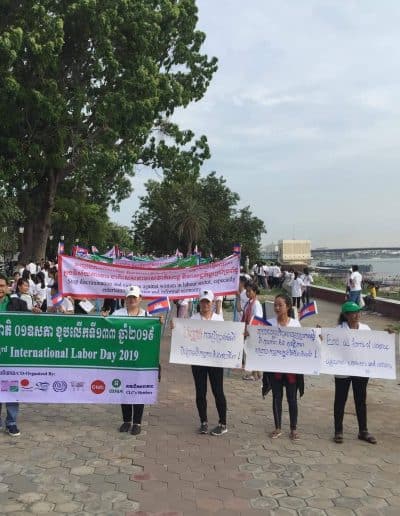 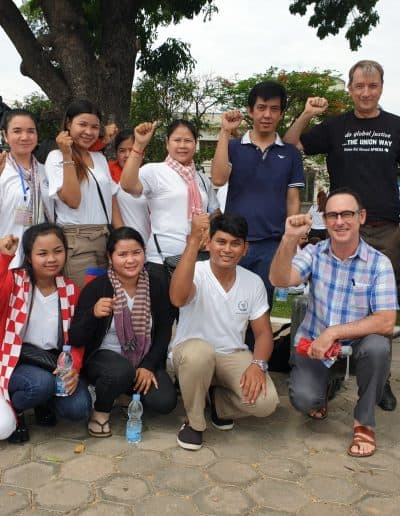 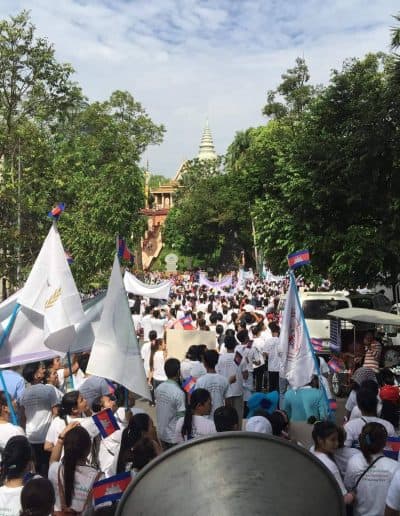 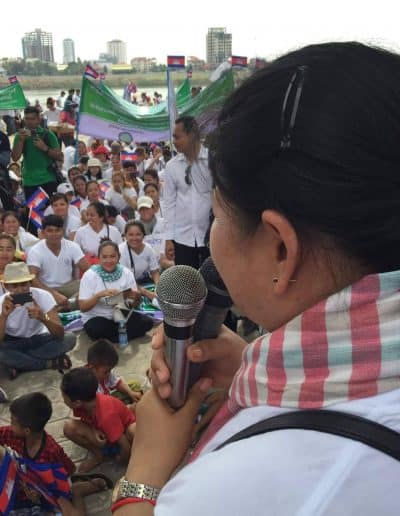 Myanmar: workers in Mandalay and Yangon take to the streets

Around 300 workers took to the streets of Mandalay for a small but powerful May Day rally. The rally was organised by APHEDA’s partner organisation, MICS – TUsF – Myanmar.

Meanwhile, in Yangon, it is reported that over 7,000 workers came together in solidarity to mark the 129th international labour day. 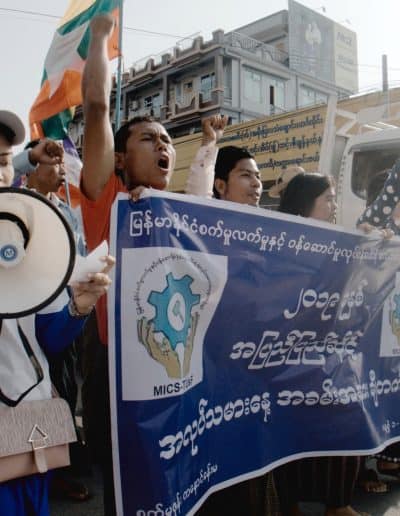 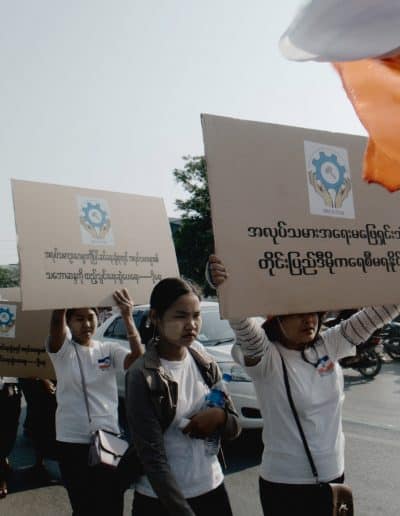 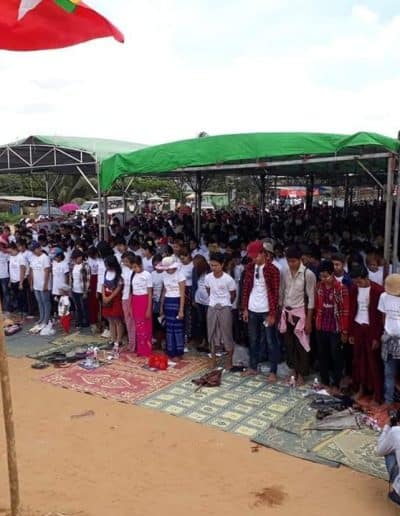 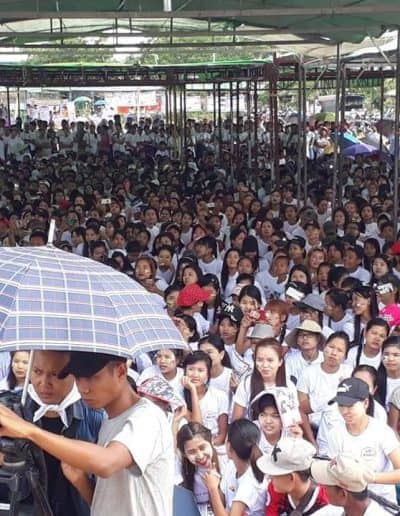 Thousands of workers took to the streets across the Philippines on May Day. In a sign of ongoing unity against the Durtere Government’s anti-worker policies, union centres stood together including Union Aid Abroad – APHEDA’s partners Kilusang Mayo Uno (KMU) and Sentro ng mga Nagkakaisa at Progresibong Manggagawa – Sentro. They demanded an end to sham contracting across the country (or Endo as it is known locally) and a national minimum wage. They also called for the end to violent trade union repression and growing authoritarianism in the country.

May Day in Dili saw the largest rally of workers gather in the capital in decades. Union Aid Abroad – APHEDA’s partner organisations in Timor were actively involved in the 2019 May Day Committee and worked hard to ensure all workers were represented and that the rally was as inclusive as possible. The result? Dili’s biggest, loudest and best May Day ever! Read more about this historic May Day in Dili 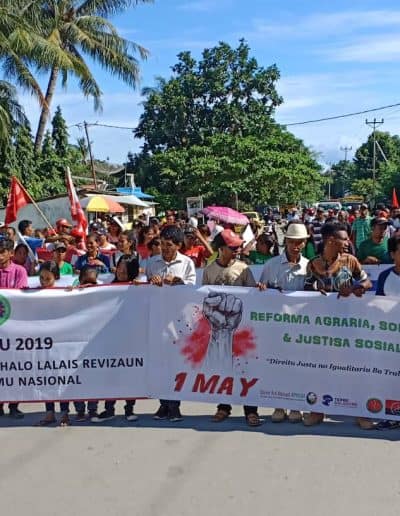 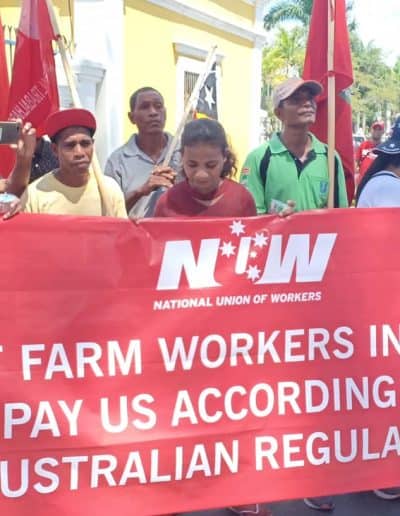 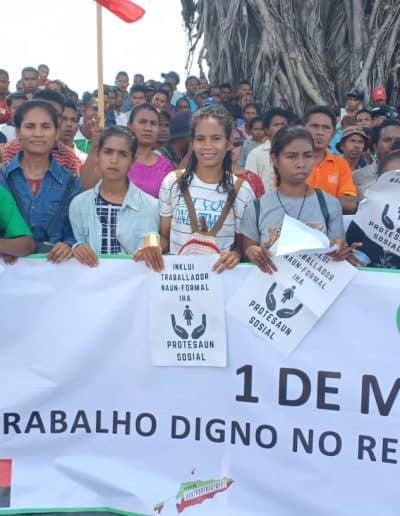 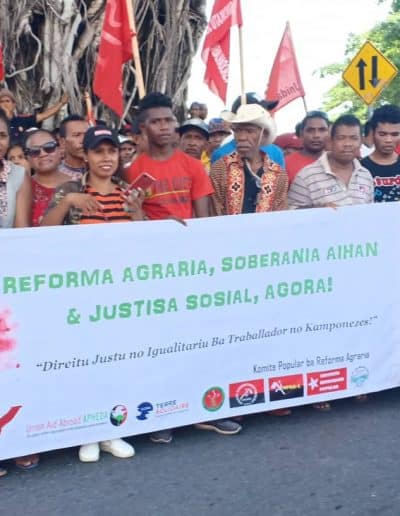 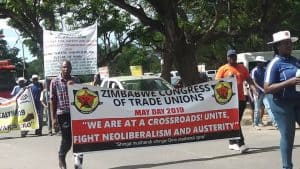