To make a tax deductible donation via APHEDA – Union Aid Abroad, call 1800888674 or  DONATE ONLINE by going to “Make a Donation” and specify Western Sahara under C “one off donations and appeals”. AWSA will arrange with APHEDA to send the money to the Sahrawi Red Crescent. 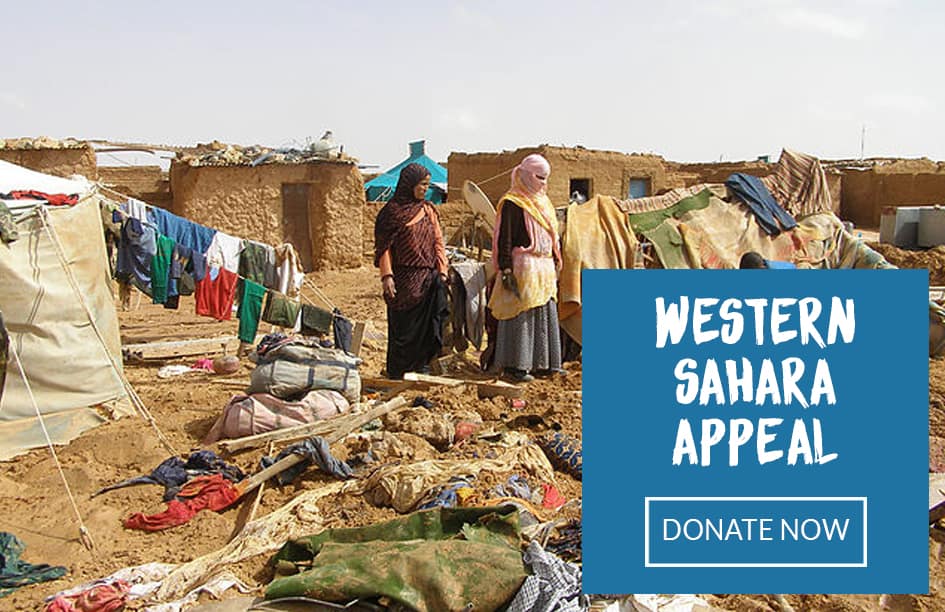 ‘Never before have the Sahrawi refugee camps been hit by a natural disaster of this magnitude,’ said Kamal Fadel, representative of Western Sahara in Australia. ‘Help is urgently needed to prevent a humanitarian disaster. We hope that Australian individuals, organisations and unions will give generously in a gesture of good will to assist my people who have lost everything.’

The flood damage has been huge, with the United Nations High Commission for Refugees estimating that at least 25,000 Saharawi refugees are affected. Mud brick homes and tents have been destroyed, and more than seventy-five per cent of infrastructure and essential services are gone. See: https://www.youtube.com/watch?v=F-gG_Hfv61c

The Saharawi refugees have been living for 40 years in a harsh desert environment with dust storms and extreme temperatures and now unprecedented flooding is adding to their desperation. The loss of food stores is particularly serious as the refugees rely on foreign aid.

AWSA has launched an appeal for funds in conjunction with APHEDA – Union Aid Abroad.

Relief agencies have made an initial assessment of the devastation and identified an urgent need for tents, plastic sheeting and blankets, food and medicine. Flood water must also be removed and infrastructure rebuilt to avoid disease, contamination of water sources and buildings collapsing. http://www.unhcr.org/562a19706.html

There is little rain in the Sahara for most of the year. When it does come it can be devastating, especially for mud-brick constructions.

An early assessment conducted by the Sahrawi Red Crescent showed that hundreds of mud-brick homes have been destroyed or damaged in the refugee camps. Those living in traditional Sahrawi tents were spared the worst of the devastation, but only a minority of families possess such tents. Other infrastructure damaged or destroyed includes dispensaries, hospitals, schools, shops, livestock sheds.

UNHCR is playing a leading role in the humanitarian response, working with the Sahrawi refugee population, as well as UN agencies, World Food Program and UNICEF and other partners. They have begun to assist the families whose homes and food supplies were damaged or destroyed, and predict that the numbers affected will increase with continuing rain. In a joint effort, bread, fresh food and drinking water is being delivered to the camps.

UNHCR is urgently appealing to donors for emergency funds to respond to the flooding crisis in the Saharawi camps.

Western Sahara refugees
Saharawi refugees have been living for 40 years in the arid Tindouf region of southwest Algeria where they fled the occupation of Western Sahara by Morocco after Spain withdrew from the Western Sahara. Since 1992 the Saharawi have been waiting for a referendum on self-determination promised by the United Nations.