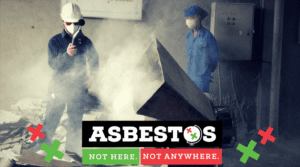 Over 60 countries have banned asbestos globally, including Australia. The asbestos industry has been pushing the false ‘safe use’ argument for decades. The Canadian government was a supporter of the Chrysotile asbestos (white asbestos) industry up to their decision to ban asbestos from 2018. This has eroded the strong support for the ‘safe use’ of asbestos campaign.

Currently, the asbestos industry is trying desperate measures to ensure the Chrysotile asbestos market is not further reduced. They are combining misinformation with legal threats, as well as economic inducements to bureaucrats and politicians; and engaging in bullying tactics.

For example in Vietnam, the Roofsheet Association sent threatening letters to all members of the Vietnam Ban Asbestos Network members in 2015 to take “legal court action” for campaigning to ban asbestos in Vietnam. The industry also organised study visits to exporting countries Russia, Brazil as well as Thailand to demonstrate the safe use of asbestos for the National Assembly members (parliamentarians) and bureaucrats from Vietnam, Laos, and Cambodia in 2014, 2015 and 2016.

Their propaganda on the safe use is disseminated through misinformation and deliberately trying to create confusion. The best example of this is the 5-minute documentary which the industry-funded Chrysotile Information Centre has posted on their website which states that “chrysotile fiber will be dissolved within 2 weeks in the body”. The irony of this is that on the one hand, they promote Chrysotile asbestos as one of the hardest fibers which is not damaged by high heat, fire etc. and then also state that it will be dissolved in 2 weeks within the human body. The World Health Organization (WHO) unequivocally says that white asbestos (chrysotile) is a carcinogen and a threat to human health. The WHO also supports a global ban on its use. Anyone suffering from or dying from an asbestos-related disease knows that the fibers do not dissolve in the body within 2 weeks. 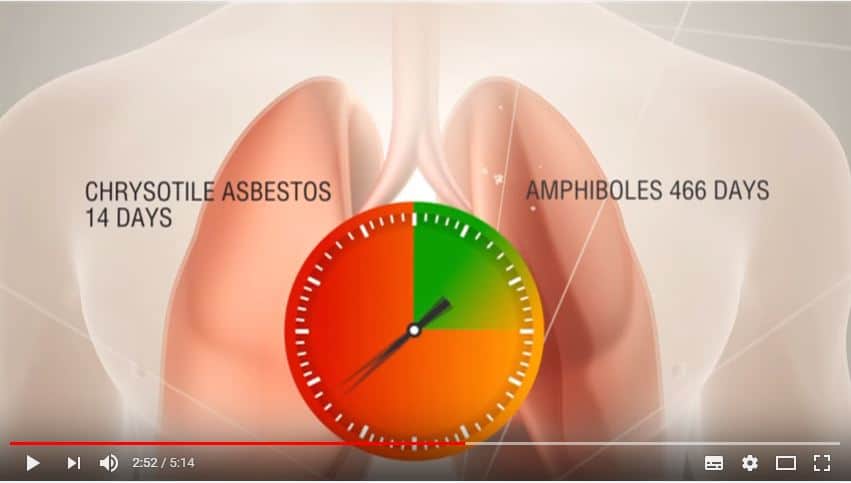 Footage from Chrysotile Information Centre misinforming viewers that chysotile asbestos fibers in the lungs can dissolve within two weeks claiming the fibers don’t pose any risk to human health (compared to a group of minerals called Amphiboles which take 466 days to dissolve).

The industry has a wide network and engages in espionage activities (see New Matilda’s investigation, ‘Lethal Lies’ – Part 1 and Part 2). In 2015-2016, the industry deployed an agent to infiltrate the ban network to find out the tactics of ban groups and individuals, and also try to create conflict within the group and with others to weaken the movement.

The global ban asbestos campaign has definitely had an impact which is seeing the industry try any measure to continue to make a profit at the expense of human health. The asbestos lobby has now resorted to using the head of state to threaten bilateral relationships and economic harm. As pointed out by a Vietnamese journalist in June 2017, the president of Russia has informed his Vietnam counterpart that if Vietnam bans asbestos, it will harm the bilateral relationship and trade between the 2 countries.