In a long-awaited but welcome development, the Asian Development Bank (ADB) has released its ‘Good Practice Guidance for the Management and Control of Asbestos: Protecting Workplaces and Communities from Asbestos Exposure Risks’. 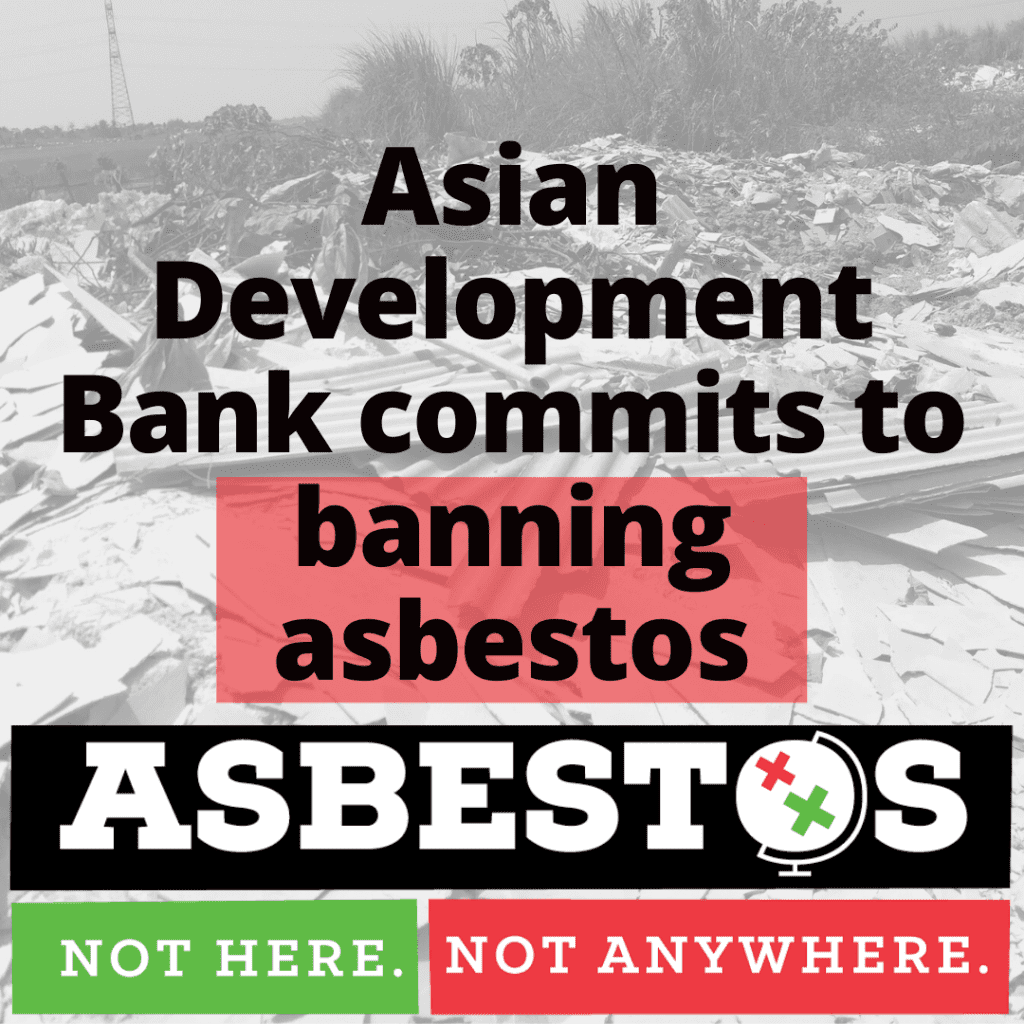 It is the first step in a two-step process under the ADB’s safeguard policy that will eventually exclude asbestos-containing materials from ADB-financed projects. During the launch of the guidance document this month, Bruce Dunn, the Director of Safeguards in ADB’s Sustainable Development and Climate Change Department signalled that the ban will be announced in March next year – a move that will impact nearly $USD50 billion in ADB commitments in the region. In the meantime, Dunn noted that an internal directive will be issued to ADB staff to avoid the use of asbestos-containing materials in existing and new procurement.

The campaign to eliminate asbestos-related diseases by global and national trade unions asbestos ban groups and victims has been targeting multilateral banks for many years including the ADB and Asia Infrastructure Investment Bank (AIIB) as well as the World Bank Group. Last year, the AIIB amended its Environmental and Social Framework to exclude asbestos-containing materials from AIIB-financed projects – a major win for the campaign – affecting $USD3.3 billion annual infrastructure supported investment projects across Asia.

Up until now, asbestos fibre has been banned. However, materials containing less than 20 percent asbestos fibre have been allowed. The campaign has called on the banks to take action to prohibit the use of chrysotile asbestos-containing products and thereby eliminate the exposure risk caused by bonded asbestos products to workers and consumers as these products age, decay or are disturbed. Now that the AIIB has excluded asbestos, a future ADB asbestos ban would be a significant blow to the asbestos lobby which continues to actively promote the use of this deadly material.

Union Aid Abroad will continue to work with unions and regional ban groups to campaign for a total asbestos ban in the region.