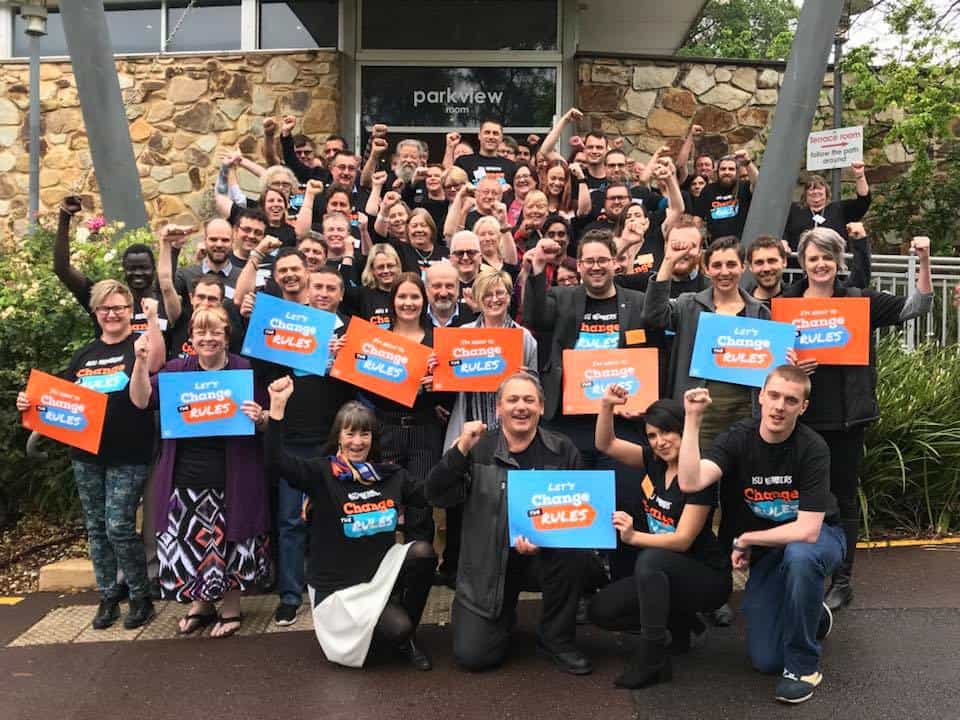 Close to 100 unionists packed out the Southern Parklands in Adelaide earlier this month for the 2017 Australian Services Union SA/NT Branch Members Conference.

Following the Australian Unions led ‘Change the Rules’ campaign, ASU delegates and members spent the day listening and discussing issues within Australia and how to improve them.

Keynote speaker Dr Jim Stanford from the Centre for Future Work began the day by reminding the crowd despite massive growth in economic output in the past 30 years, there has been little wage growth and the gap between the rich and poor is greater than in previous generations.

A delegation of speakers from community organisations including Union Aid Abroad addressed the members and explained the crossover between community campaigns and workplace disputes.

From First Nation struggles, diversity within movements, same-sex marriage, renewable energy and the ongoing battle to ban asbestos, attendees were introduced to campaigns being fought around the world.

Many ASU members showed their support for the ‘Asbestos. Not here. Not anywhere.’ campaign by sending a message of solidarity to those fighting at the frontlines.

Attendees finished the day by strategising for 2018 on how they would ‘change the rules’ and pledged to take action to improve conditions for themselves and workers country-wide.

A special visit by ACTU Secretary Sally McManus capped off the evening as she encouraged members to take a stand against an unfair system and join workers around Australia to ‘Change the Rules’.