At the peak conference of Australian civil society organisations, Union Aid Abroad – APHEDA called on its friends and allies to stand in solidarity with the Saharawi people in their long struggle for self-determination and independence.

The conference of the Australian Council For International Development (ACFID) – the peak body for aid and development organisations – gave its support to the resolution which commits to “stand in solidarity with the people of Western Sahara and provide all due assistance in their struggle for freedom and dignity.” 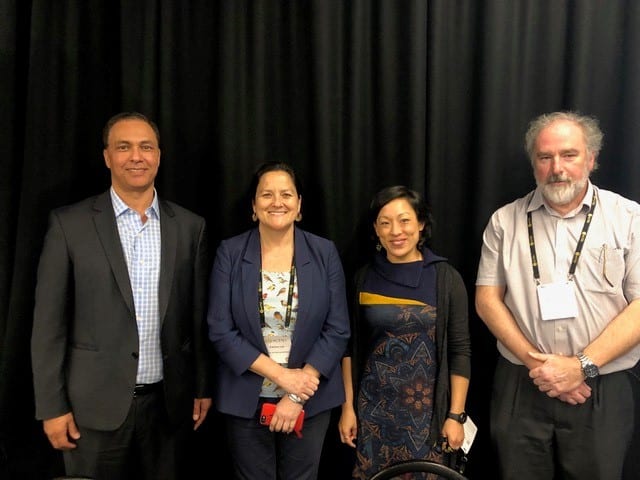 The resolution also calls on the United Nations to implement the peace plan and referendum on self-determination “without delay,” and to extend the mandate of the UN mission to include the monitoring of human rights abuses.

The  aid community also called on the Australian government and the United Nations to act to ensure that the illegal exploitation and export of Western Saharan resources ceases.

“The Australian community must do all we can to help free Africa’s last colony, Western Sahara” ??At the peak…

“Today’s decision by ACFID members to support the resolution on Western Sahara is a strong signal from Australia’s development community that the status quo is not acceptable. The violation of human rights and ongoing illegal occupation by the Moroccan regime must end, and a pathway to peace implemented.”

“For too long the Saharawi have been denied their legal right to a referendum on self-determination, which was agreed to twenty-eight years ago, yet is continuously obstructed by Morocco. The Australian community must do all we can to help free Africa’s last colony.”

The resolution recognises the continuing abuses of human rights which the Saharawi people have suffered under the Moroccan occupation:

ACFID Conference condemns the gross violations of human rights in the occupied territories of Western Sahara and demands the release of all political prisoners and civil society activists from their unlawful detention.

ACFID Conference also calls for an end to the plunder of Western Sahara’s natural resources and the damage to its environment, particularly unlawful fishing and groundwater depletion;

This important show of solidarity was co-sponsored by Union Aid Abroad and ActionAid Australia.

Stand with the Saharawi People

The Australian Western Sahara Association (AWSA) allies with Union Aid Abroad – APHEDA to raise awareness of the Saharawi people’s cause in Australia. Find out more about how they are campaigning for self-determination, human rights, and justice in Western Sahara.