Elmer Bong Labog, leader of the Kilusang Mayo Uno (KMU) union federation in the Philippines, called on Australian unionists and internationalists to stand in solidarity with their brothers and sisters on a Solidarity Tour in Perth, Melbourne, Canberra, and Sydney:

“The intensive harassment and repression of trade union members and working people in the Philippines deserves to be condemned by all who value basic human rights and the rule of law.”

And union members responded to Elmer’s call, with strong numbers of activists attending the events. Take a look at the photos below! 📸 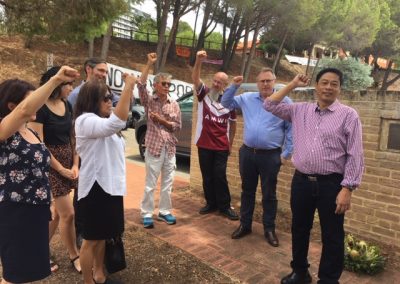 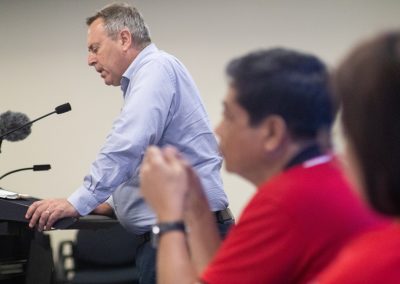 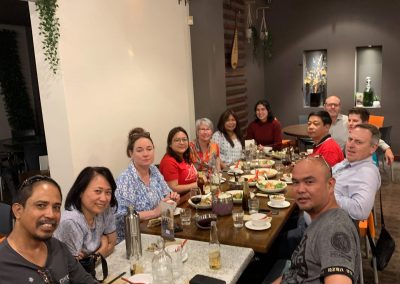 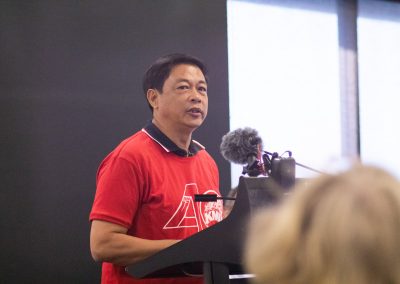 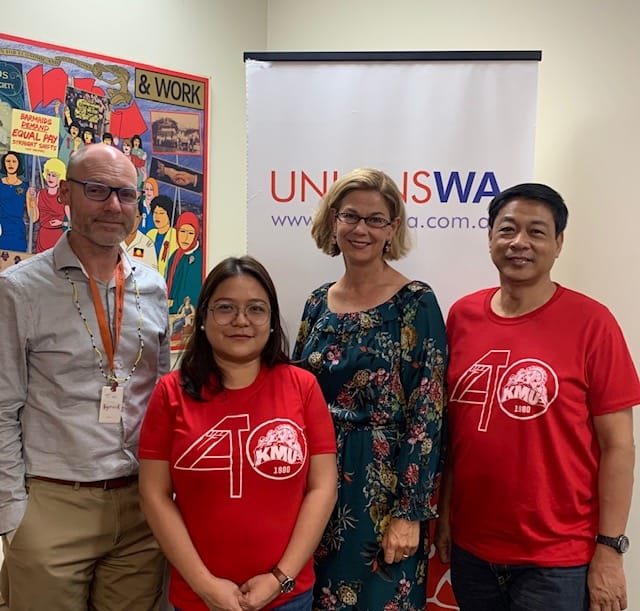 In Melbourne, more than seventy-five Victorian unionists gathered to hear Elmer and Meryle in conversation with Brother Thy Yann from the Building Woodworkers Trade Union of Cambodia (BWTUB)  and Andrew Dettmer from the AMWU – Australian Manufacturing Workers’ Union about trade union repression across the Asia Pacific. 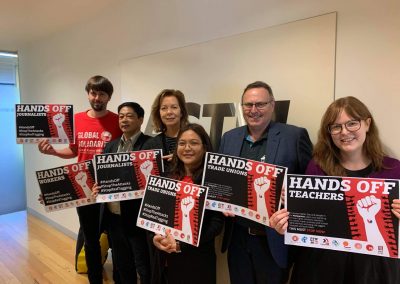 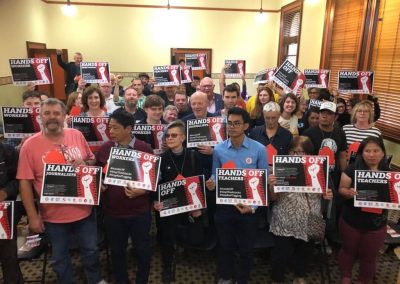 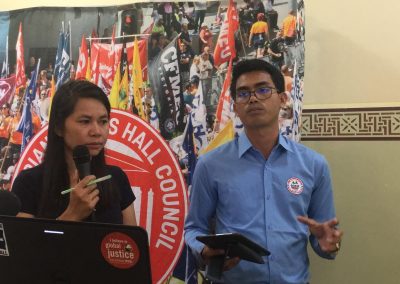 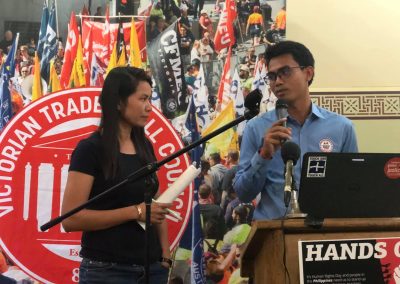 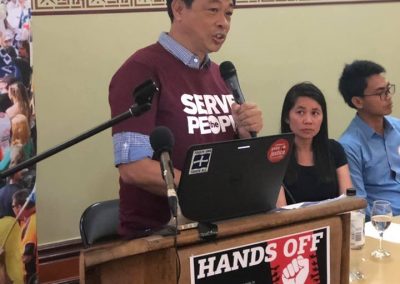 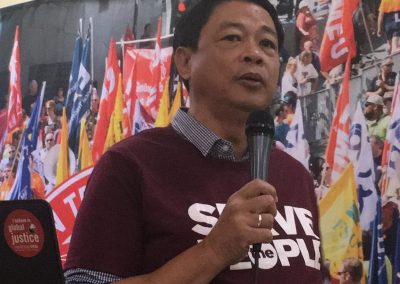 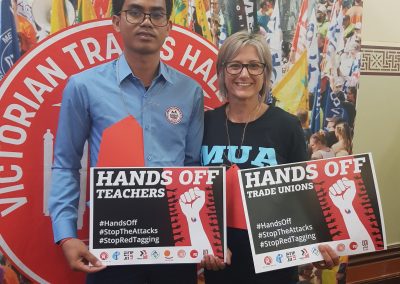 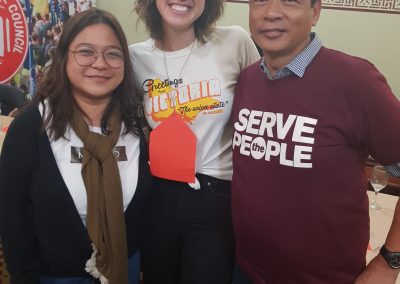 Canberra: Parliamentarians hear about trade union repression in the Philippines

In Canberra, the Philippine delegation spoke with federal parliamentarians about the urgent need for the Australian government to pressure the Duterte regime to end the killings. They called for Australia to end its military aid of the Philippines military, which has been implicated in wide-spread human rights abuses against civil society activists and campaigners. 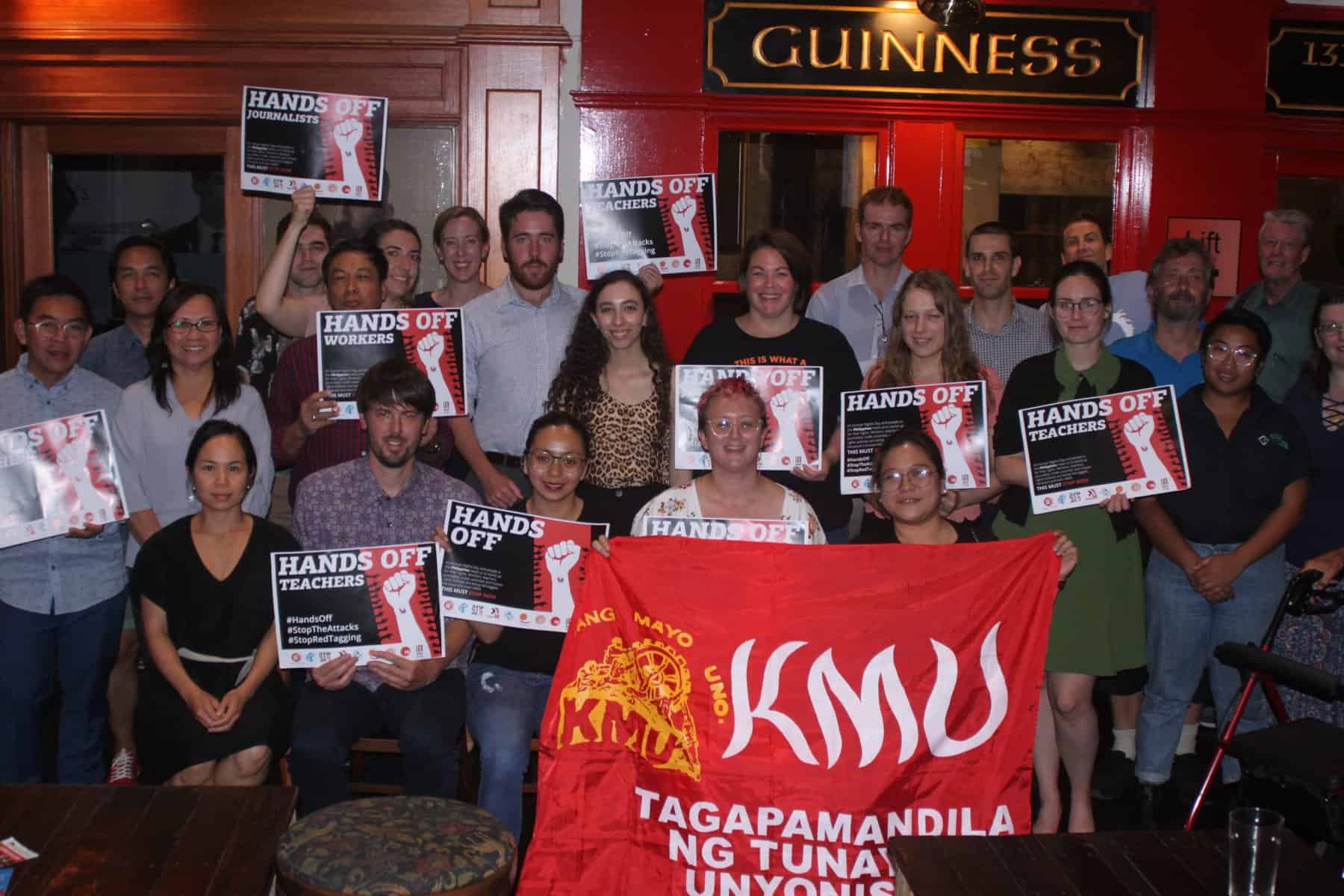 Above: Canberra activists met with the KMU delegation on their solidarity tour.

“The right of working people to organise is guaranteed by international standards and national laws, including the ILO Convention on Freedom of Association, but these are being ignored by the Duterte regime in the Philippines. We call on the Australian government to suspend military assistance to the Duterte Regime.” 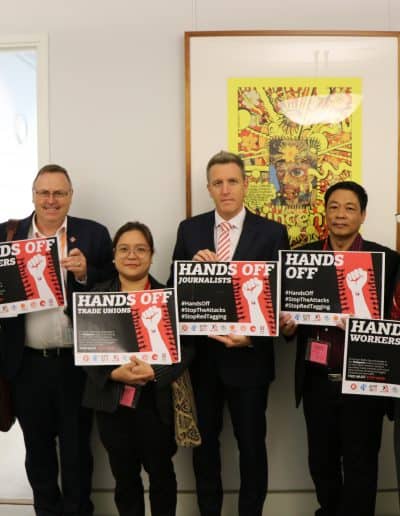 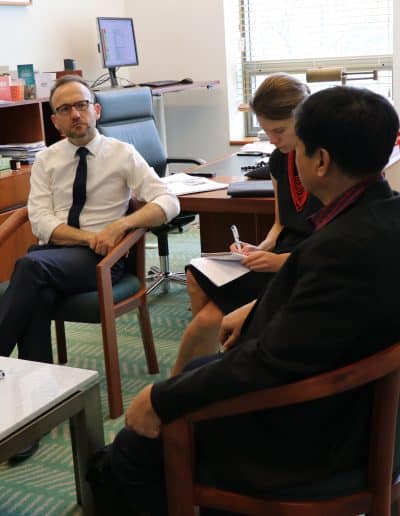 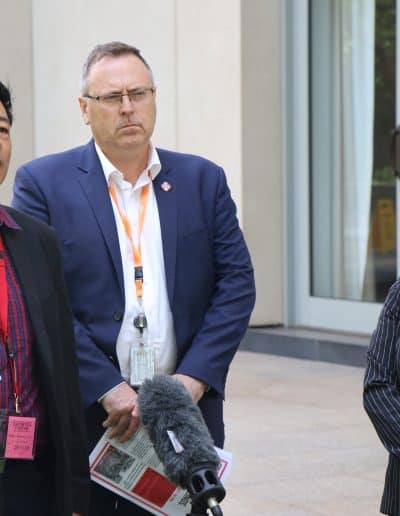 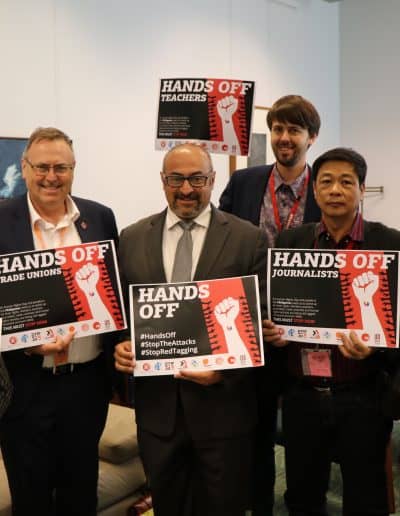 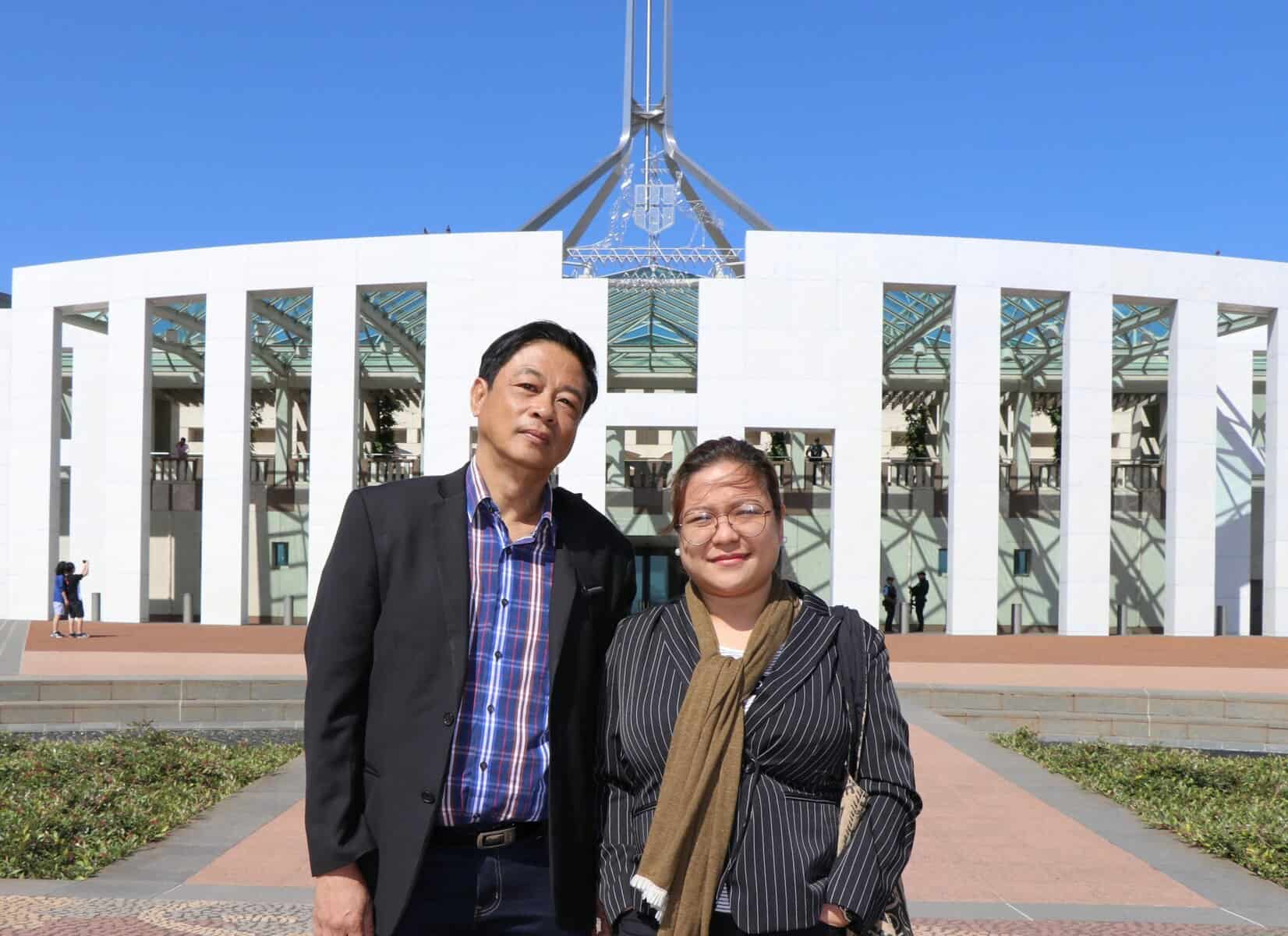 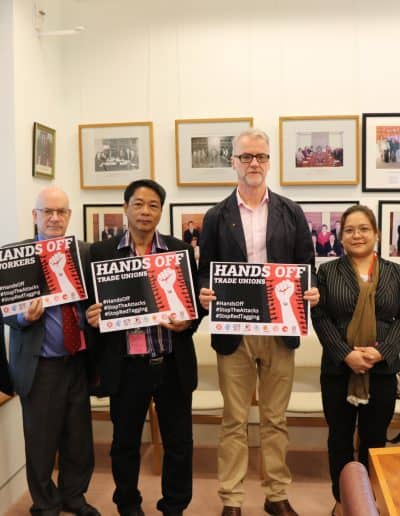 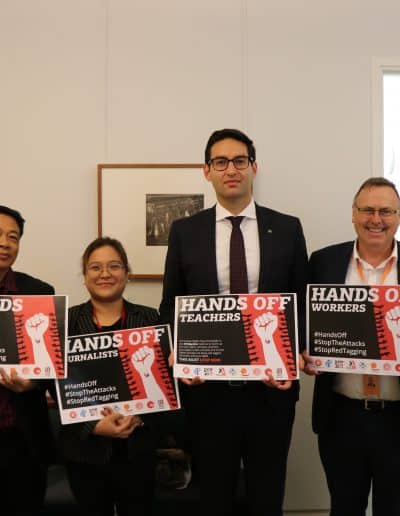 On the final night of the Australia-wide solidarity tour, the KMU delegation met with Sydney internationalists at Trades Hall, where Elmer and Meryle shared harrowing stories of union members being ‘red-tagged’: 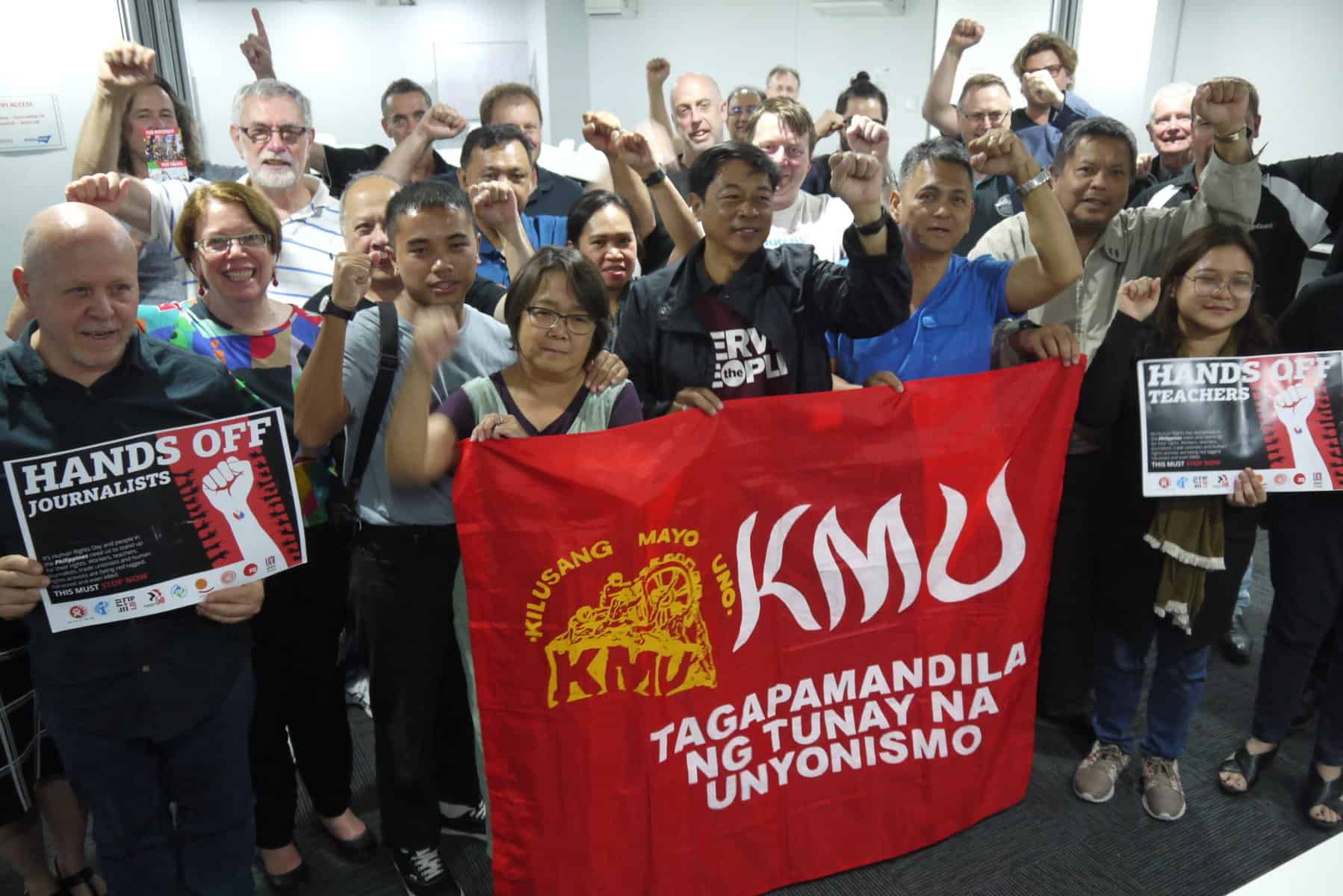 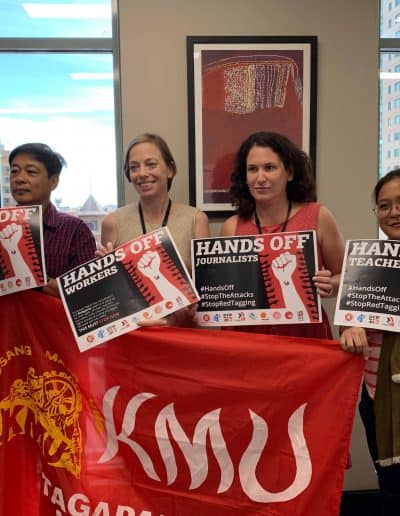 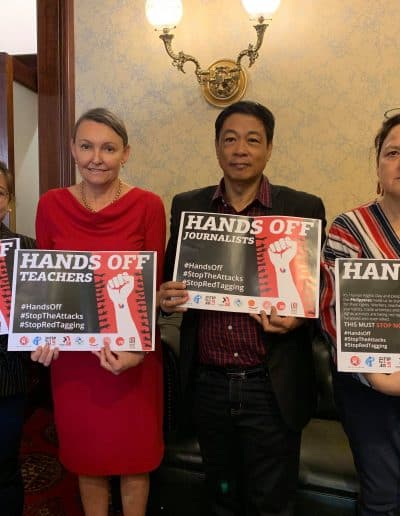 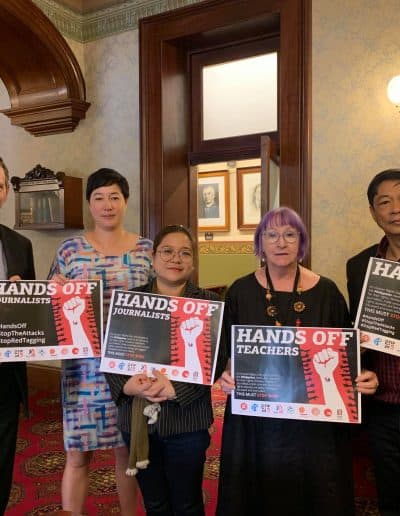 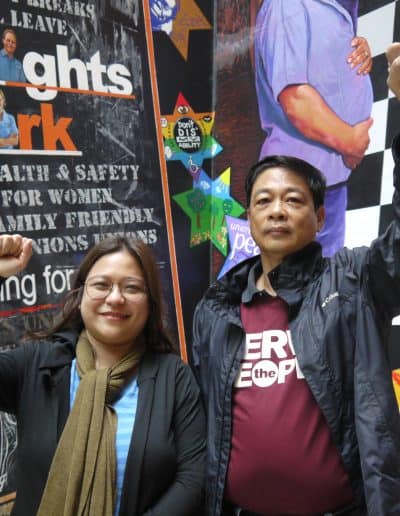 By becoming a member of Union Aid Abroad – APHEDA, you will have the chance to meet international unionists like Elmer Labog on advocacy tours across Australia, and you will be joining a growing community of internationalists standing up for workers’ rights across the globe.