A huge milestone for The Big Ride for Palestine Australia

As the Tour de France was coming to a close on the Avenue des Champs–Élysées in Paris, 92 participants rode, ran, and walked more than 8000 km, and raised more than $33,000 in solidarity with the Palestinian Women’s Humanitarian Organisation in Lebanon.

Now in its fourth year, The Big Ride for Palestine Australia traditionally involved cycling the almost 180km from Brisbane to Byron Bay. However, due to pandemic travel restrictions, the event was opened up to anyone, anywhere, to show their solidarity in a way that suited them best.

This proved hugely successful, with PWHO Executive Director, Dr Olfat Mahmoud, sending her heartfelt thanks, and highlighting how important it is that in these times of extreme hardship there are people who are willing to stand in solidarity with them, and remind the world they are not forgotten. 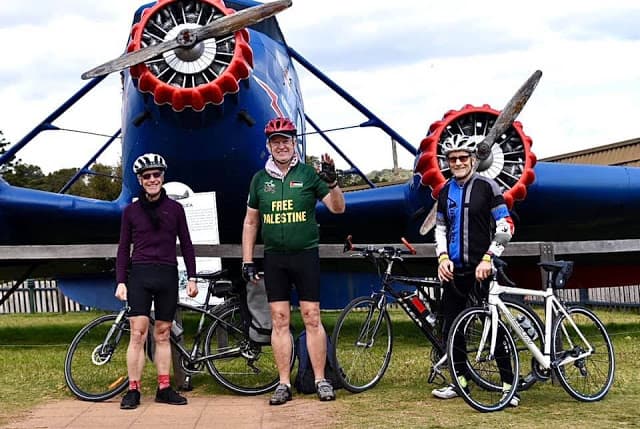 The Big Ride for Palestine Australia came at a crucial time as the PWHO is currently responding to the coronavirus pandemic, as well as a spiralling national economy, and of course, the Port of Beirut explosion.

Dr Mahmoud reflected on the situation when she said, “as a refugee, I started to think that now, many people will be displaced because their houses were destroyed. They will be refugees in their own country. I remembered how losing your house means losing your dignity. I remembered how hard it is to lose not only your house, but also the memories which were made in each and every corner of your home.”

While The Big Ride for Palestine Australia may have finished for 2020, the solidarity from supporters will continue.