Union Aid Abroad-APHEDA has been working with Samoa First Union (SFU) in what has had a busy year developing and implementing organising plans across the private sector workplaces of Samoa. Supported in its establishment by Samoan members of First Union NZ in 2015, SFU also has a strong relationship with Australian unions, including the NUW, and has received financial support from global unions, the IUF and UNI Global. In addition, the Maritime International Federation (MIF) have assisted SFU with its work in the Port of Samoa.

Union membership is growing, particularly across the Hotel Industry and the tiny branch has been concentrating its efforts on recruiting and educating local workers about their rights under Samoan Industrial law and the benefits of collective activity. In 2016 they also ran their first successful legal case through the Samoan dispute resolution process and have supported members to receive adequate compensation upon redundancy when a large Samoan employer recently announced its imminent closure.

In November, Samoan Port Delegate Mavaega Mavaega was invited to participate in the Maritime Union of New Zealand (MUNZ) Quadrennial conference in Wellington where he connected with Port workers from Australia and New Zealand and other International unions from the sector. Mavaega took inspiration from the camaraderie of the regional maritime unions to continue to organise port workers, particularly around the crucial issues of OHS in the Port of Samoa. In 2016 two Samoan Port workers were killed in the workplace and an organising campaign to boost awareness and organising around safer working conditions is planned for 2017.

SFU Organisers, Michael and Rachel are led by Saina Tomi who straddles the roles of Lead Organiser and Membership Coordinator for the union. Along with ongoing planning and recruitment and formalising regular monthly executive meetings, the Organising team hold regular Saturday meetings in the union office where they educate new members about what it means to be union and what they can achieve by standing together.

SFU has also been closely engaged with the International Labor Organisation (ILO) work in the South Pacific including participation at a recent Pacific ILO Conference held in Samoa. One of the keynote speakers at this conference focused on Women’s Labour Rights and attracted a lot of media around the issue of paid maternity leave. This also provided an opportunity for SFU to talk about the importance of union membership for the implementation of women’s rights in the Samoan workplace and community.

Samoa First Union is affiliated to the Samoa Workers Congress which was established in 2014. SFU Organisers have represented the Samoa Workers’ Congress at Pacific union conferences this year to talk about SFU’s core focus on organising members in the private sector. 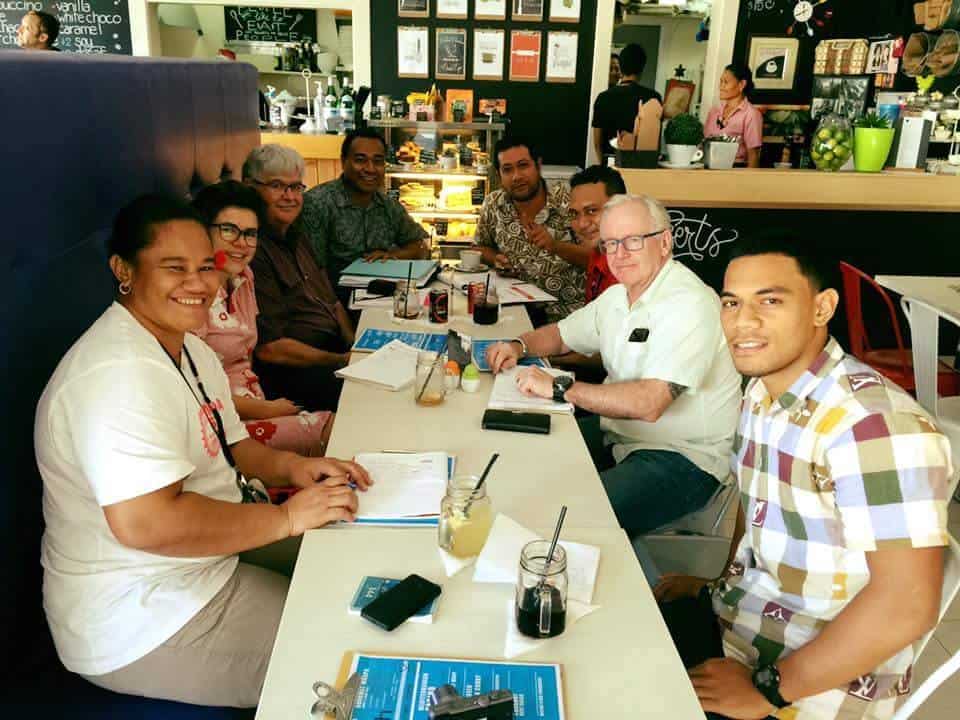