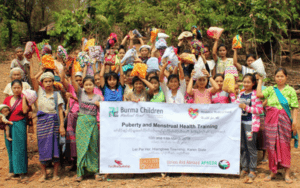 Background: operating to give Myanmar’s kids a future

Burma Children Medical Fund (BCMF) was established in 2006 in response to the increasing number of refugees and displaced ethnic people on the Thai-Burma border requiring surgery that was not available at local clinics or hospitals. Before BCMF was established, when these people needed surgery they could only have their symptoms treated. Without the necessary surgery, their lives were either severely incapacitated or they died prematurely. BCMF gave these patients a chance to a healthy life by funding their medical treatment and providing a range of support services before, during, and after treatment. As the years went on BCMF’s workload and reputation continued to grow.

BCMF had long hoped to set up a permanent presence inside of Myanmar but with the political instability of the early 2000’s and the constant threat of conflict had always been a barrier. Following the election of the NLD government in 2015 and ensuing policy changes, BCMF saw their opportunity. To set up a permanent presence in the country, however, BCMF would first have to obtain registration as a local non-government organisation (NGO). Obtaining registration in Myanmar would give BCMF official recognition in the eyes of the government, allowing them (among other benefits) to open an office, set up organisational bank accounts, hire local staff, and better collaborate with the many community organisations operating in their field of work. Alongside these benefits, with the organisation solely based in Mae Sot Thailand, most patients in the deeper parts of Myanmar could not afford to reach BCMF. With a permanent office in Myanmar, BCMF could be reached by those in need.

In 2015 BCMF applied for state level registration in Myanmar under a new name, Myanmar Medical Fund (MMF). However, due to the new government’s changes to ministerial departments and bureaucratic processes, local officials were not confident enough to grant a registration permit. New regulations were unstable and could be changed by government departments without prior notice. State officials suggested that given MMF planned to continue expanding its work nation-wide, that national registration may be more appropriate, and faster.

In late January 2017, MMF registration was submitted to the National Ministry of Health and Sport. Alongside this submission, MMF officially opened an office in Hpa Ahn, the capital of Myanmar’s Karen State in March 2017. The first staff member for this office was employed in April 2017. With these changes, MMF will now seek to expand the services they provide, and the locations within Myanmar that they operate. The office and registration will not only enable this expansion but reduce costs, as an office operating freely in Myanmar will mean greater transport and financial efficiencies. MMF expects to have their official registration approved in April 2018.

Myanmar Medical Fund is in a strong position for the future and Union Aid Abroad – APHEDA will be moving the funding we provide to alternative projects within the next 18 months.