CALLS FOR ASBESTOS BANS ACROSS ASIA AND PACIFIC INTENSIFY

19 October, Phnom Penh, Cambodia: The fight to ban asbestos worldwide is gaining new momentum as networks across Asia and the Pacific pledged recently to step up the battle to protect their populations from the deadly dangers of asbestos exposure at the Asia Ban Asbestos Network (ABAN) Conference 2021.

A three-day virtual conference saw over 300 activists and experts from the scientific, medical and environmental fields join trade unions, victims suffering from asbestos diseases and others from 21 countries worldwide. Together, they urged immediate action be taken by governments against exposure to asbestos.

Phillip Hazelton, APHEDA Eliminating Asbestos Disease Coordinator, said: “We call on the international community to come together to stop the asbestos trade. Governments and businesses still allowing this toxic material in construction and other sectors should carefully assess the long term risks to worker’s health, public health, the environment and the economy and learn the lessons from countries that used this substance heavily last century.”

“In the post-pandemic world, there is no place for old toxic technology based on asbestos, a known carcinogen. We urge countries still allowing asbestos materials and manufacture to Build Back Better as the region emerges from the pandemic. There are much safer, high quality and competitively priced alternative products for all those that currently are in use that contain asbestos” he added.

The message was reinforced by poignant pleas from victims of asbestos-related diseases (ARD) such as lung cancer from Australia, India, Indonesia and Korea who called for an outright asbestos ban – a measure that has already been implemented across 67 countries after decades of campaigning. They are also calling for fair compensation for victims.

Siti Kristina was exposed to chrysotile asbestos dust during her 23 years working in an Indonesian garment factory. In 2010, she was diagnosed with an asbestos-related disease. She said: “If I’d known it would harm my lungs, I wouldn’t have worked there. I didn’t know what asbestos was. We are fighting for justice.”

Bui Thi Huong Tram, a researcher from Vietnam, said: “Chemical exposure among female workers is dramatically increasing and is often underestimated in low- and middle-income countries. Women can be diagnosed at an earlier age than men but are often misdiagnosed because physicians don’t consider it possible for them to have it. That’s because most direct asbestos exposure occurs in male-dominant workplaces, within manufacturing, construction and the military.”

“Health risks arise in natural disasters, with destructive storms knocking material around, cyclones damaging asbestos roofing and cladding,” he noted. “Concern is increasing due to climate changes across the region.”

Mr Apolinar Tolentino Regional Secretary of Building Workers International (BWI) said “According to a recent WHO/ILO report, globally, asbestos is the cause of 209,000 occupational deaths annually. This tragic death toll will in future, be avoidable, if countries stop importing asbestos.  While global asbestos consumption has fallen by 75 percent in the last 40 years, this is not the case in Asia, where almost all exports are now landing.  This is because the asbestos industry still has influence in many governments in Asia.

“They deny the science on health impacts of their products, discredit UN agencies, independent researchers, governments and threaten campaigners in a bid to delay regulations and bans as long as possible, simply to protect their short term profit,” he added.

During the event, guest speakers shared success stories for implementing bans. This included Colombia, where a ban was put in place this year after seven failed attempts. This success was achieved due to awareness and educational campaigns and building a strong coalition of support from all sectors.

Guillermo Villamizar, Director of Colombia Asbestos Free Foundation (FundClas), said: “We tried seven times before the final ban. The asbestos industry had both economic and political power. When these key sectors of society are consolidated, civil society can be successful in winning public policies for banning asbestos.”

Measures countries are already taking in Asia Pacific include increasing awareness about health hazards, worker safety, developing codes of practice for removal and disposal of asbestos waste materials as well as regional and sectoral bans on asbestos use and import. Networks from Vietnam, India, Cambodia, Bangladesh, Thailand, Laos and Indonesia pledged to increase community awareness campaigns as well as advocacy to policy makers promoting science over the asbestos industry’s misinformation, to achieve an outright ban as soon as possible.

Mr Sugio Furuya, Convenor of the Asia Ban Asbestos Network said the conference resulted in nations across Asia strengthening their fight to rid the globe of deadly asbestos. He added: “All types of asbestos are dangerous to human life, including chrysotile asbestos. For this reason, we will make strenuous efforts to get national governments to protect lives and the environment by banning the use of chrysotile asbestos. The asbestos trade must stop immediately.”

To find out more about APHEDA’s ‘Asbestos. Not Here. Not Anywhere.’ campaign, visit here and join the global fight. 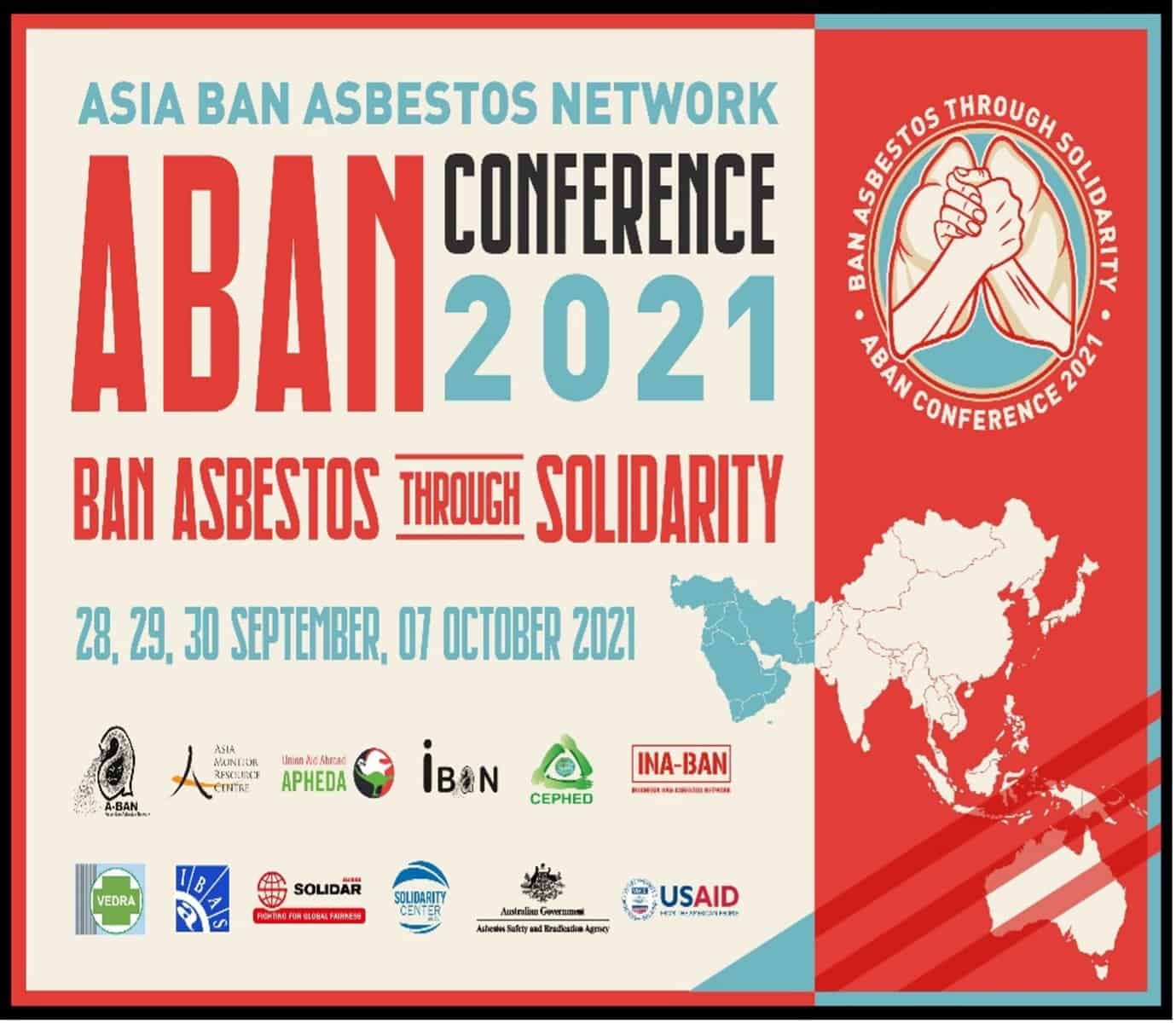