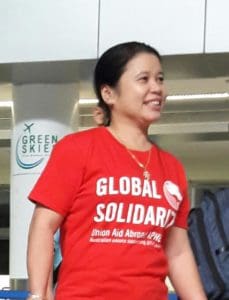 Eai Shwe Sinn is the founder and Chairperson of Union Aid Abroad-APHEDA’s Myanmar partner organization, Labour Rights Defenders and Promoters (LRDP).  Devoting most of her early life to the Myanmar democracy movement, Eai Shwe Sinn actively campaigned and protested against the military regime in control at the time. Due to her political activities she spent many years as a political prisoner in Myanmar, and in exile on the Thai-Myanmar border. It was during her time in exile that Eai Shwe Sinn began studying the role of the international union movement in advancing the rights of workers around the world. She quickly came to understand that the best way to advance the interests of the majority working poor in Myanmar would be through the development of a strong national union movement.

In 2012, Eai Shwe Sinn founded LRDP. Through the support of Australian unionists and APHEDA, Eai Shwe Sinn and LRDP’s team of educators and organisers have provided capacity building education and practical support to emerging unions throughout the country.

How long have you been working with LRDP?

I have been working with LRDP for 7 years.

What is your role?

I am a founder and Chairperson of LRDP and have now also taken on the role of International Communication Coordinator.

Being Union is very important to my beliefs because when the union movement is strong and authentic, workers can get real rights. When the opportunities for workers develop, the country as a whole benefits and we can build a great future for all workers.

Union Aid Abroad APHEDA supports and promotes the work of labour unions in developing countries. First, APHEDA analyses and researches the situation in the country and then it supports labour unions and organisations to help develop the mindset of workers to build their unions.

Like LRDP, APHEDA is an organisation which supports the development of Civil Society Organisations (CSOs) which helps strengthen Labour Unions in Myanmar.

What parts of your work are you most proud of? Why?

I am very proud when big disputes result in a win-win situation through using my skills of shuttle diplomacy (I act as the mediator and conduit between the workers and their employer and negotiate a fair outcome). We work very hard towards achieving proper dialogue to resolve labour disputes.

I am also very proud of LRDP’s work in providing education to develop the mindset of workers and which builds collective union power.

What do you see as the work (areas, issues, etc.) that is most important for LRDP to focus on into the future?

LRDP will continue to support the development of unions in Myanmar through building the capacity of workers who currently lack the knowledge or capacity to organise and collectively bargain. Moving forward LRDP will be particularly focusing on the informal garment sector, and learning how to help build power for the workers in this growing sector.

Australia is a developed country and also has the great experience and history of a committed and strong union movement. Union Aid Abroad APHEDA connects workers in Australia to workers in Myanmar. The value of connecting unionists in Australia to unions in Myanmar is very important at a practical level. It is this solidarity that has helped us achieve great results already. For example, over the past five years, LRDP has been able to effectively raise awareness, implement and train workers on labour rights and help organise them to form Basic Labour Organisations (BLOs) through the support of Union Aid Abroad APHEDA. Therefore, we see APHEDA as an essential organisation for the development of trade unions in Myanmar. 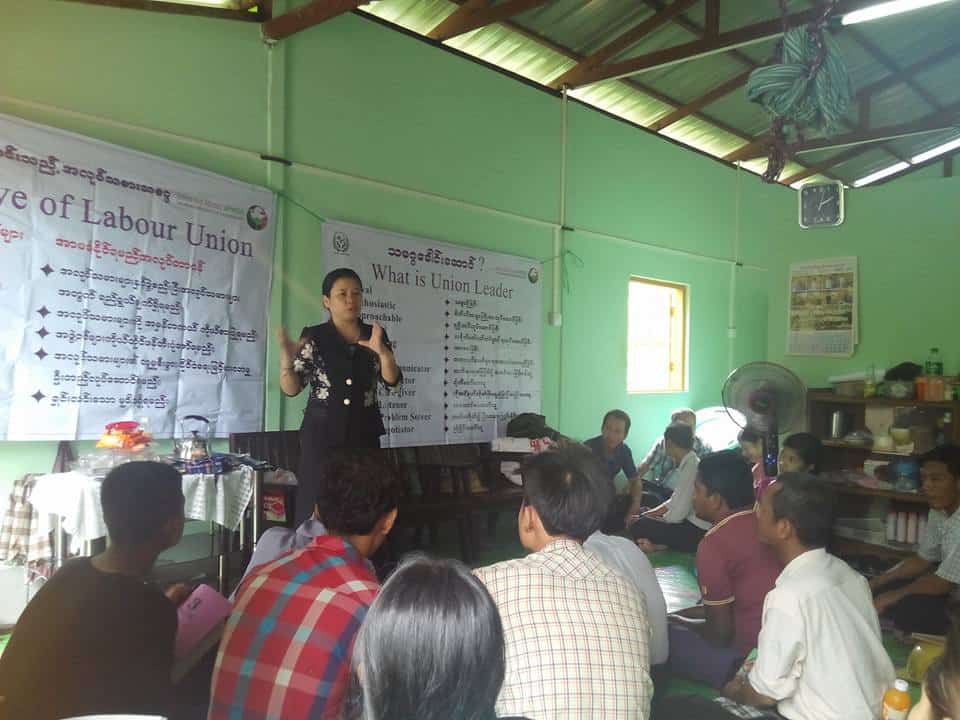