Editorial: Organising for the Fight of our Lives against Climate Change

If ever there was a turning point for Australians on climate change, this summer was it. Raging bushfires resulting in devastating loss of human lives and livelihoods, animal deaths of over a billion and nearly nineteen million hectares of land destroyed.

The economic and social impacts of the last four months is being deeply felt and will take years in recovery. Global solidarity for Australia has been enormous and despite Australia being in the top fifteen wealthiest countries in the world, even local Pacific Island countries were generous in acts of solidarity.

Looking to our region, the Asia-Pacific, the situation is grim. In South Asia and South East Asia among the poorest countries in our region, the current 1°C of human created global heating has already undermined workers’ livelihoods and eroded basic human rights. 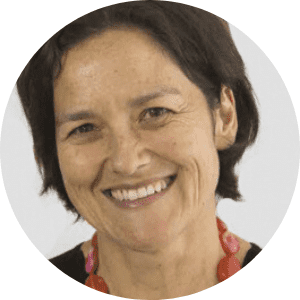 70% of workers are in the informal economy and are already vulnerable, with little or no labour regulation governing safety, wages or conditions.

Extreme heat at work caused by global warming is already reducing available work hours and is directly reducing incomes. Workers and their families in countries like the Philippines, Indonesia, and Bangladesh are experiencing an increased regularity and intensity of extreme weather events, further wreaking havoc on daily life and on local economies.

If we can limit global temperature rises to 1.5C, the lives of people in our region can be stabilised, and the existential climate risks they face at the moment, can be clawed back.

But despite the ‘good news’ story we often hear that renewable energy uptake is rapidly on the rise, the facts show that the total global energy mix shows only incremental shifts towards renewable energy. Developing Asian economies have rapidly increasing electricity demands as their economies develop and populations grow, and as a result, are turning to polluting fossil fuels to meet this demand. South and South East Asia are responsible for 50% of the world’s planned coal growth (388GW operating and under construction and 176 GW planned). This is propelled by an increase in the seaborne thermal coal trade, with Indonesia and Australia the largest exporters. Despite the planned exponential growth in fossil fuels, these regions have good new renewable energy potential which could satisfy growing energy demand.

Sixty-five million workers in South Asia and South East Asia are unionised, but the additional threats faced by these workers have a direct impact on their struggle to control the rapid rise of fossil fuels in their countries. Many face authoritarian governments that in some cases target and kill trade unionists. Some indebted countries depend on neo-liberal banks that want energy privatisation, and seek to remove good union jobs in public sector energy organisations. The majority of workers work in the informal economy, with minimal safety protections or social insurances. Despite these struggles, unions are developing new and creative new ways to address the climate crisis and the energy poverty that exists for so many.

In this edition of Union Aid Abroad – APHEDA Solidarity e-News, we focus on climate justice, energy democracy and a just transition, one of our four key priority areas. We report on case studies of emerging union projects to tackle the climate crisis in our region – to work for decent unionised jobs in new renewable industries, to defend/extend public ownership of energy and to address energy poverty for workers where one in ten people in South East Asia do not have access to electricity or do not have even the bare minimum.

So where to now for us, here?

While our government pretends the climate emergency doesn’t exist, we miss out on the potential opportunities for Australia in low carbon industries. Our movement, as the biggest nationally organised force for change, has opportunities to collaborate with other unions in our region, with and across industries, to plan for and campaign for a future with less dependence on fossil fuels. Following the 2019 Federal Election it’s clear as unionists we all need to work in a way builds understanding about why addressing climate change is so vitally important. But so too, is working to strengthen the power of working communities to face climate change across the whole Asia-Pacific region, collaboratively, with other unions, in the very best spirit of Australian international solidarity.

You can read more information about the climate and energy situation in South Asia and South East Asia, here in our 2019 policy brief. 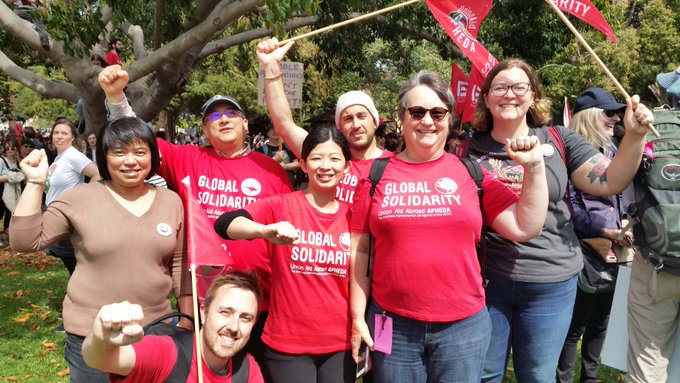 Take Action for a Just Transition!

From the Philippines to South Africa, from Timor Lest to Nepal, Union Aid Abroad – APHEDA works with unions and social movements to support campaigns for a just transition, energy democracy, and climate justice. You can support these projects by becoming a member of the global justice organisation of the Australian union movement!