The Gaza Siege – 10 years on and the humanitarian crisis continues

It’s been over ten years since the Gaza siege – the indefinite land, sea and air blockade of the small coastal enclave (one sixth the size of the Australian Capital Territory yet houses two million Palestinians, half of them children). The impact has been devastating for the people, the economy and the region.

The continued blockade by Israel and Egypt has created a “permanent crises of unemployment, poverty and food insecurity.”[1] The siege has choked the Gazan economy creating the highest official unemployment rate in the world – a staggering 41.2%, reaching as high as 63.6% for young women[2]. Blackouts last 18-20 hours a day[3] and 70% of households only have access to water 6-8 hours once every two to four days[4]. The amount of ground water that can be pumped is very inadequate, and the quality is unhealthy, with intrusion of sea water, sewerage and agricultural chemicals.  The health sector is still recovering from the damage or destruction of 17 hospitals, 56 primary healthcare facilities, and 45 ambulances during the 2014 attack on Gaza[5]. 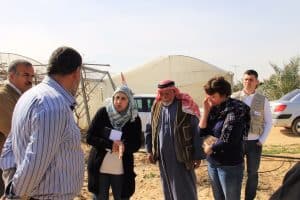 On the ground the siege impacts the most vulnerable where the everyday things we take for granted are a constant battle. Hana Abu Nahla, who works on Union Aid Abroad – APHEDA funded projects in Gaza with MA’AN Development Center told us recently of her experience in and directly after the 2014 war on Gaza. Hana gave birth to her third son the week before the war started. The war resulted in blackouts, reduced access to water and made it too dangerous to go outside to buy necessary items. During the war an Israeli war plane bombed the house next to Hana and her family: “the hardest day was when our neighbour’s home – only 8 metres away – was bombed by an F-16. That day we were at home and I thank God my home was only partially damaged and all my family survived. All the time I was under stress and was unable to feed my baby”. Hana is one of more than 100,000 civilians in Gaza who had their house damaged or destroyed by the extensive Israeli bombing campaign in residential areas.

The War on Gaza and the impact on APHEDA-supported projects

During the war Union Aid Abroad – APHEDA worked with partners to develop a response to the immediate humanitarian needs:

“During the war, we received funding from Union Aid Abroad to provide recovery, and for this, I cut short my maternity-leave and returned to work from our office. It was my choice; it was important to me to be able to work with people as fast as possible. I still remember going to the target location of our joint project with APHEDA during one of the cease fires. We visited the town of Khuzaa and I remember the people and animals who were dead in streets, the smell of death was horrible and scarring. At the time I remember that after we left that area I was unable to eat for several days and had a pain in my stomach”.

Khuzaa is a town where Union Aid Abroad – APHEDA and MA’AN worked for six years supporting farming communities increase their food security and resilience. The town was engulfed by the Israeli land invasion. The UN said of Khuzaa that it was a town “shelled and bombed to ruins” [6]. Twenty eight people supported through APHEDA projects were killed and the invading Israeli forces destroyed more than $2.5 million worth of civilian agriculture projects implemented by APHEDA and MA’AN.

Thanks to Hana and other APHEDA and MA’AN staff, we were able to implement several large-scale recovery projects in the immediate aftermath of the conflict. Hana recalls: “The challenge for us was to intervene and support recovery through our interventions as quickly as possible taking into account our commitment to ‘do no harm’ in a very hard economic and social situation. All of us had to work hard and for long hours, sometimes exceeded 12 hours a day to accomplish all that we did and thank God, we succeeded”.

The Gaza strip remains in a state of humanitarian crisis with the threat of another war always looming. At Union Aid Abroad, we are committed to working with our Palestinians partners living and surviving under the harsh collective punishment of the blockade. Union Aid Abroad calls for the end of the indefinite military blockade and for increased access for development organisations into the Gaza Strip.

How can you help?

Support the work of Union Aid Abroad – APHEDA in the Middle East – join or make a donation today! https://apheda.org.au/join/donate/ 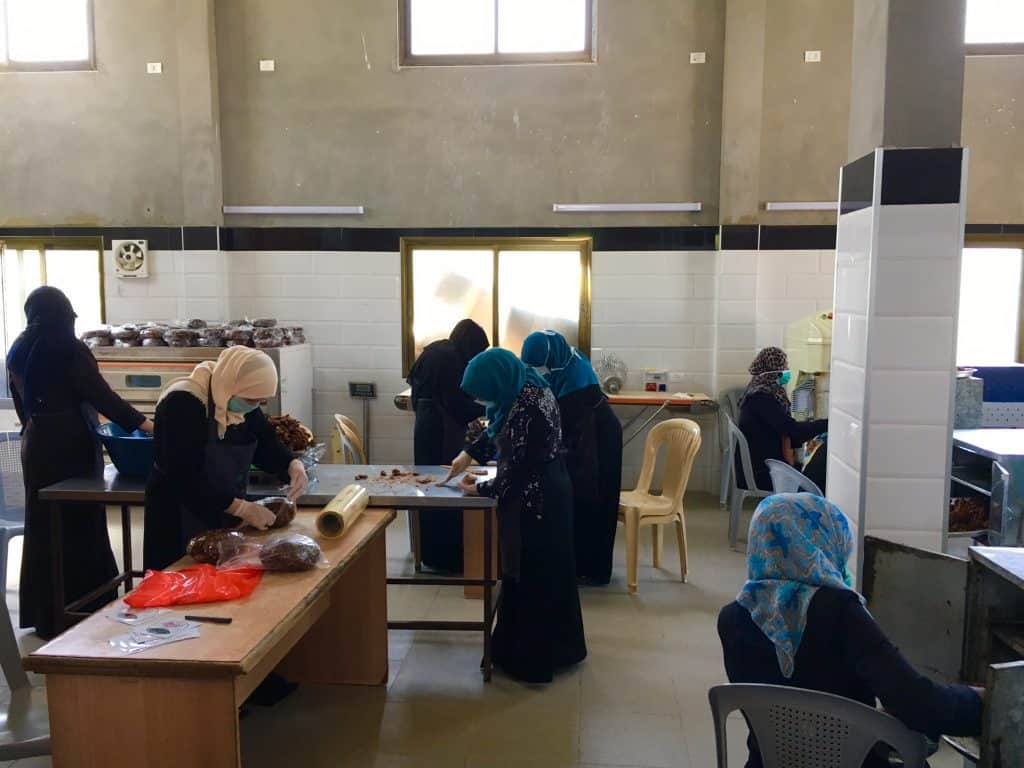 APHEDA is supporting women in Gaza to earn a decent income through date processing, packaging and marketing. Date paste is a key ingredient to many of the sweets enjoyed during the festive season of Ramadan.