Since the project’s inception, the Women’s Unions of Hai Duong and Bac Kan have been proactive in organising workshops where women leaders and government officials were invited to discuss and find a solution to ensure better representation of women. The provincial level Women’s Unions actively identified candidates to run for elected positions on the People’s Council and supported the candidates by encouraging their members to vote for women candidates during elections. In addition, the Provincial Women’s Unions pushed for the People’s Committee to adopt a women’s representation target higher than the 35% national target set by the government. Of the 300 women supported by the project to stand for commune elections in Bac Kan and Hai Duong provinces in the 2016 election, 203 were elected (68%). Of these, 61% were standing for the first time.

Based on the experience of these commune level elections, it is expected that with a combination of skills-building, lobbying/advocacy, networking and mentoring, more women will have the opportunity to stand for, and be elected, to political office. In addition, the lessons learnt from implementing the project in Hai Duong and Bac Kan provinces will be applied to the new project area in Phu Yen province. 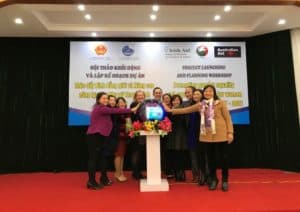 Vietnam women’s leadership launching ceremony of the project in Dec 2017.

District level: empowering women to represent their electorates
Since October 2017, at the district level, six coordinating groups underwent training on capacity building for women deputies of commune-level People’s Council and developed networks so that they can provide support to six networks in 2018.

Three workshops on integrating gender into socio-economic development were organised in Bac Kan, Phu Yen and Hai Duong provinces. The aim of these workshops was to introduce provincial high-ranking officers and their departments to the idea of integrating gender into current and future socio-economic development plans. This was the first time that this topic has been raised in these provinces, particularly in Phu Yen, to Provincial Government Officers. It was a great chance to draw their concern on this topic. The overall goal is to have 677 women deputies participate in capacity building training so that they can be a stronger voice for their electorates.

Integrating gender equality at all levels of the People’s Committee Annual Plan
In Bac Kan and Hai Duong provinces, workshops were held to design indicators on gender and a Provincial Development Plan was organised. In each province, two indicators on gender were approved by the participants including: 1) the number of women holding key leadership positions and 2) the number of women attending vocational training and attaining employment.

Increasing the representation of women in People’s Councils at the commune, district and provincial level
The approach of the project is to build support networks of women leaders to increase their likelihood of election as well as the quality of their representation after election. To this end, the project has supported 1216 women deputies at provincial and commune level to form clubs, networks and committees. 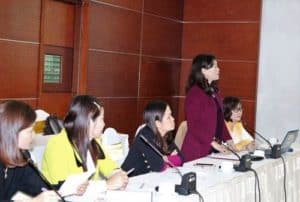 The overall goal in the coming year is to have gender equality issues included in the Provincial Annual Plans of the People’s Committee at all levels. The networks, clubs and groups that have been established will be linked with the network of National Assembly women deputies and overseas networks of women parliamentarians to further build their skills and achieve greater gender equality in political decision making in Vietnam.

Project support: From October 2017 to August 2021, the ‘Promoting gender equality in political decision making in Vietnam’ project will be supported by Irish Aid, the Australian Government Department of Foreign Affairs and Trade (DFAT) ANCP program and by Union Aid Abroad APHEDA. 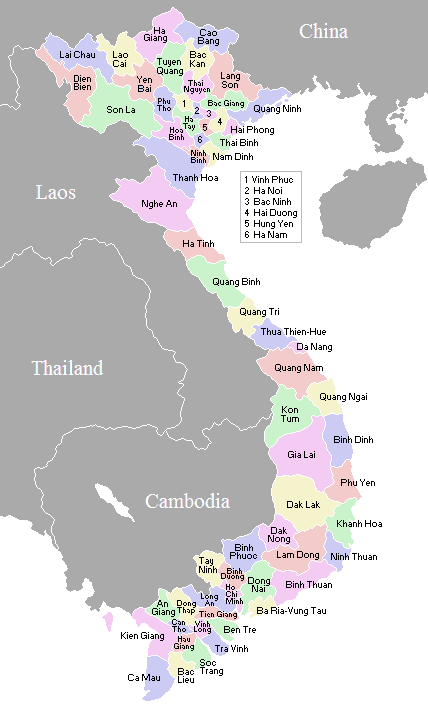