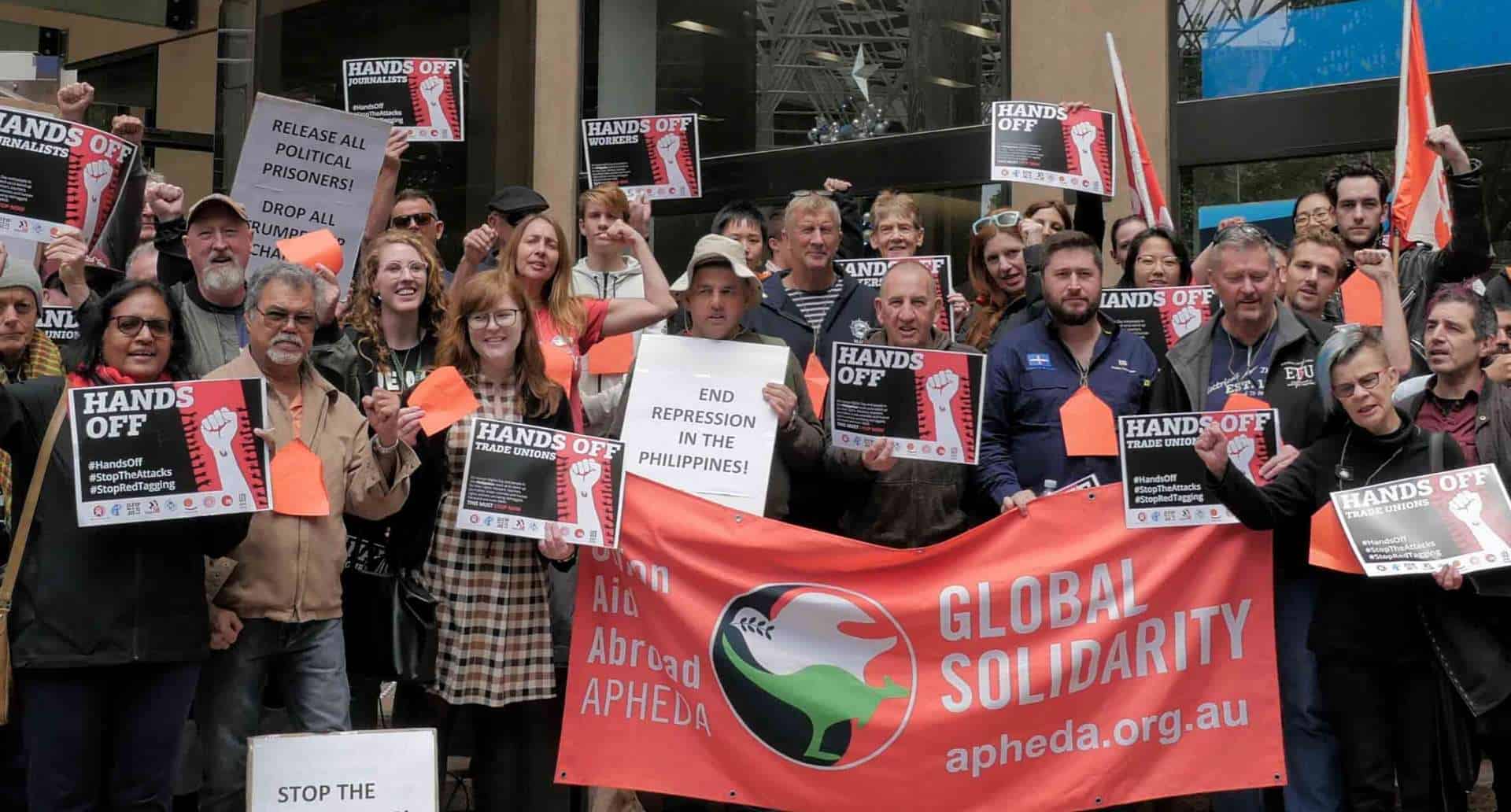 Elmer and Meryl will share stories of how Filipino unionists are organising to defend workers’ rights in the Philippines, where the Duterte regime is imposing a brutal crack-down on trade union members, officials, and leaders.

Since the rise to power of President Duterte, over forty-three union members and officials have been killed by extrajudicial violence. This has led to the Philippines being listed as one of the bottom-ten worst ten countries for workers’ rights.

Join Elmer and Meryl for a discussion on how Australian unionists can stand in solidarity with their Filipino brothers and sisters. By calling on the Australian government to suspend its military relations with Duterte, we can help place international pressure on the regime.

Don’t miss this unique opportunity to hear from the front-lines of the global fight against authoritarianism! 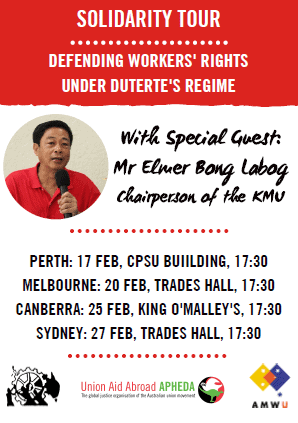