Australia fully banned the import and use of asbestos in 2003, joining a total now of 66 countries. However, trade in this deadly product continues thanks to the aggressive marketing and deceptive information pumped out by the asbestos industry and producers. Even though it has been banned in Australia for nearly 20 years, we are still experiencing an estimated 4,000 deaths per year from asbestos related diseases.

In the last 40 years, the global trade in asbestos has dropped 75% as more countries have banned it and others have either reduced their consumption or stopped mining it. However, 1 million tonnes of the fibre is still being traded annually. Nearly all exported asbestos comes from just 2 countries: Russia and Kazakhstan. 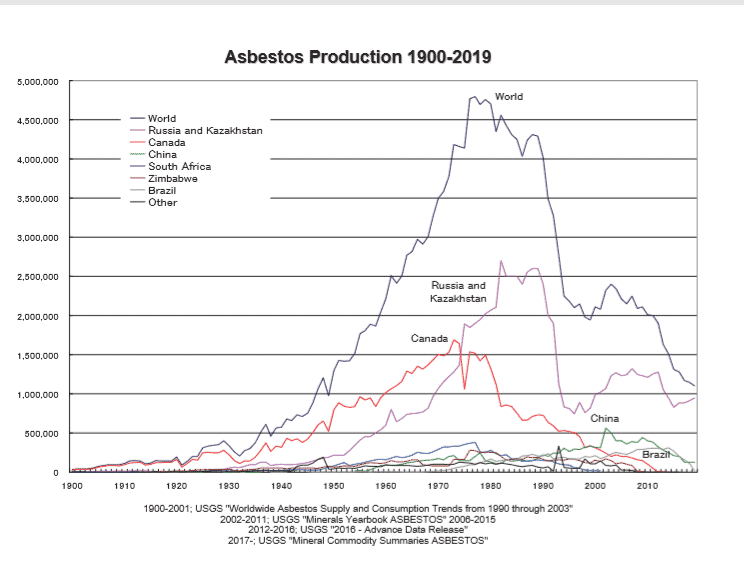 Asbestos. Not Here. Not Anywhere.

The campaign also works to support regional and global efforts to regulate and ban this product.

One example of our campaign focus is Vietnam. For over a decade, Vietnam has been importing an average of 65,000 tons of asbestos fibre per year. Most of the imported asbestos fibre was used in the manufacturing of roof sheet for the houses of the rural poor located in mountainous regions. Union Aid Abroad – APHEDA has been working with our partner organisations in Vietnam to sound the alarm on the hazards of asbestos for a number of years. The Vietnam Government has made several key decisions to move towards a ban. These include supporting the listing of chrysotile as a hazardous substance at a global level (the Rotterdam Convention) and the Prime Minister of Vietnam pushing for a nationwide ban by 2023. On the demand side too there has been great progress as consumers become more aware of the exposure risk. This consumer awareness has largely been due to the great work of our partner organisations and also to the increasing availability of safer alternative products. In just 2 years from 2017, imports of asbestos fibre dropped almost 60% to 25,000 tones in Vietnam. Despite these successes, the Global Burden of Disease Study estimates more than 2,000 deaths a year are due to asbestos exposure in Vietnam.

Join the Campaign to Ban Asbestos

We are building a movement of people in Australia to join with unionists and campaigners across South East Asia to support their struggle to ban asbestos and eliminate asbestos-related diseases. We want to secure an asbestos-free future because as long as asbestos is being used anywhere, it remains a risk everywhere.