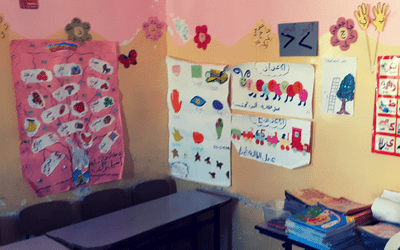 Playing and learning amidst conflict and turmoil in the West Bank

To enter Shuhada Street in the centre of Hebron, the biggest Palestinian city in the West Bank, you must first leave a bustling market and pass through an Israeli military checkpoint. Once through you enter a new world; on both sides of the road the front doors are welded shut, you don’t hear the otherwise ubiquitous sound of Palestinian kids playing, there are no vendors shouting the price of vegetables or old men sitting on plastic chairs in groups drinking tea and gossiping. A little further on you reach a staircase and another checkpoint, from here on only Jewish Israeli citizens and internationals are allowed to continue down the street. At the borderline location of Tel Rumeida is a small kindergarten supported by the Sydney Friends of Hebron and Union Aid Abroad – APHEDA. The kindergarten sits right on the border of the illegal Israeli settlements (next to the Ibrahami Mosque or Tomb of the Patriarchs) and the rest of the Palestinian city.

The kindergarten is run out of an old Arabic stone house converted into two classrooms after the family living there were pressured by settlers to leave. Outside the kindergarten is basic play equipment. The equipment had to be smuggled into the grounds of the kindergarten one night through a nearby cemetery because permission to bring it into this part of Hebron was denied by the Israeli army.

During the day 11 four-year-olds and 14 five-year-olds who are still allowed to live in this part of the city attend the kindergarten. Their paintings are proudly displayed on the walls and their progress in learning English and Arabic letters and numbers can be seen in both classrooms. The kindergarten is a safe space for these children who are regularly harassed by settlers and soldiers and are constantly subjected to military checkpoints. This aggravation has become so constant and severe that various international organisations and church groups now send international volunteers to walk them to and from school and record these incidents. In late 2017 a group of Israeli settlers gathered at the front of the kindergarten yelling threats, throwing stones at the building and cutting the wire security fencing while the kids were inside with their teachers. The Israeli army intervened and prevented the settlers from entering the kindergarten. The settlers returned to their homes with no charges or consequences.

This is the environment that these children grow up in, one of open hostility and harassment; but this small kindergarten provides a safe space where children can learn, play and be children. With community fundraising by the Sydney Friends of Hebron and the Brisbane Big Ride for Palestine, through Union Aid Abroad – APHEDA, the kindergarten is able to develop, pay wages, buy supplies, maintain security, and keep the lights on. 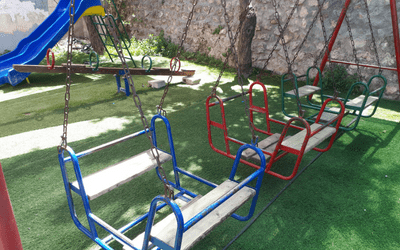 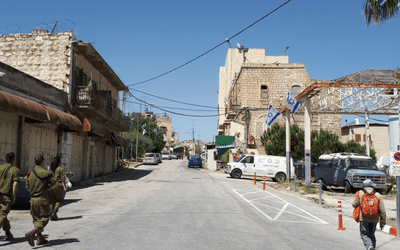 Shuhada Street where the kindergarten is located 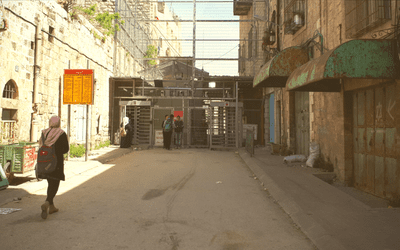