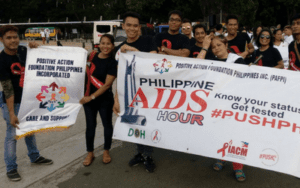 Getting to Zero – the challenges of tackling HIV in the Philippines

The Philippines has the highest HIV infection growth rate in the Asia-Pacific region with a 140% increase in the number of new infections (United Nations, August 2017).

The Filipino government has a specific program focused on HIV. The ‘Getting to Zero’ program aims for zero new infections, zero HIV/AIDS-related deaths, zero discrimination and zero gender-based violence. However, these goals can only become a reality if everyone who has responsibility for responding to the current HIV/AIDS situation approaches their role with sincerity and solid commitment.

The primary challenge of HIV and AIDS intervention programs in the Philippines is the level of commitment by each stakeholder in achieving the national goal and sustaining HIV prevention and control.

Filipino migrant workers are particularly vulnerable to HIV infection. Driven by their aspiration of securing a modest life for their families, they work away from home for extended periods which exposes them to challenging working conditions and higher risk sexual activities that may result in contracting HIV and other sexually transmitted diseases.

Each year 20,000 departing contract workers receive training in HIV & STI transmission and prevention from trainers who have first-hand experience of living with HIV. 180 Filipinos living with HIV/AIDS and their families are supported through access to training, counselling and group support services. This work is funded through the Australian government’s ANCP Program through Union Aid Abroad APHEDA and with assistance from the Pasasalamat Fund.

PAFPI conducts HIV/AIDS education and information sessions for Filipino migrant workers before they depart overseas. Migrant workers are trained to think and act in ways that protect them from HIV infection, minimise the risk of HIV transmission, decrease the socio-economic impact of HIV/AIDS and how to provide care and support to those infected and affected with HIV. These activities are in line with the national HIV/AIDS program as mandated by the Philippine AIDS Prevention and Control Act of 1998. 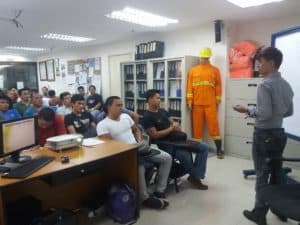 PAFPI’s Role in the fight against HIV

Formed in 1998 by Joshua Formentera with the help of other persons living with HIV and AIDS (PLHIVs) and their families, the Positive Action Foundation Philippines, Inc. (PAFPI) works hard to empower Persons Living with HIV/AIDS to live normal, happy and productive lives in the mainstream of a supportive society. Since formation, PAFPI has continued the fight for HIV and AIDS prevention and control by facilitating support responses to the needs of PLHIVs and their families. This is done through the provision of appropriate care and support services. PAFPI believes in the greater involvement of HIV positive individuals in the national responses to HIV and AIDS.

PAFPI’s success lies in the fact that most of its volunteers are now employed as project staff and most staff and board members are HIV positive. This gives them a deeper understanding of the plight of PLHIVs, their families and significant others. Peer–to–peer education support is an integral service that empowers PLHIVs by encouraging them to become productive members of society. PAFPI conducts training and seminars to equip participants with counselling skills, approaches and proper referrals (if tested HIV+) for treatment management and care services.

PAFPI also engages its staff and volunteers in its advocacy and prevention projects or trains them to become peer educators and public speakers. In fact, PAFPI now has a Positive Speakers Bureau (PSB) mainly composed of HIV positive members and advocates working in HIV/AIDS advocacy.

PAFPI keeps a strong referral system to other non–governmental organisations, medical institutions, Social Hygiene Clinics and other agencies. PAFPI had strengthened its partnership with the Department of Health and other institutions assisting PLHIVs to have access to Antiretroviral Treatment (ART) or subsidized drugs and other lifesaving medication.

PAFPI believes in the greater involvement of HIV positive people in the national responses to HIV and AIDS prevention, treatment and care services. Over the course of 20 years, PAFPI has become one of the driving forces in HIV and AIDS advocacy in the Philippines.

Needless to say, PAFPI has honed a strong sense of volunteerism in pursuance of the organization’s commitment and contribution in the national efforts to HIV/AIDS prevention and control and provision of care, support and treatment services for PLHIVs.

The Manila Manifesto of Filipinos Living with HIV/AIDS

PAFPI successfully conducted the First, Second and the Third National Consultation Meetings for PLHIVs, their families and other stakeholders. These meetings resulted in the adoption of the Manila Manifesto of Filipinos Living with HIV/AIDS, which forms the basis of PAFPI’s future planning, and advocacy and lobbying efforts. In particular, achieving access to generic Antiretroviral (ARV) medication. According to UNAIDS and the national program on HIV and AIDS, ‘’… by 2020, 90% of PLHIVs will know their status, 90% of people diagnosed will receive sustained ART, and 90% of all people receiving ART will have viral suppression’’. 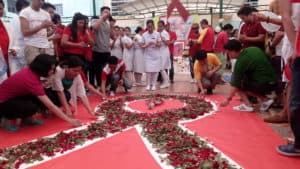 World AIDS Day takes place on 1 December each year. It is a dedicated day to raise awareness of the AIDS pandemic caused by the spread of HIV infection. It is also a day to mourn those who have died of the disease. Governments, health officials, non–governmental organisations, support groups and individuals all observe the day, and there is a focus on education, prevention and control.

Each year, PAFPI is committed to marking this important day and pursuing its thrust not only to protect people against the onslaught of the disease but by contributing to the national efforts and initiatives. PAFPI uses World AIDS Day raise awareness and give people an understanding of the real situation and impact of this global disease for those infected and affected individuals.