Human Rights Day 2021: Australia must stand on the side of the people of Myanmar

December 10th is the anniversary of the adoption by the United Nations of the Universal Declaration of Human Rights. On this anniversary, Australians not only celebrate the rights we exercise every day, but we also acknowledge that ‘enjoying those rights carries with it the responsibility of promoting these rights for all people’ (Australian Human Rights Commission).

Following is a snapshot of the human rights violations across Myanmar for this week alone:

• A five-year-old girl was fatally shot in the head when soldiers fired random shots in her neighbourhood in Mandalay, taking the total number of children murdered by the regime to 100 in the last 10 months.

• In Yangon, a military truck ploughed into unarmed anti-regime peaceful protesters then fired live ammunition, killing four people – not only a violation of their human rights, but it also amounts to ‘extrajudicial and disproportionate punishment’. Vehicle ramming attacks on protestors have occurred 19 times over the past 10 months.

• Myanmar’s detained civilian leaders, State Counsellor Aung San Suu Kyi, and President U Win Myint, were convicted and sentenced to 4 years in prison in a sham trial, before a military-controlled court. Other cases against State Counsellor Aung San Suu Kyi – considered baseless and designed to end her political career – together carry a maximum sentence of more than 100 years in prison. There is never a fair and public hearing by an independent and impartial tribunal for those arbitrarily detained because there is no such thing as judicial independence under the military junta. 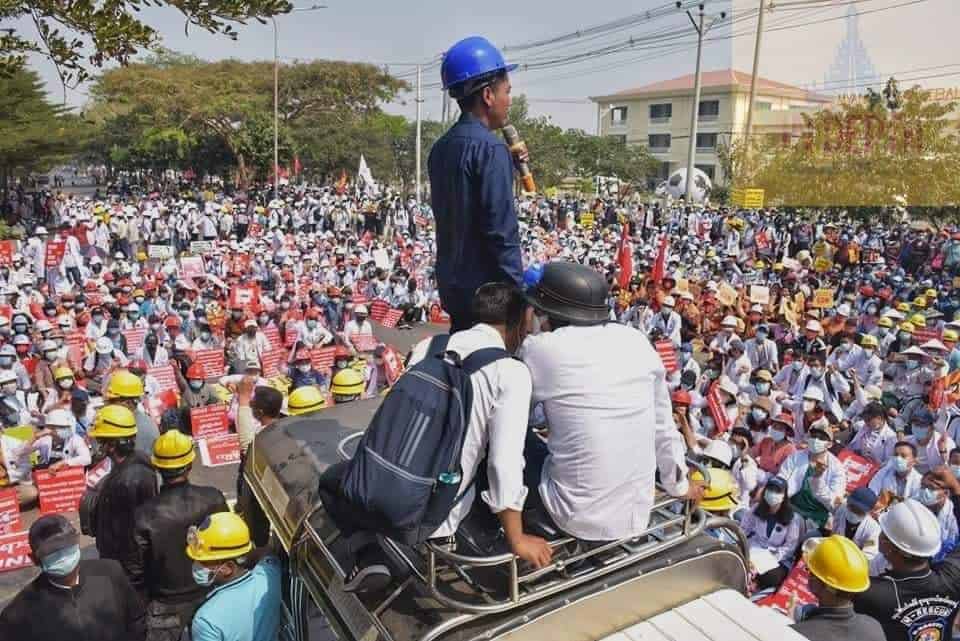 Huge crowds gathered at a protest against the military coup in February, 2021.

As expected, the United Nations, the United States, the United Kingdom, and the European Union, immediately condemned the unjust conviction of Myanmar’s elected leaders in the strongest terms: ‘The conviction of the State Counsellor following a sham trial in secretive proceedings before a military-controlled court is nothing but politically-motivated…It is not only about arbitrary denial of her freedom – it closes yet another door to political dialogue’ UN High Commissioner for Human Rights Michelle Bachelet.

‘The Burmese military regime’s unjust conviction of Aung San Suu Kyi and the repression of other democratically elected officials are yet further affronts to democracy and justice in Burma’ Antony Blinken, US Secretary of state.

The United Nations, the United States, the United Kingdom and the European Union, unanimously reiterated their calls for the unconditional release of all those arbitrarily detained, including Myanmar’s elected leaders, an end to the military junta’s gross violations of human rights, for the regime to engage in constructive dialogue with all parties, and for the restoration of democracy.

• Why did Australia remain silent this week?

• Why has Australia still not joined its allies the US, UK, EU, and Canada in sanctioning the junta leaders and major military enterprises, including the Myanmar Economic Corporation (MEC) and Myanmar Economic Holdings Limited (MEHL)?

In support of this Dr Lavina Lee, Senior Lecturer in the Department of Modern History, Politics and International Relations at Macquarie University says ‘democracy promotion’ in our region is key to achieving Australia’s long-term vision. For all of these reasons, democracy promotion in Myanmar should be Australia’s utmost priority. Since the Febraury 1 attempted coup and the ongoing military junta violence against the population, there has been a seismic shift in Myanmar, a transformation in its political psyche according to Saw Kapi. The entire country of 50 million is in revolt against the military junta and they have strongly articulated their desire for an inclusive, united, Federal Democratic Union – expressed on multiple fronts through the Civil Disobedience Movement instigated by Myanmar’s health professionals, the refusal of ordinary citizens to pay taxes and other revenues for essential services, the leadership of Generation Z, the formation of the National Unity Government, and the People’s Defence Forces. 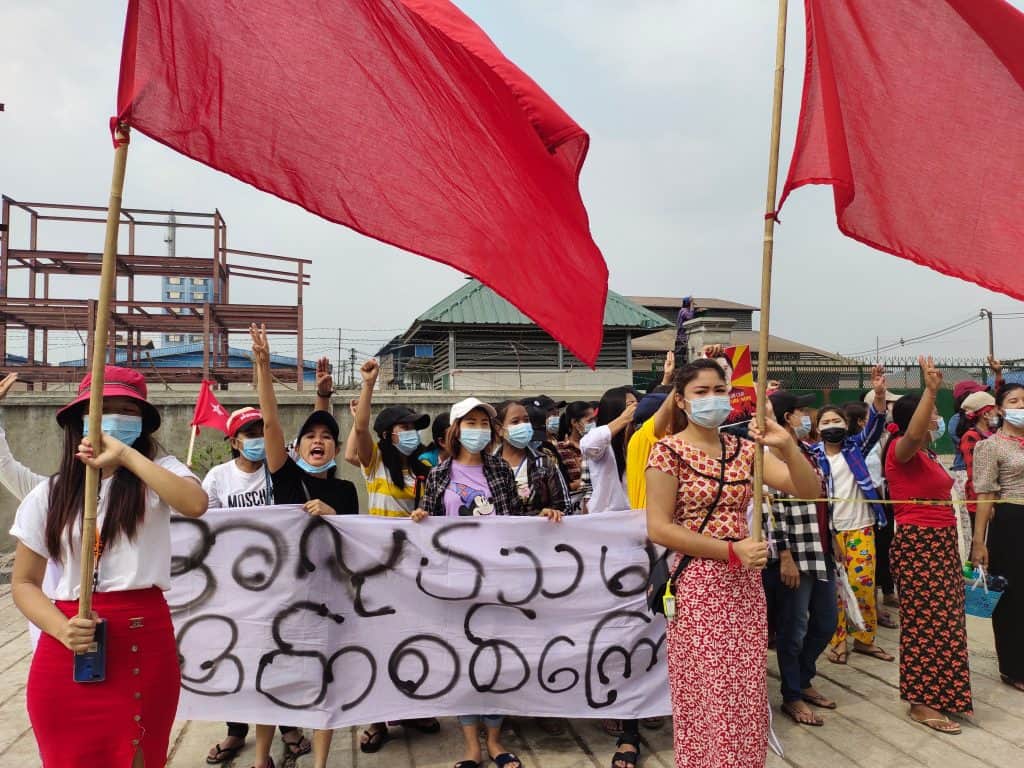 Young people protesting against the military coup in Yangon, February 2021.

How can the Australian government, together with its allies, promote democracy in Myanmar right now? The Special Advisory Council for Myanmar, which includes Australia’s Chris Sidoti, is calling for a global three cuts strategy against the Myanmar military junta: ‘Cut the weapons, cut the cash and cut the impunity’. According to Dr Htwe Htwe Thein, a member of CRPH/NUG Support Group (Western Australia) and Associate Professor in International Business at the School of Management, Curtin University Australia, there is one very key explanation for the February 1 coup, and that is, ‘the desire of the military to protect its wealth and business interests. For decades the military has amassed huge wealth by controlling the state bureaucracy and establishing near-monopolies in key sectors’. The military junta’s substantial revenue is the key factor which enables the military’s illegitimate grip on power and their ongoing atrocities. But the international community must go further than sanctioning the military’s conglomerates MEC and MEHL, by also placing sanctions on their revenues from oil and gas extraction. We must declare the military junta a terrorist organisation and instead recognise and work together with Myanmar’s National Unity Government, the only legitimate representative of the Myanmar people. Australia and the rest of the international community ‘can no longer afford to defer to ASEAN for leadership…nine months since the Myanmar military coup, it is clear that ASEAN has failed’.

We, the CRPH-NUG Support Group Australia, representing the undersigned groups from the Myanmar diaspora community in Australia, welcome any invitation to further discuss Australia’s response to the crisis in Myanmar.