In Timor Leste, informal workers and their communities are taking action to build their resilience and preparedness in the face of the global Coronavirus pandemic.

To assist with immediate education and support for vulnerable and informal street vendors, a group of Timorese activists, nick-named the Bucket Crew, have raised money to buy taps to fix to water buckets to create hand-washing stations with soap which were distributed to informal places of work.

This initiative has sparked the wide-spread use of hand-washing stations which have now been set up outside businesses, supermarkets, homes, and workplaces across the districts of Dili.

In Timor Leste, the response to the Coronavirus crisis has been fairly quick despite current political instability. At the date of writing there has only been one confirmed case of COVID-19, who was self-isolating prior to testing and was immediately quarantined.

Together with the bishops who asked the entire Timor Leste community to not attend mass and have cancelled all Easter festivities, the Timorese government also closed all schools as soon as the first case was confirmed.  A State of Emergency was called by the President of Timor Leste on Friday 27th March banning all public gatherings and use of public transport

Like many other countries in the region, one of Timor Leste’s biggest challenges in protecting all citizens from the Coronavirus is practicing social distancing measures in very close living and sleeping arrangements for families and communities. 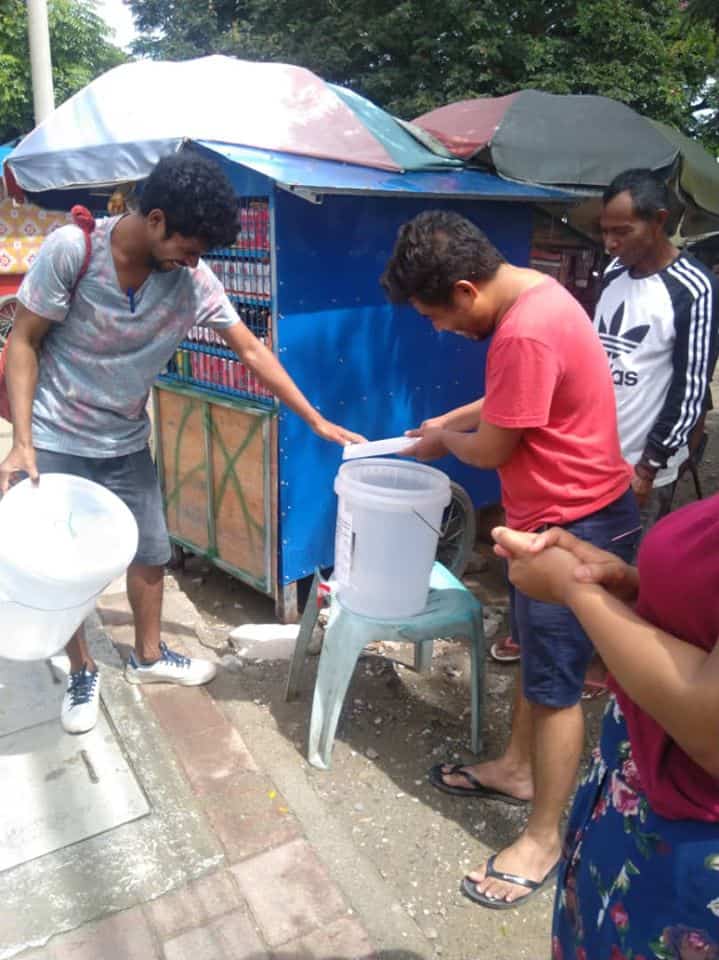 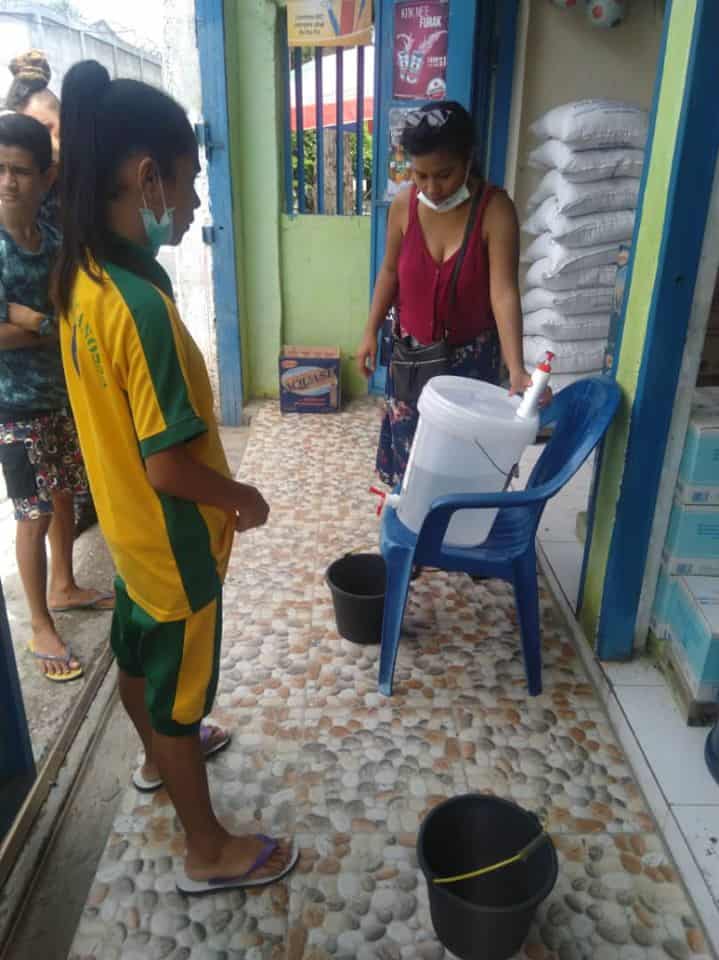 Responding to the crisis

Union Aid Abroad – APHEDA partner organisations, including the Kdadalak Sulimutuk Institute (KSI), the Working Women’s Centre of TImor Leste (WWCTL) and the General Union of Workers of Timor Leste (SJT-TL) are developing ways to provide COVID-19 information and support to the vast majority of the Timorese population who live in rural and remote parts of the country.

A meeting of the farmers’ union the district of Suai/Covalima (including APHEDA partners KSI & IEP), developed train-the-trainer sessions to disseminate Ministry of Health and WHO guidelines on protection from COVID 19, across thirty villages before the State of Emergency was declared.

Timor Leste’s peak union body (KSTL) met with the Department of Labour last week demanding that the employers continue to pay wages as per Section 15 of the Timor Labour Code. This was followed up by a submission to the Secretary of State from the Working Women’s Centre of Timor Leste to include informal workers in the ongoing provision of wages.

The Department of Labour and Secretary of State came out publically this week, declaring that full or in some cases half wages should be paid for the months of March and April.

In the coming days, Union Aid Abroad – APHEDA will be assessing how it can best support our partner organisations in these critical times. Because already, communities across the Global South are facing the impact of the health and economic crisis. If you are able to make a contribution to Union Aid Abroad – APHEDA, you will be supporting our partner organisations as they mobilise to stop the spread and secure their human and labour rights.