Karen News provides a voice for ethnic Karen in Myanmar 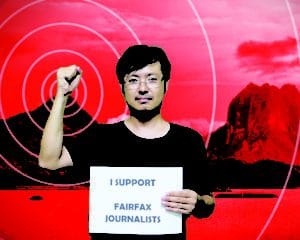 Karen News is an ethnic Karen news agency, generating written articles, radio and film news reports on social justice issues that shape Karen communities in Myanmar and around the world. Karen News provides a window for Myanmar and the international community on what is happening in Myanmar’s ethnic Karen state and Myanmar more broadly.

Social justice issues that Karen News report on include – the repatriation of refugees, displacement of people, land rights, land confiscation, the on-going peace process, the impacts of unfettered development on communities and the environment, and the exploitation and rights of workers and migrants.

Union Aid Abroad-APHEDA began assisting Karen News in 2011 to set up a web-based news site – www.karennews.org. This website enabled ethnic journalists to report on a diverse range of social justice issues, and broadcast these reports to an influential audience throughout the international community. Karen News has now established their credibility as an authoritative source of information on the Karen and the important issues affecting their community.
Karen News have built their capacity, now producing weekly television broadcast segments, 20 minutes of radio and 15 minutes of television in the Karen and Burmese languages. Karen News has also produced a number of powerful documentary videos on union organising, environmental action against dams, refugees and displaced people. 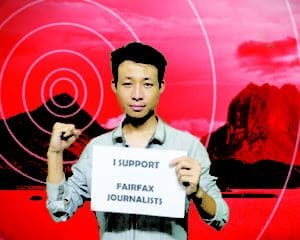 Achievements over the past 12 months

The year 2015 saw the election victory of Daw Aung San Suu Kyi’s National League of Democracy. Unfortunately, the hope the NLD government would result in improved livelihoods for the nation’s citizens quickly evaporated and many critical social justice issues remain unchanged. Allocation of funding from APHEDA over the last 12 months has helped Karen News report on a variety of these continuing social justice issues, with a specific emphasis on informing those living in underdeveloped or conflict affected areas. Issues spotlighted over the last 12 months include; governance issues, development, land confiscation, the right of reply to political and environment advocates, community politics, democratic reform, migrant workers and refugees.

During 2017 Karen News also produced a full length documentary called ‘They Only Listen When We Are United’. In this documentary Karen News interviewed APHEDA’s union partners in Myanmar, and recounted the struggle of workers fighting for their rights in Myanmar’s industrial zones. This documentary (produced in both English and Burmese) will be used to educate supporters in Australia about the struggles of Myanmar’s Workers. It will also be used by union partners in Myanmar as an educational tool during union training. 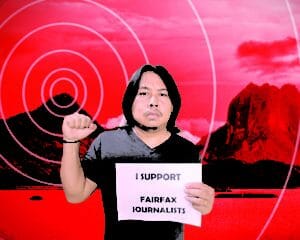 Looking forward over the next 12 months

Over the next 12 months Karen News has identified a number of major social justice issues that they plan to investigate and report on (both through written and filmed reports). These include:

To trailer for Karen News’ upcoming documentary ‘They Only Listen When We Are United’ is below: