Until Union Aid Abroad APHEDA launched its first asbestos disease prevention project in Vietnam in 2010, asbestos was a relatively unknown issue in South-East Asia. Over the last seven years, the situation has changed considerably – what was then an unknown, difficult to publicly discuss issue is now getting high level attention.

Mapping the impacts of asbestos

One of the key achievements for the project was the development of a National Asbestos Profile (NAP) in Lao PDR. The NAP is a tool developed by the World Health Organisation (WHO) to define the national baseline situation of asbestos use, storage, transport and disposal patterns, and to identify populations at risk from exposure. The first draft of the NAP for Lao PDR was completed in July 2016 after a great deal of work with APHEDA partner organisations and concerned government Ministries.

The completion of the NAP is a tremendous achievement, augmented by the development in 2016 of draft ‘Chemical Law’ legislation by our project partner, the Lao Ministry of Industry and Commerce. The Chemical Law will provide key regulatory guidelines on hazardous substance management, including asbestos. The draft Law was approved at a Prime Minsterial meeting in October 2016 and is expected to be approved by the National Assembly in 2017.

Coming together to ban asbestos in Laos

In March 2017, over thirty representatives of Lao Federation Trade Unions, Ministry of Health, Ministry of Labour, local non-profit associations, electronic and print media and APHEDA staff took part in an historic 2-day workshop supported by APHEDA on the health hazards of exposure to asbestos and action needed to ban asbestos use in Lao PDR.

Speakers from Vietnam,  Thailand,  Australia, Lao and WHO came together to discuss the health impacts of asbestos exposure, global trade in this deadly product, responses by other countries in banning asbestos and the substitute materials now available. The workshop also heard the sad statistic that Lao PDR is now the highest consumer of asbestos by head of population in Asia. According to global projections this means Laos can expect a spike in lung cancers and other asbestos related diseases in the next 15 – 30 years. At the workshop, participants pledged to keep working together to help promote the dangers of continuing asbestos use in Lao PDR and work to promote a ban of chrysotile asbestos as soon as possible. 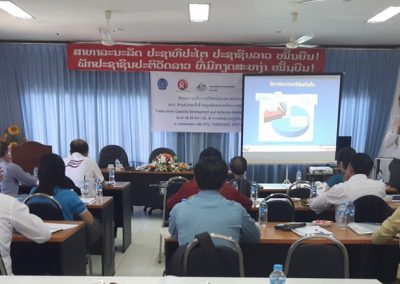 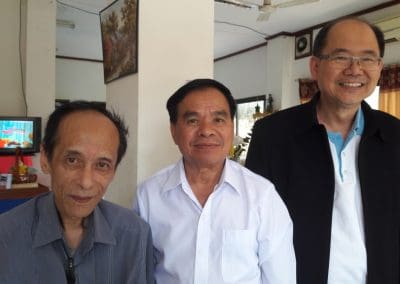 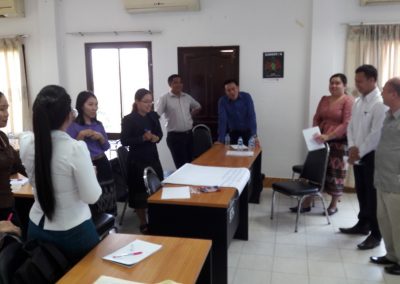 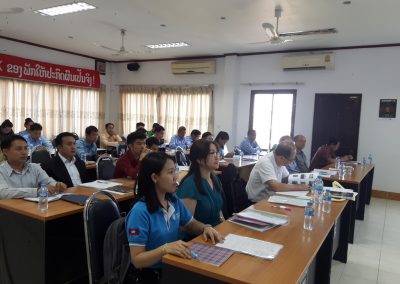 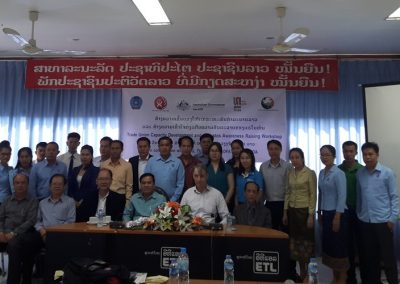 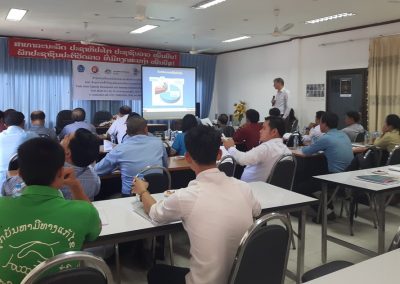 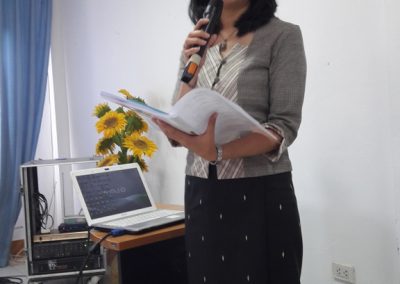 Read more about how activists in South-East Asia are stepping up the campaign to ban asbestos
Stand with Rajendra - demand action chrysotile asbestos now!