In Hong Kong, trade unions have been helping organise the mass demonstrations in support of democracy over the past year. The General Secretary of the Hong Kong Confederation of Trade Unions (HKCTU), Lee Cheuk Yan, visited Union Aid Abroad – APHEDA on an advocacy tour of Australia in December last year.

Lee came with this message of solidarity to Australian unionists and internationalists:

“This is a fight against authoritarianism all over the world. For any citizen around the world who wants to protect freedom and fight to support democracy, we should all band together to sanction any human rights abuser from any corner of the world from any authoritarian regime.”

“The fight will go on, and the struggle will go on until we win. We hope that the world can support us, and together we can fight authoritarian regimes.”

Since the protests have begun, workers in Hong Kong are organising unions like never before. Over forty new unions have been built, and dozens more are on their way. On his return to Hong Kong, Lee Cheuk-Yan commented on this surge in union organising, saying:

One of those newly-formed unions, the  Hong Kong Employees Alliance (HKEA), has recruited more than 15,000 health workers and is mobilising worker-led responses to the outbreak of the Coronavirus. The health workers have declared that they will strike unless the Hong Kong government proactively acts to protect Hong Kongers from the virus by closing the border with mainland China.

In the ultra-capitalist financial hub of Hong Kong, workers are building unions like never before! 💪In the past few… 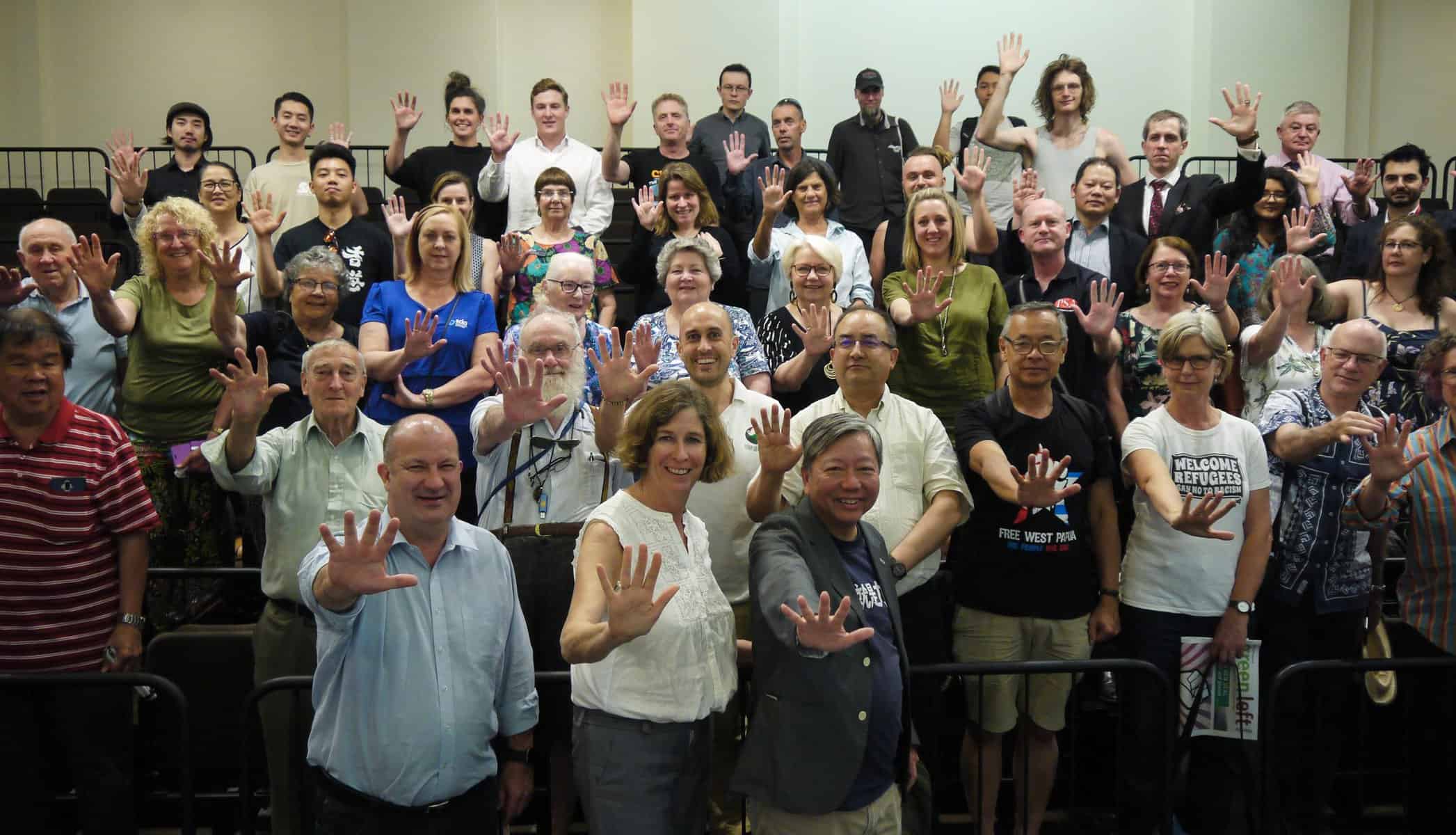 Support the Global Struggle for Justice

By becoming a member of Union Aid Abroad – APHEDA, you will have the chance to hear activists like Lee Cheuk-Yan speak about their struggles for peace, justice, and workers’ rights on solidarity tours. Join the community of Australian unionists, internationalists, and activists today!