Activists in Melbourne continue to shine as Victoria saw a membership growth spurt recently thanks to the hard work of dedicated volunteers. Highlights include:

Special thanks to the National Union of Workers (NUW), Victorian Trades Hall Council (VTHC) and all the others in the Melbourne APHEDA activist group who busted the moves to sign up new members at the annual Union Aid Abroad APHEDA Dinner. And congratulations to the Independent Education Union (IEU) who won the table prize for their proud 100% membership.

It was a fantastic event with lots of laughs, great people and an excellent live auction hosted by HACSU’s champion auctioneer, James McWhinney. Almost $10,000 was raised this year.

Gillian Triggs was also one of the stars of the evening and in case you were unable to attend the dinner (or would like to relive the fun again), you can view her full talk below.

Another special mention to Serena O’Meley and Terry Mason from the NTEU who drove up to Albury/Wodonga on the 10th instead of hanging out with everyone at the APHEDA dinner. They represented Union Aid Abroad at the North Eastern Trades and Labour Council annual dinner which was held on the same night. Great feedback from the attendees and another $1,000 raised in raffle and auction prizes for APHEDA on the night.

On Friday night, Union Aid Abroad APHEDA activists Serena O’Meley and Terry Mason took global solidarity to the North East Border Trades and Labour Council Dinner in Wodonga. The ASU’s Paul Gatto won the silent auction, a signed Sam Wallman print that celebrates the Working Women’s Centre in East Timor. Terry gave an awesome presentation covering the work of APHEDA and Sally McManus was the guest speaker. A big thank you to Serena and Terry for travelling up the Hume Highway to attend the dinner and represent APHEDA on the same night the Melbourne APHEDA dinner was taking place. @juniperberry99 @trrymason0 #NEBTLCdinner #globalsolidarity #ausunions #wodonga #samwallman 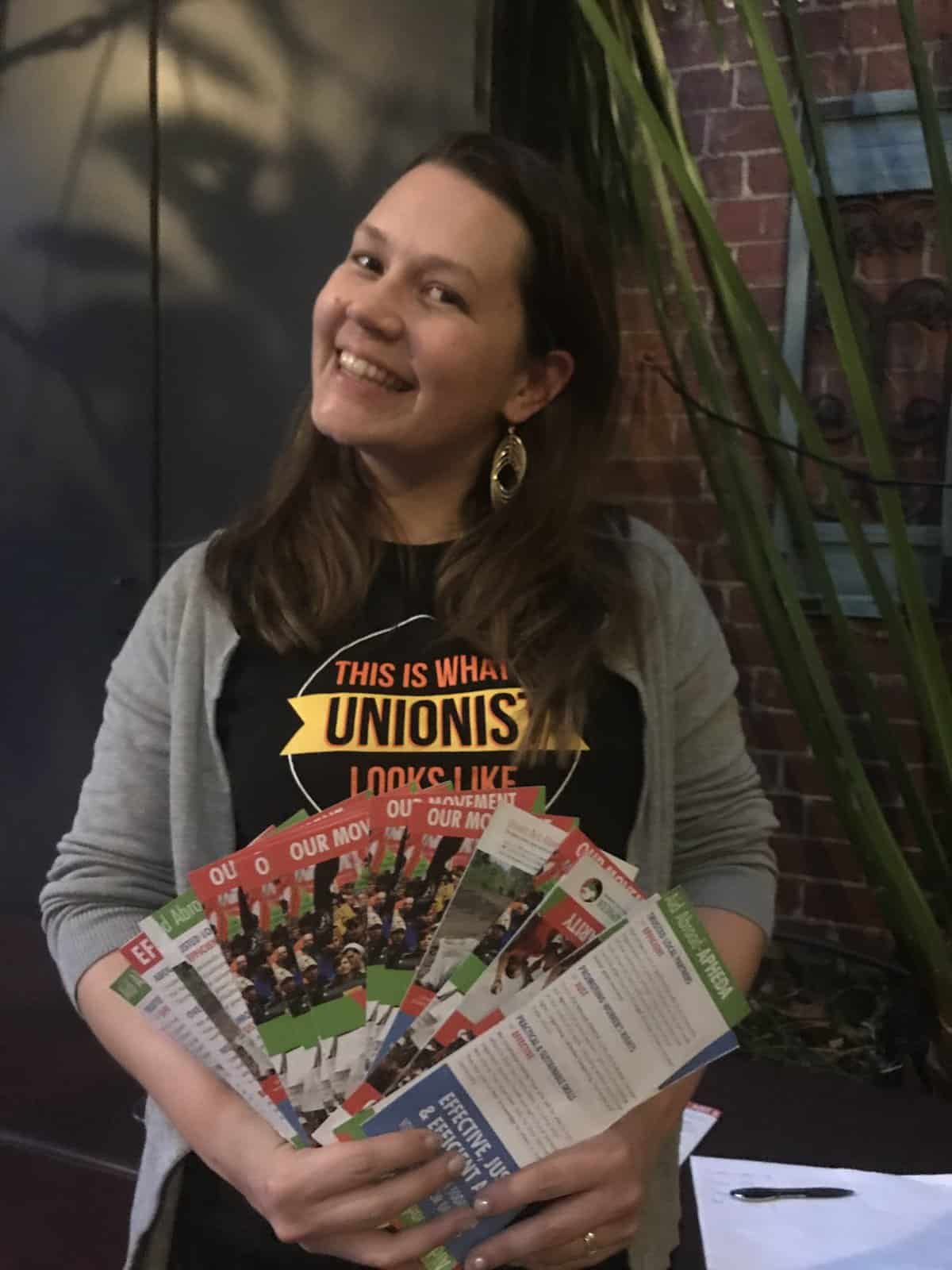