Myanmar Campaign Network strongly condemns the execution of four people by the Myanmar State Administration Council (SAC). Among the four people were pro-democracy activists Kyaw Min Yu, aka Ko Jimmy, a leader of the 88 generation students’ group and Phyo Zeyar Thaw, former Member of Parliament of the National League for Democracy. Two other men, Aung Thura Zaw and Hla Myo Aung were executed. 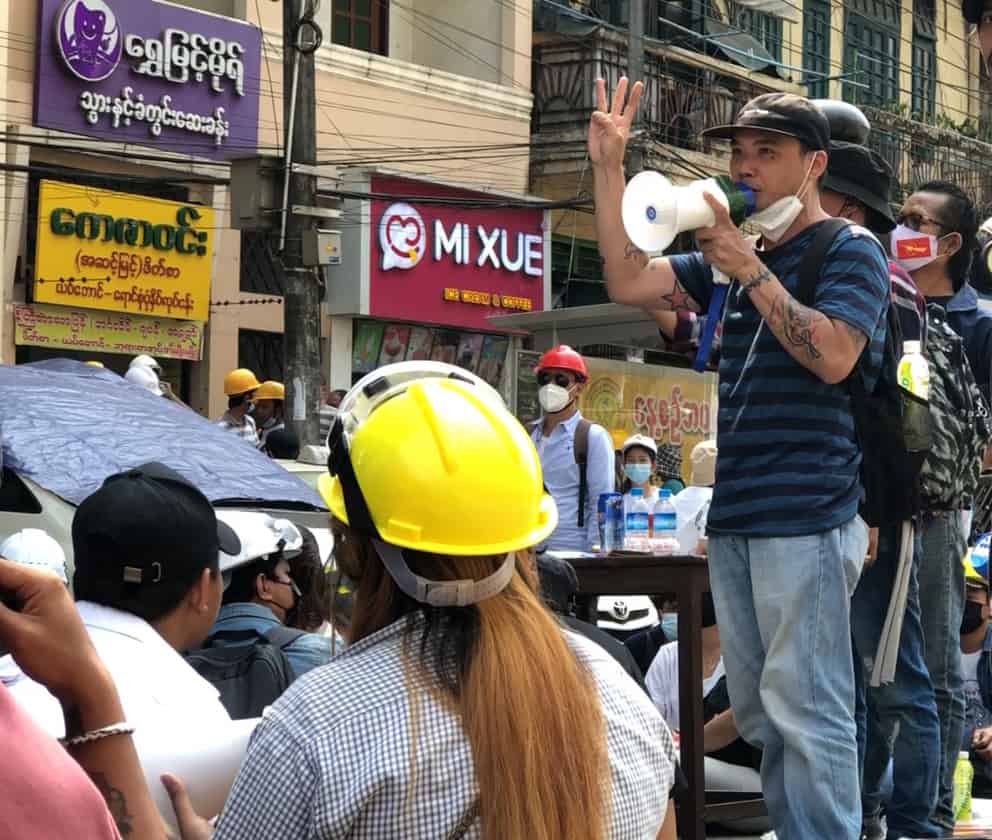 In the state-owned newspaper Global New Light of Myanmar, SAC stated that prisoners were charged under Counter Terrorism law and the penal code.

The junta decreed Martial Law Order 3/2021 in March 2021, which allows criminal cases to be heard and decided by Military Tribunal and the death penalty to be sentenced for 23 offences.

Both Kyaw Min Yu and Phyo Zeyar Thaw were handed death sentences on 21 January 2022. Their appeals to the sentences were rejected and the junta announced on 3 June 2022 that the pair would be executed, along with the two other prisoners.

As of July 22, 2022 the junta has sentenced 76 people to death including 2 children. 41 of these have been sentenced in absentia.

Australia’s position regarding capital punishment is resolute and as a signatory to the International Covenant on Civil and Political Rights and its Second Optional Protocol, Australia has committed to the global abolition of the death penalty.

ASEAN member states Cambodia, Indonesia, Laos are signatories to the International Covenant on Civil and Political Rights. Philippines is also a signatory to the Second Optional Protocol.

“Being sentenced under military tribunal has denied these men a fair trial and the death penalty is a direct violation of the fundamental human right to life. As the leading democratic nation in the region, Australia must act on the ongoing and previous human rights violations, crimes against humanity, war crimes, genocide and serious violations of humanitarian law in Myanmar.”

Australia and members of the international community who value human rights and democracy should strongly condemn these executions. Australia should also act on the incarceration of Professor Sean Turnell and all political prisoners, and issue calculated targeted sanctions on the junta and their business entities to cut off the flow of revenue to the military.

Myanmar Campaign Network urges the Australian Government to act without delay to: 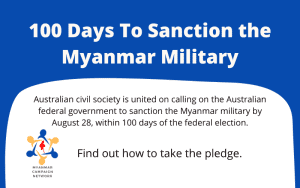 The Myanmar Campaign Network and other civil society groups have created a new campaign with the goal of targeted sanctions on the Myanmar military issued by the Australian government by August 28, 100 days since the federal election.

Find out how your can support the campaign and take the pledge.