Building union power in the changing electricity sector in Vietnam

Electricity is an essential service for all citizens, and the workers who help keep the lights on deserve safe workplaces and secure livelihoods. Communities should be able to access electricity at an affordable price, and nobody should have to live in polluted environments.

That’s why Union Aid Abroad – APHEDA is working with the Vietnam General Congress of Labour (VGCL) to prepare pro-worker responses to the rapidly changing electricity sector in Vietnam, where there are growing challenges to worker rights, environmental sustainability, and community health.

The Vietnam General Congress of Labour (VGCL) represents over ten million workers across the country, including 100,000 members in the publicly-owned energy provider, Vietnam Electricity Group. 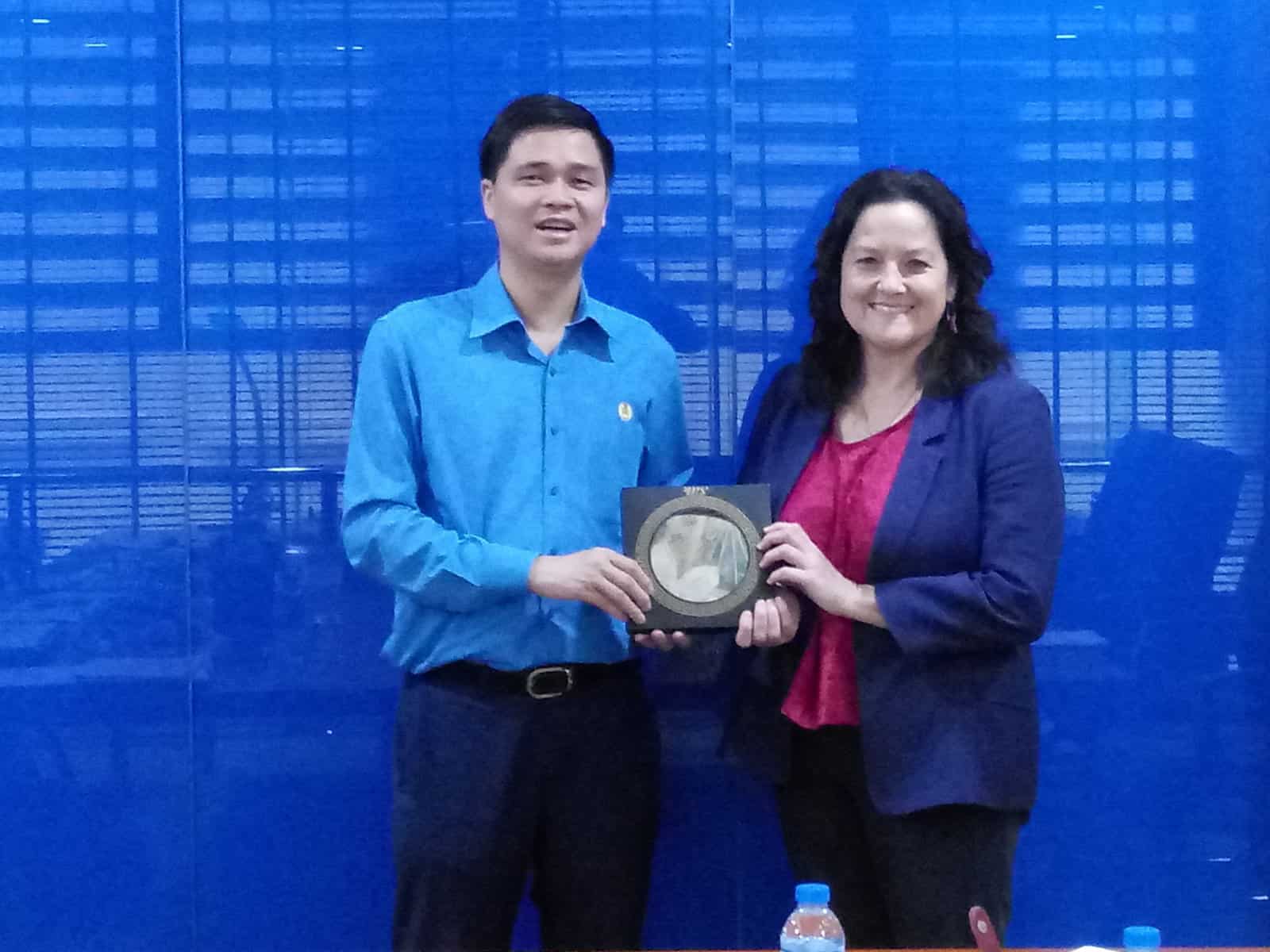 Since the Vietnam government introduced “Doi Moi”, the political and economic renewal campaign in 1986, it has enjoyed some of the most inclusive growth in South East Asia. This is reflected in the energy sector, where the price of electricity is one of the lowest for households in the region, and access to electricity is nearly universal in Vietnam. This is in stark contrast to other South East Asian countries.

Currently all state owned enterprises in the electricity sector are moving away from public ownership and opening themselves up for private investment.  In the initial stages, the government plans to hold the majority share in the new companies.

Coal use in Vietnam is set to increase from around 35% to 53% by 2030 and the country is set to become a net importer of energy, with 32GW of planned new coal generation.  Due to the negative impacts on local community health, especially from increased air pollution, local governments are increasingly opposing new coal-powered electricity stations. Vietnam is also one of the most vulnerable countries globally to the impacts of climate change.

New private businesses are starting to operate in Vietnam’s energy sector.  Renewable production of solar, wind and micro-hydro energy has been rapidly increasing, with the bulk of new generation privately owned.  There are currently no unions in this growing private energy sector and initial investigation have revealed poor wages and dangerous workplace health and safety practices.

To attract more private investment, the price of electricity has been rising in Vietnam. This is impacting household budgets and especially workers in the informal economy who rely on affordable electricity for their work, such as home-based sewing and garment manufacturing.

Union Aid Abroad – APHEDA’s Vietnam’s office is working closely with the Vietnam General Congress of Labour (VGCL) on an initial research and scoping phase to explore how unions can respond to these challenges in a way that creates good union jobs, protects the environment, and delivers affordable energy to homes.

By becoming a member of Union Aid Abroad – APHEDA, you will be supporting projects like these that build the foundations of a just transition into a sustainable future. Our partner unions are working to develop alternative models of energy production that protect workers’ rights, safeguard the environment, and deliver affordable electricity to homes.