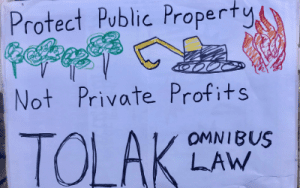 On 5 October 2020, Indonesia’s legislature passed a controversial law aimed at boosting manufacturing and shoring up foreign investment. Plans for the law were initially flagged almost a year earlier, soon after President Joko Widodo (Jokowi) was sworn into office for his second term. Despite its grand title, this law is much less about job creation than about giving business a free hand at the expense of workers.

The bill attracted criticism from unionists, human rights activists and environmentalists from the time it was introduced for discussion in the legislature in mid-February. In April, unions managed to secure a stay for further consultation on a ‘cluster’ of labour-related provisions by threatening to stage large-scale protests at a time when Jakarta was under a COVID lockdown. Its passage in October prompted large-scale, sometimes violent, protests not only of workers but of students and others, including Islamic groups, demanding that Jokowi refuse to sign the bill into law.

The wide-ranging impact of the Omnibus Law

Widely referred to as the Omnibus Law, the bill modifies dozens of existing laws dealing with everything from the environment to taxation. Key changes affecting workers include the removal of restrictions on outsourcing and contract work, significant reductions in job security, leave entitlements and severance pay for permanent employees, the abolition of the five-day working week and an increase in legal overtime. Unions’ capacity to represent their members has also been reduced with the removal of provisions allowing dismissed workers to launch an appeal through the industrial relations courts. The abolition of sectoral minimum wages, meanwhile, is the final nail in the coffin when it comes to unions’ capacity to set the wage agenda. This capacity had already been deeply undermined in 2015 when the government issued a regulation that undercut unions’ ability to pressure local officials into supporting their minimum wage demands – which had resulted in annual increases of up to 70% in industrial areas between 2012 and 2014 – by introducing and enforcing a formula for determining the minimum wage.

ANU economist Hal Hill has been quoted in The Australian as saying that ‘The law is not anti-worker but pro-jobs because in Indonesia’s labour market right now it is really only a minority that benefit from those protections whereas the great majority of workers are locked out.’ However, there is no evidence that the reduction in job security and working conditions for the few who do have some level of protection will even actually create any new jobs. In fact, it is clearly nothing more than ideological in a context where the cost of doing business is about so much more than the cost of labour.

Professor Michele Ford is the Director, Sydney Southeast Asia Centre at the University of Sydney and President of the ISA Research Committee on Labour Movements. She has been researching the Indonesian labour movement and labour relations in Indonesia for over 20 years.

Union Aid Abroad-APHEDA is holding a webinar on Indonesia’s Omnibus Law on Monday 30 November 2020. Check back soon for registration details. 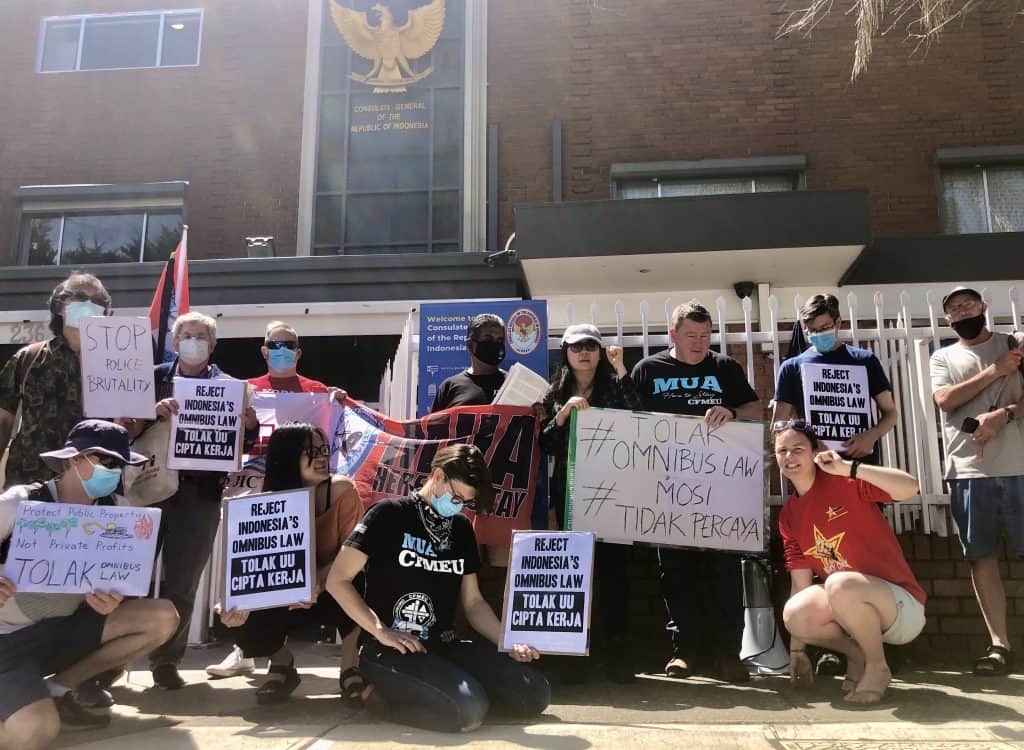