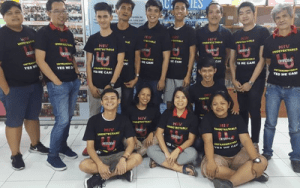 While new HIV cases worldwide have decreased from 2.1 million in 2015 to 1.8 million in 2017, HIV is on the rise in the Philippines. A 2017 UN report has cited the Philippines as having the fastest growing HIV epidemic in the Asia-Pacific region and also one of the eight countries that account for more than 90 per cent of new HIV infections. Over the last two decades, PAFPI has become one of the driving forces in HIV and AIDS advocacy and support in the Philippines. It has been instrumental in campaigning for access to free antiretroviral (ARV) treatment for all Filipinos. Access to free ARV treatment means that more people can survive than ever before.

People living with HIV in the Philippines are often met with rejection by friends and family and many are kicked out of their home and find themselves alone in the streets. To address this, PAFPI provides temporary shelter for thousands of vulnerable people living with HIV and their families as well as running two drop-in centres in Manila. PAFPI upholds a vision of a world where people living with HIV have healthy lives, free from prejudice and discrimination.

It's about time the Philippine Health authority and politicians to reinvent a new wheel to respond the insanely increasing HIV problems. They claimed it is an emergency epidemic "Philippines: HIV cases up 3,147 percent in 10 years @AJENews https://t.co/mGU4FJZVNO"

Working away from home for extended periods and being exposed to challenging working conditions and higher risk sexual activities, migrant workers are particularly vulnerable to contracting HIV and other sexually transmitted infections (STIs). To protect the health and safety of Filipino migrant workers and to reduce the risk of infection, PAFPI partners with both land and sea-based labour hire agencies to ensure that departing migrant workers are armed with knowledge about HIV/AIDS and STIs. Between July 2017 and June 2018, PAFPI conducted Pre Departure Orientation Seminars (PDOS) for more than 22,900 migrant workers. Seafarers are a key at-risk group of workers. PAFPI has been working with seafarer union Associated Marine Officers and Seafarer’s Union of the Philippines (AMOSUP) – the biggest ITF affiliate – for many years to build the capacity of workers to understand the risk and stand up for change in their industry.

“Our partnership with sea-based agencies aims to reach out to seafarers and give them enough information about HIV and how to protect themselves from getting infected,” Rodel Navarra, Chief Operating Officer (COO), PAFPI

Those conducting the training are trainers who have first-hand experience of living with HIV. PAFPI trains its staff and volunteers to become peer educators and public speakers who then become part of a Positive Speakers Bureau. In January 2018, fourteen individuals attended a 3-day Training of Trainers session and were trained to conduct HIV education and become members of the Positive Speakers Bureau. This innovative model empowers HIV positive returned migrant workers to share their experience and be part of a community fighting for respect and change.

This work is supported by the Australian Government’s Aid program and with assistance from the Pasasalamat Fund.

In the fight to get to zero, PAFPI remains true to its mission and vision and will proactively continue to contribute to the national HIV and AIDS response with its intervention and advocacy activities. Further, PAFPI will continue its presence in any local and national discussion, HIV and AIDS meetings and other events aimed at influencing decision makers and stakeholders to come up with solutions and intervention plans to decrease the rate of HIV infection in the Philippines, thus lessening the overall global burden and negative impact of the disease.