​The military coup in Myanmar has denied the country the results of the 2020 elections where the National League for Democracy (NLD) won the majority of all seats. February 1 2021 was the date set for the new Parliament to sit and form government. Now, fatally, it has become known as the first day of the coup led by General Min Aung Hlaing, head of the Myanmar army (Tatmadaw). It is widely understood that at least in part the coup was orchestrated by Min Aung Hlaing to consolidate his own power as he was due to reach retirement age and lose his role as Commander in Chief of the armed forces. Further, in both the House of Representatives and the House of Nationalities, the Myanmar army’s party lost seats to the NLD and opposition parties. 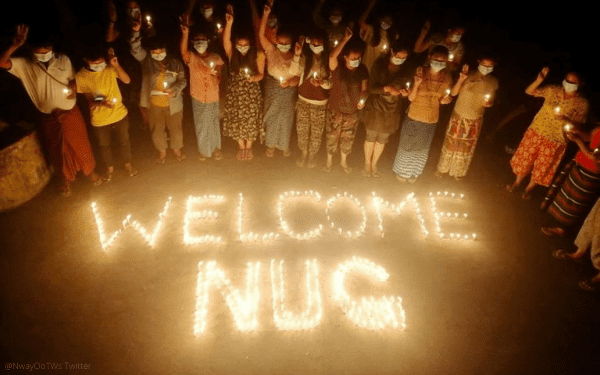 With senior figures of the National League for Democracy arrested, including State Counsellor Aung San Suu Kyi and President Win Myint, MPs who were elected in the November 2020 election have formed a political grouping known as the Committee Representing Pyidaungsu Hluttaw (CRPH). CRPH is seeking international recognition from governments globally as the democratically elected government of Myanmar. Despite widespread condemnation of the junta, no government has yet come forward and formally recognised the CRPH. In order to isolate the Tatmadaw, this remains an urgent demand on all governments internationally.

On 31 March, the CRPH announced a National Unity Government (NUG). This in essence is a Cabinet of ministerial positions ready to take up the functions of government as best as it is able to, and to relate internationally to comparable ministers. The NUG draws from elected MPs but has also included others from the many ethnic groups of Myanmar and from civil society more broadly. This was done in an effort to unify movements opposed to the Tatmadaw.

The fight for a federal democratic union

Myanmar is an ethnically diverse country with at least 135 ethnic groups. Over many decades, the main ethnic groups have fought for recognition and for a federal democratic union that enshrines rights for their existence and self-governance. The new NUG needs widespread support from ethnic groups to have any chance of success and so has provided some tentative indications that in the current context, they are willing to provide further formal recognition. As part of the consolidation of opposition forces against the junta, the armies of the ethnic groups recently announced a new structure for a unified ethnic army.

The NLD and Aung San Suu Kyi lost enormous international credibility following the genocide against the Rohingya people by the Myanmar army in 2016. The US had already placed General Min Aung Hlaing under sanctions for his leadership role in the ethnic cleaning of more than 700,000 Rohingya Muslims. During the genocide and in the years following, the NLD has refused to condemn the military’s actions nor take responsibility for the genocide as Myanmar’s ruling party.

On 24 April 2021, the leaders of the 10-country Association of Southeast Asian Nations (ASEAN) came together for an emergency summit hosted by Indonesia’s President, Joko Widodo. The ASEAN leaders tried to reach an agreement on action for Myanmar and came up with a Five Point Consensus.

ASEAN has been criticised for allowing the junta to participate but not the NUG. The Five Point Consensus is widely seen as having potential, and unusual for ASEAN’s normal policy of ‘non-interference’ in ASEAN countries internal affairs.

Five Point Consensus falls short and is ignored by the junta

However, the Consensus falls short in its failure to call for the release of all political prisoners, now at over 4,000. A statement from the NUG’s Office of the Union Minister of International Cooperation, Dr. Sasa, states that the NUG looks forward to ‘firm action by ASEAN to follow up on its decisions and to restore our democracy’. Given that the junta has continued to arrest and kill its own citizens, it is clear that Myanmar’s junta is ignoring the ASEAN Consensus. Min Aung Hlaing has said that instead of the ASEAN plan to de-escalate the post-coup violence, the military would instead ‘consider’ the ASEAN proposal ‘after stabilising the country’. They have also issued their own Five Point Plan (see page two of this publication run by the Myanmar military).