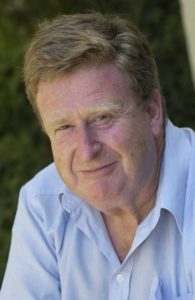 We are delighted to announce that applications are now open for the first round of scholarships which will be awarded to two eligible union delegates or activists on Tuesday 31 October 2017.

Union Aid Abroad-APHEDA will host two Solidarity Tours in 2018 – in February and September. Final details and destinations of both Solidarity Tours are still to be finalised but the Inaugural Rob Durbridge Memorial Scholarship winners will be able to select their preferred trip based on their availability.

Applicants are asked to fill in a short application outlining why they are interested and their views about global justice and international solidarity.

A selection committee will review applications. The Committee will comprise of a representative from the ACTU, AEU, Union Aid Abroad-APHEDA and the Durbridge family.

Forward your application to Samantha Bond sbond@apheda.org.au by no later than COB Monday 23 October 2017.

1/ You must be an active union delegate or activist

2/ You must be endorsed by your union to apply

4/ You must be a member of Union Aid Abroad APHEDA

What is a Solidarity Tour and where will it take me?

Previously know as Study Tours, a Solidarity Tour will take you to visit a Union Aid Abroad-APHEDA supported project so you can directly experience the international efforts of the union movement.  Past Tours have visited APHEDA-supported partner organisations and projects in Timor Leste, Laos, Vietnam, Cambodia, the Thai-Myanmar Border and the Middle East.

How long will the Tour last?

What dates will the 2018 Solidarity Tours take place?

2017 Rob Durbridge Scholarship recipients will be travelling in 2018. The dates are to be confirmed however it is likely that there will be a Solidarity Tour running in both February and September 2018. Recipients will be able to select their preferred trip based on their availability.

Who was Rob Durbridge?

Rob Durbridge was a lifelong unionist and activist who was committed to public education. Beginning his career teaching disadvantaged and disengaged youth in South Australia in the 1970s, Rob moved to regional NSW and worked his way through a number of roles at the AEU before becoming the Federal Secretary.  Rob leaves behind a legacy of advocacy for education, worker’s rights, international social justice and peace. Rob was also involved in the anti-Vietnam war movement and became involved in supporting Timor Leste before independence. Through the AEU’s overseas aid program, Rob fought to raise the working standards for teachers and to increase access to education for students in developing countries. Over the years, Rob visited a number of Union Aid Abroad-APHEDA’s projects including a visit to Timor Leste in March 2003. Current Federal Secretary of the AEU, Susan Hopgood, remembers Rob as a “tireless advocate for public education, a passionate leader in the labour movement and also the global struggle for social justice and peace.” Rob was also a former President of the SEARCH Foundation, served on the Committee of Experts at Education International (EI) and was the founding Executive Director of the Australian Institute of Employment Rights.