Dr Kem Ley, a respected social and political analyst in Cambodia, was fatally shot at around 9am in central Phnom Penh on 10 July 2016. He was highly regarded for his evidence-based research and opinions on issues of national interest such as , human rights, natural resource management, HIV/AIDS and good governance and democracy.

The murder of an outspoken and independent political activist in the context of intensifying restrictions on the most active and visible voices in Cambodian civil society is profoundly alarming. Less than one month ago, Union Aid Abroad-APHEDA signed a joint public statement with 42 other organisations protesting the arrests of staff of the United Nations and human rights NGOs in Cambodia and identifying urgent concerns for the sector. These arrests took place since legislation the Government introduced last year to regulate NGOs, despite fears raised at the time that the laws could be used to quash the voices of civil society. The EU has passed four resolutions in the last two years condemning the human rights violation in Cambodia and on 4 July 2016, a US Senate committee proposed to add clauses to upcoming legislation that would block US$77.8 million in aid to Cambodia unless the Government ceases its “violence and harassment” against human rights workers and the political opposition.

We are profoundly concerned about the shrinking space for informed, outspoken civil society in Cambodia. Union Aid Abroad-APHEDA has joined 87 local and international unions and non-government organisations (NGOs) in condemning the murder of Kem Ley and calling on the Cambodian Government to initiate an independent inquiry to bring the culprits to justice.

Union Aid Abroad-APHEDA and its staff send our condolences to Dr Kem Ley’s family and friends at this difficult time. 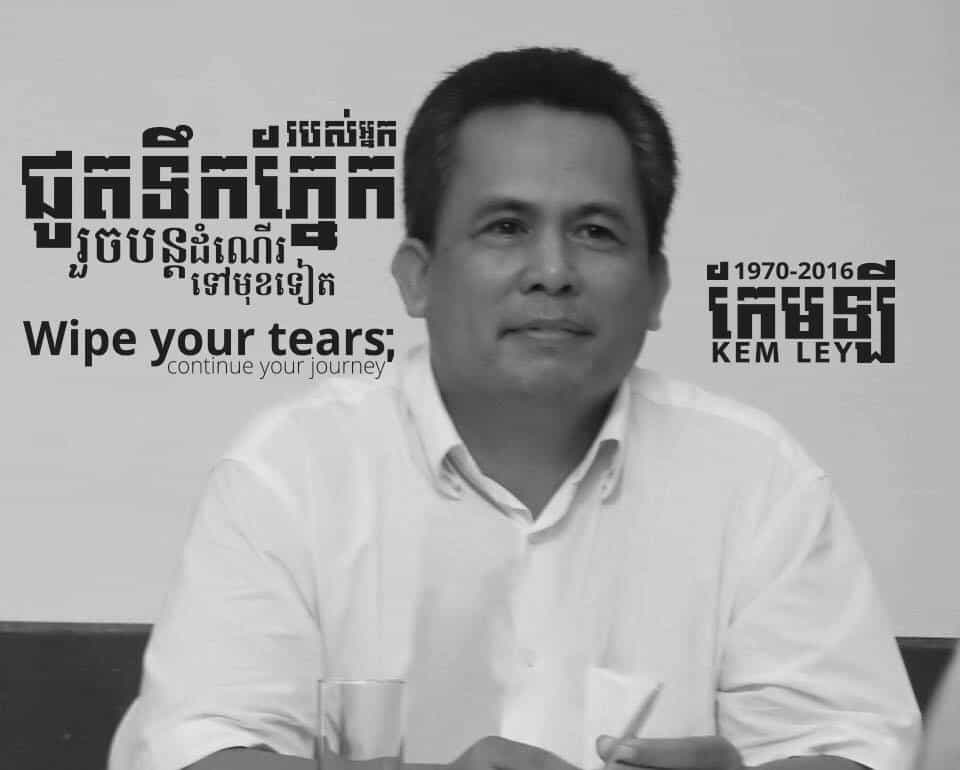