Students strike for a safe climate 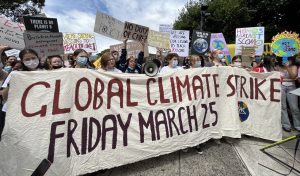 Students walked out of class and attended protests at 35 locations around Australia as part of the global School Strike 4 Climate day of action on March 25.

The rallies had three demands:

Union Aid Abroad-APHEDA staff members joined union contingents in Melbourne, Sydney, and Wollongong to show their support for the students. Thomas Mayor, Maritime Union of Australia national Indigenous officer spoke at the Sydney rally. He said: “We’ve got to fight. Workers, young people, all of us. We cannot take no for an answer from these decision makers…I was in the Pilliga [forest] with the Kamilaroi people a few weeks ago and I’m so proud to hear that they have resoundingly said no to [gas company] Santos. In the NT, Santos is doing the same thing. They’re ignoring First Nations. They want to frack our country and take away our future.”

The Independent Education Union NSW branch was one of many unions that endorsed the rally. In a statement, it said: “Many thousands of jobs could be created through massive investment in publicly owned and operated renewable energy, public transport and other infrastructure needed to rapidly decarbonise the economy. With proper planning, this would ensure a just transition for fossil-fuel workers and secure a future for other essential industries, workplaces and communities currently reliant on fossil-fuels.

“To ensure that these jobs are well paid and secure, the union movement will have to play a central role in fighting for the transition we need.

“Workers and unions have historically played an important role in fighting to protect the environment and our community, from the Green Bans of the BLF and the anti-uranium movement of the 1970s and 80s, to supporting struggles for First Nations’ land rights.

“We stand proudly in this tradition and pledge to support striking students on March 25.”

Further actions will take place on April 29 in the lead up to the federal election. Check the School Strike 4 Climate website for details. 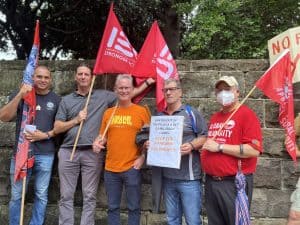 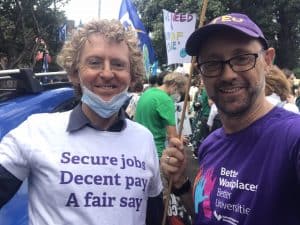 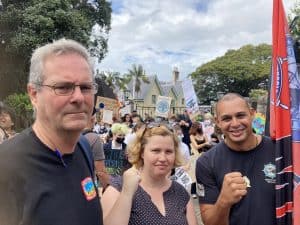 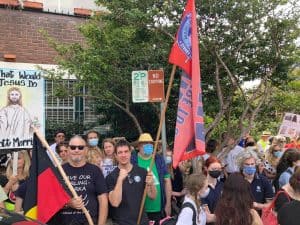 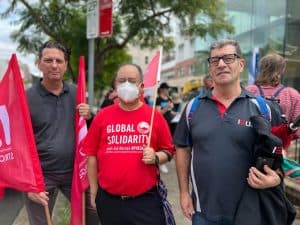 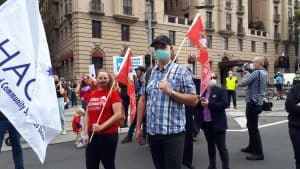