Union Aid Abroad – APHEDA coordinated a study trip for Justine Ross (CEO) and Shane McArdle (Director) of the Asbestos Safety and Eradication Agency (ASEA) to Laos and Vietnam. During the trip, they witnessed the impact of asbestos roof sheet manufacturing on local communities.

On the outskirts of Vientiane and Hanoi where farming communities plant rice and grow home gardens, we saw broken asbestos roof sheets being dumped in open paddocks surrounding the asbestos factories.

People who live around these factories reuse the broken roof sheet for fencing and to repair housing and sheds. They are unaware of the dangers asbestos poses to themselves and their families.

Because the factory dumps broken asbestos onto public land, the presence of the factory influences the building materials farmers use. We observed that farming communities further away from the factory used bamboo and wood fencing. Asbestos roof sheet fencing was not used in those communities.

Other material, too damaged to be reused, litters the roadside and waterways around the farms. It doesn’t take long in these tropical climates before the roof sheet degrades, becoming more dangerous as its condition worsens. 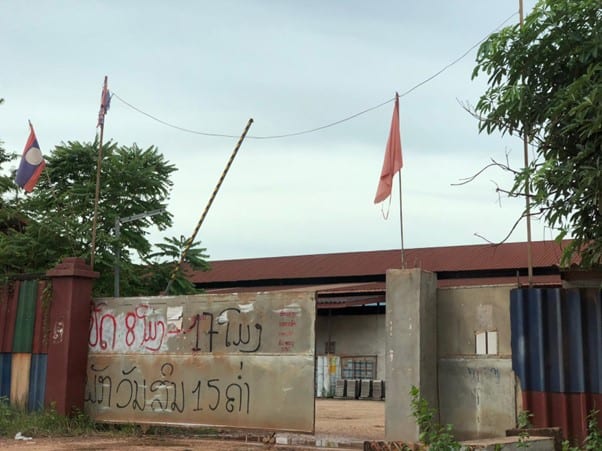 Despite the continued importation of raw asbestos and the manufacturing and sale of asbestos products in Laos and Vietnam, trade and consumer demand for this deadly product is decreasing.

Globally, the trade in raw asbestos has dropped 75% in the past 40 years. In Laos, there were 14 factories in 2011 and now there are eight. Vietnam used to have several dozen asbestos factories but now has 16, with many of the former factories permanently closing their doors and some transitioning to non-asbestos products.

‘It was pretty confronting to see the dilapidated condition of the factory in Laos and the bags of raw asbestos piled almost to the roof in the storage shed, knowing workers in this factory were not wearing any PPE or had any protection at all from exposure. These workers will take asbestos home to their families and communities exposing countless people to asbestos in turn.’

Union Aid Abroad- APHEDA works with local partners to educate consumers in vulnerable communities about the dangers of asbestos and we have seen a drop in demand as a result in those communities. We also support local trade unions that are raising the knowledge and awareness of the workers in the construction sector and even with workers in asbestos factories.

‘Encouragingly, the number of asbestos factories in Lao PDR like this one is reducing but it is very worrying they still exist, are in very poor condition like this factory and raw asbestos is still used despite alternative non-asbestos products being available.’

The asbestos lobby remains active in these countries, promoting their products, denying medical science, and spreading misinformation. But they admit their industry is in decline. Union Aid Abroad – APHEDA’s Asbestos – Not Here Not Anywhere campaign is working together with local unions, communities, victims, health institutions, health professionals, and government ministries to bring asbestos bans to Southeast Asia and help our Southeast Asian neighbours avoid the deadly asbestos legacy that Australia continues to endure. 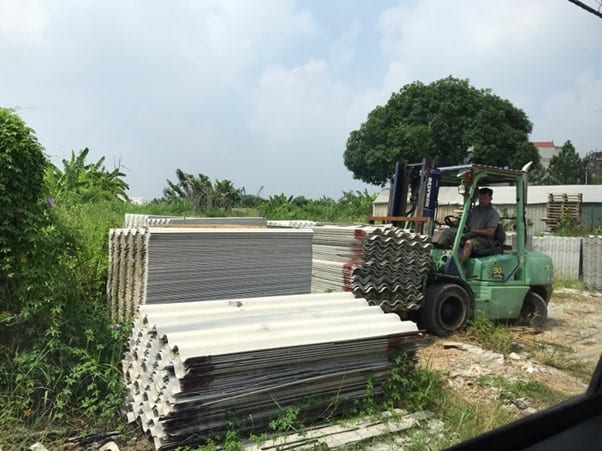 A worker, without PPE, moving asbestos roof sheets outside a factory in Hanoi. 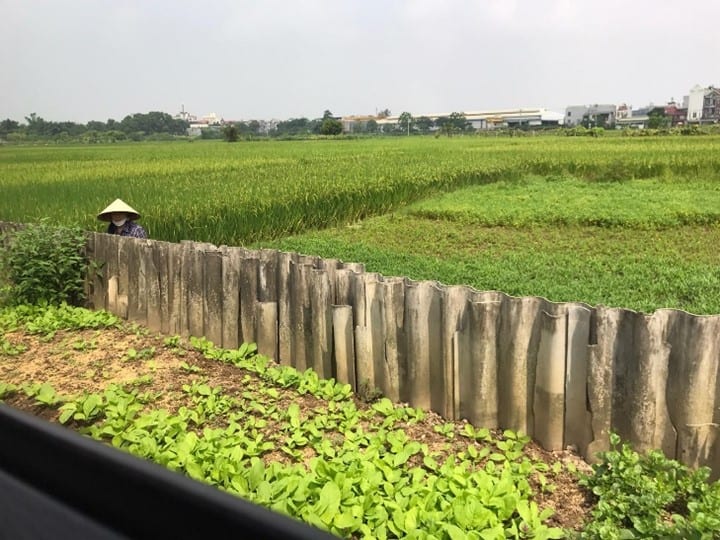 Asbestos roof sheet reused as fencing and in building repairs in Vientiane and Hanoi.