This month, Union Aid Abroad-APHEDA looks at projects we support that are focused on women and gender equality. From leadership skills in refugee camps on the Thai-Burma border to domestic violence campaigns in Vietnam and raising awareness of the dangers of asbestos in Cambodia, APHEDA supports a broad range of projects around the world. We have so many ground-breaking projects that we’d love to highlight, but here are just a few.

We often get asked to talk about the work we do with women. It’s a hard question to answer because most of our work attempts to address gender equality one way or another. Here’s a snapshot of the broad range of issues we’re supporting in Asia and beyond.

Union Aid Abroad-APHEDA believes that getting on path to a sustainable development process requires the full participation of both women and men, with equality and justice as core elements of participation. In practice, this requires working with local organisations involving a combination of the following strategies:

On the Thai Burma border, our long term partner the Karen Women’s Organisation (KWO), which has a membership of 50,000 women, stepped in to fill in the positions left vacant by the men involved in the civil war, and filled in the needs unmet by the state in a highly dislocated society. KWO trains some of their members to do specialised work that nobody else does, for instance attending to special needs children in refugee camps and establishing a school for young women leaders in Karen State.

In our asbestos campaign, we’re supporting two Ban Asbestos Networks, in Vietnam and Indonesia, in which women are playing a key role in coordinating community efforts to ban asbestos.

Across Asia, women seem to be doing the bulk of the hard work in construction, and often represent more than half of the workforce. As Kate Lee recently discovered in Nepal, they also physically suffer from specific health impacts. In Cambodia, we’ve been working with the Building and Wood Workers Trade Union of Cambodia (BWTUC) to raise awareness among their members, a majority of whom are women, on the dangers of asbestos, and what they can do to reduce their exposure to it. In Laos and Vietnam, we’ve also been working for many years with the Women’s Unions to provide technical and vocational training to women, so they can earn a living, and through this contribute to changing the financial relationships inside their households towards more gender equality.

In Vietnam, we’ve been working with the Women’s Union in Bac Kan Province on reducing the incidence of domestic violence following on from recent national laws to prevent domestic violence. The project assisted establishing local level regulations, and victim support structures which facilitate rapid intervention once women come forward.

Union Aid Abroad–APHEDA also supports the following initiatives and we will be sharing stories from the field with you in our future newsletters. 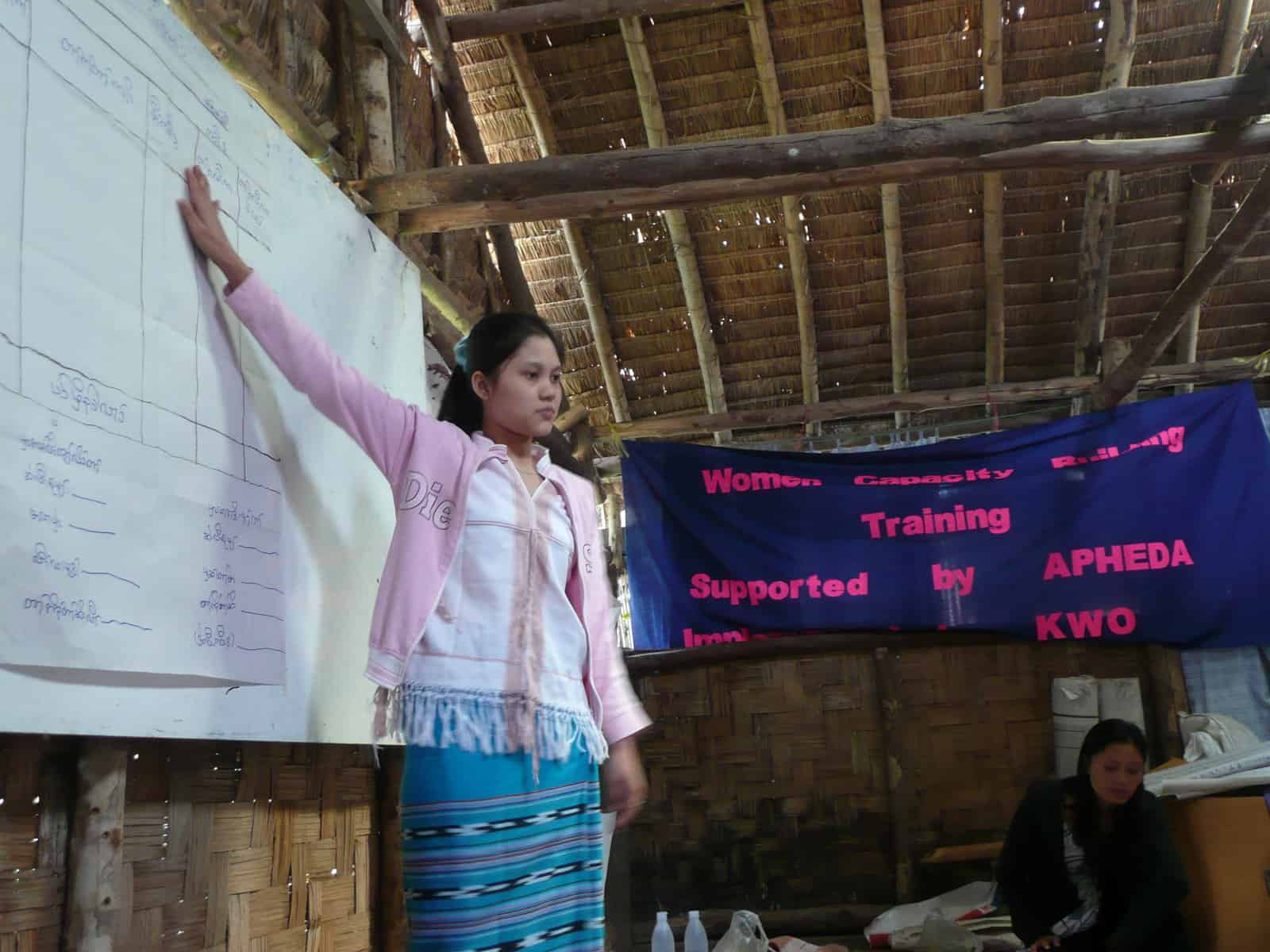 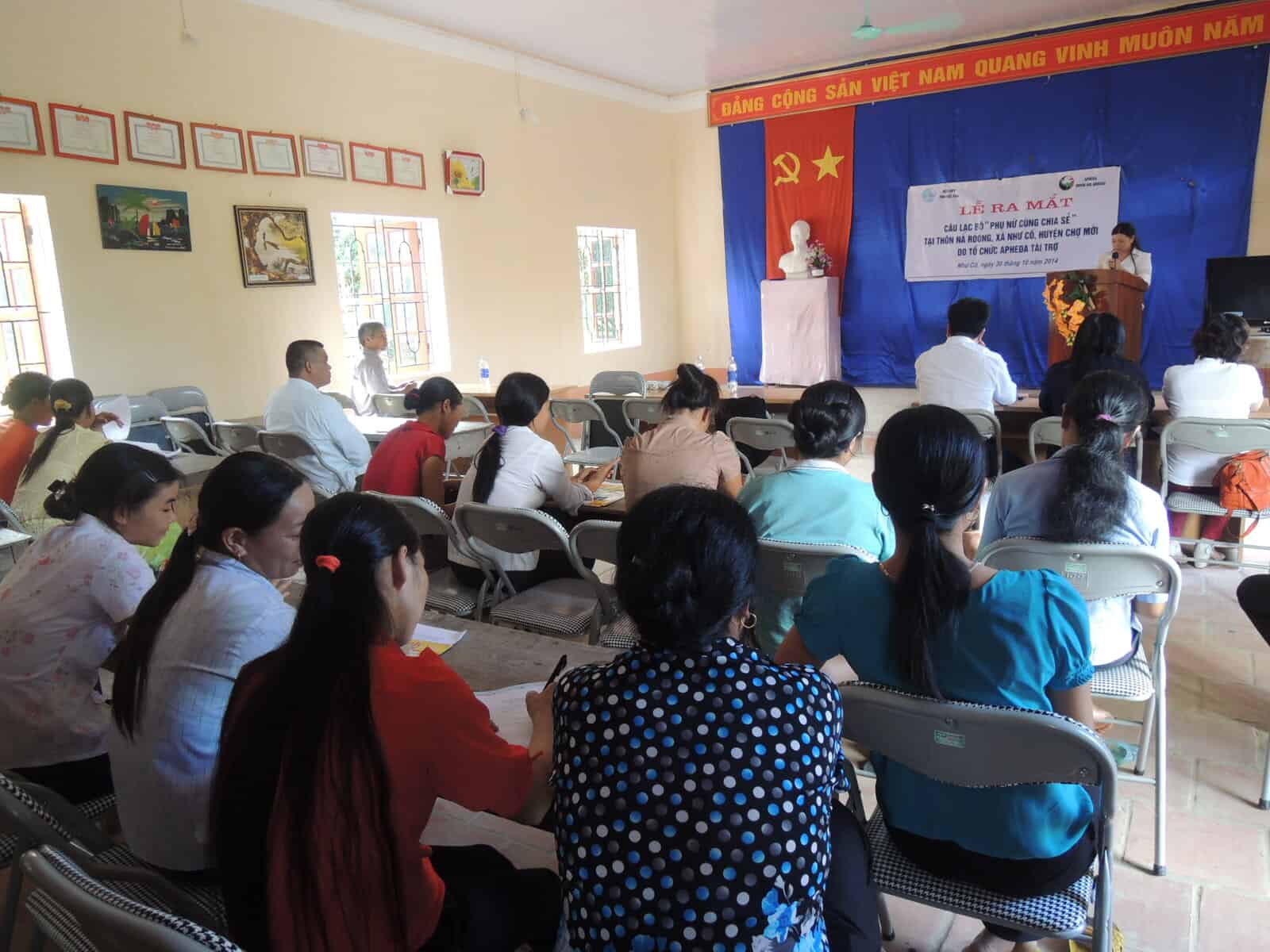 IMAGE: APHEDA has been working with the Women’s Union in Bac Kan Province, Vietnam, on reducing the incidence of domestic violence.