On Tuesday 13 September 2016, members of the General Workers Union of Timor Leste (SJT-TL) voted to take strike action on Monday 19 September. Workers are angry that Gardarmor Security – one of Timor’s most profitable private companies – sacked over 100 security guards without paying them their entitlements.  SJT-TL General Secretary, Almerio Vila Nova, has reached out to the Australian union movement requesting solidarity.

Almerio’s message is strong and impassioned. He invites everyone who believes in global justice to contact to take action and request that Eduardo Belo honour his commitments to the Gardarmor Security workers under Timorese labour law.

We will keep you updated on the strike action. 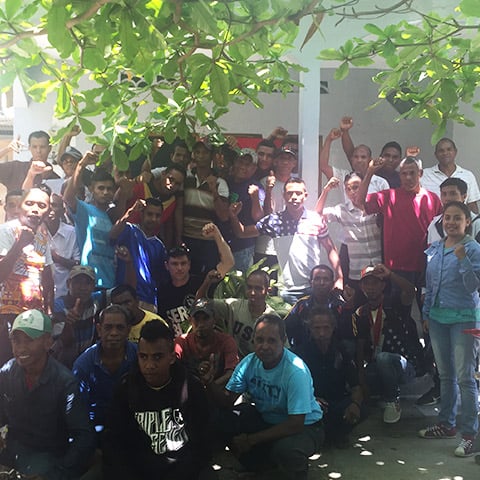