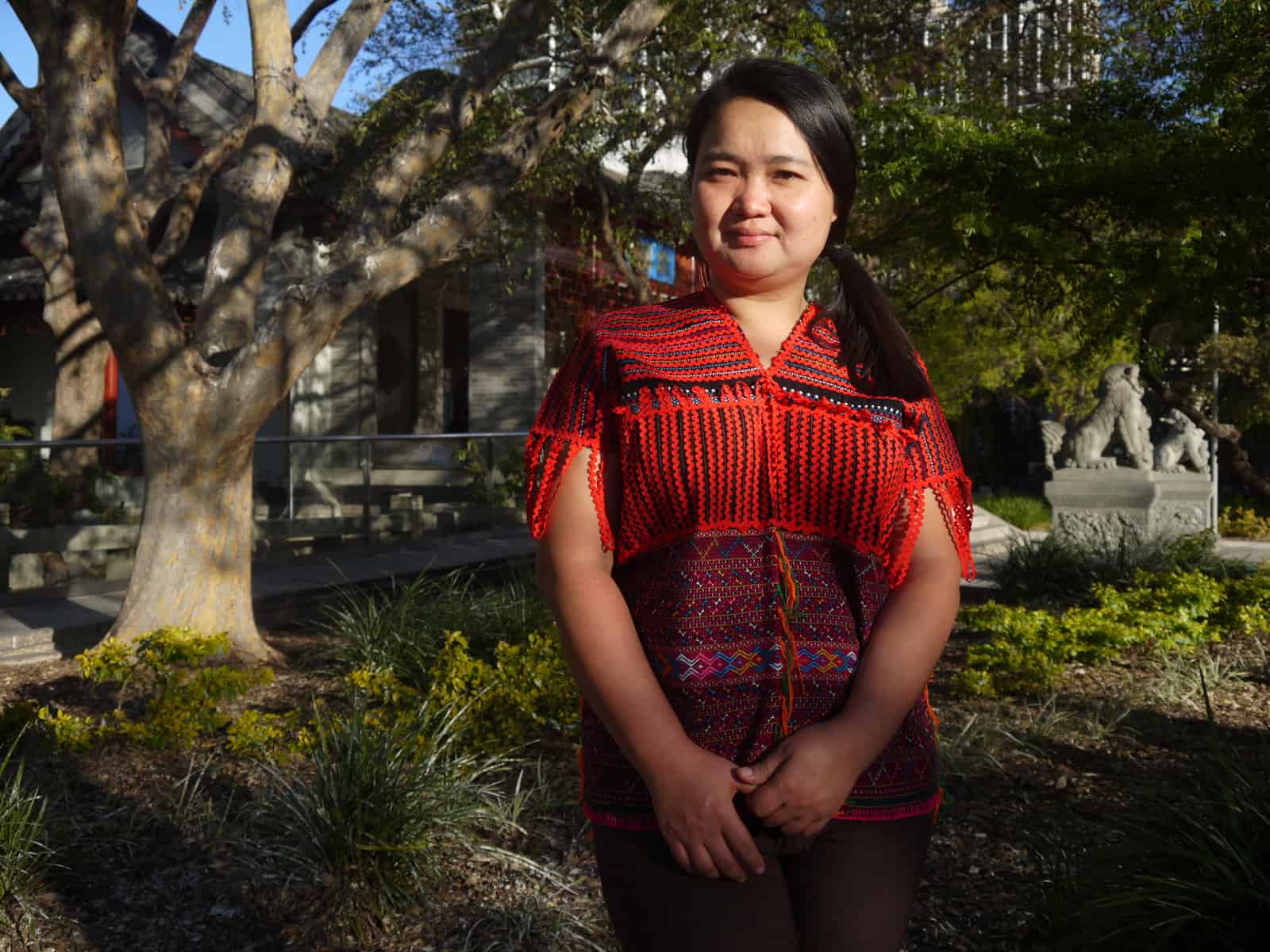 “By standing together across borders, we can make a better world”

That was the message that celebrated human rights activist Naw K’nyaw Paw delivered to Union Aid Abroad – APHEDA members and supporters in the 2019 Annual Dinner. Here, we present an excerpt from her keynote speech, in which she calls us to “work together to make a difference.”

My name is Naw K’nyaw.  I became a refugee in Thailand at the age of ten. My parents were forced to flee Karen State and become refugees in Thailand in the late 1980’s following the Burmese army’s major attacks against the Karen people.   Some of my earliest memories are of coming home from school to find my parents gone, having fled growing attacks by the Burmese army.  I walked for days in search of them and the rest of my village all while hearing bombs fall and guns fired.

The Burmese army’s attacks had a devastating impact on civilians, targeting them in order to cut support to ethnic armed organisations.  In practice this meant the Burmese army entering villages burning them to the ground, killing villagers and raping women.

This may sound familiar to you because the same army recently did very similar things to the Rohingya on the other side of Burma. Same army, same horror.  Thousands of villagers in the Karen State, including me and my family, fled to the border.   The fear and insecurity I grew up with lives on today for all the indigenous children of Burma. 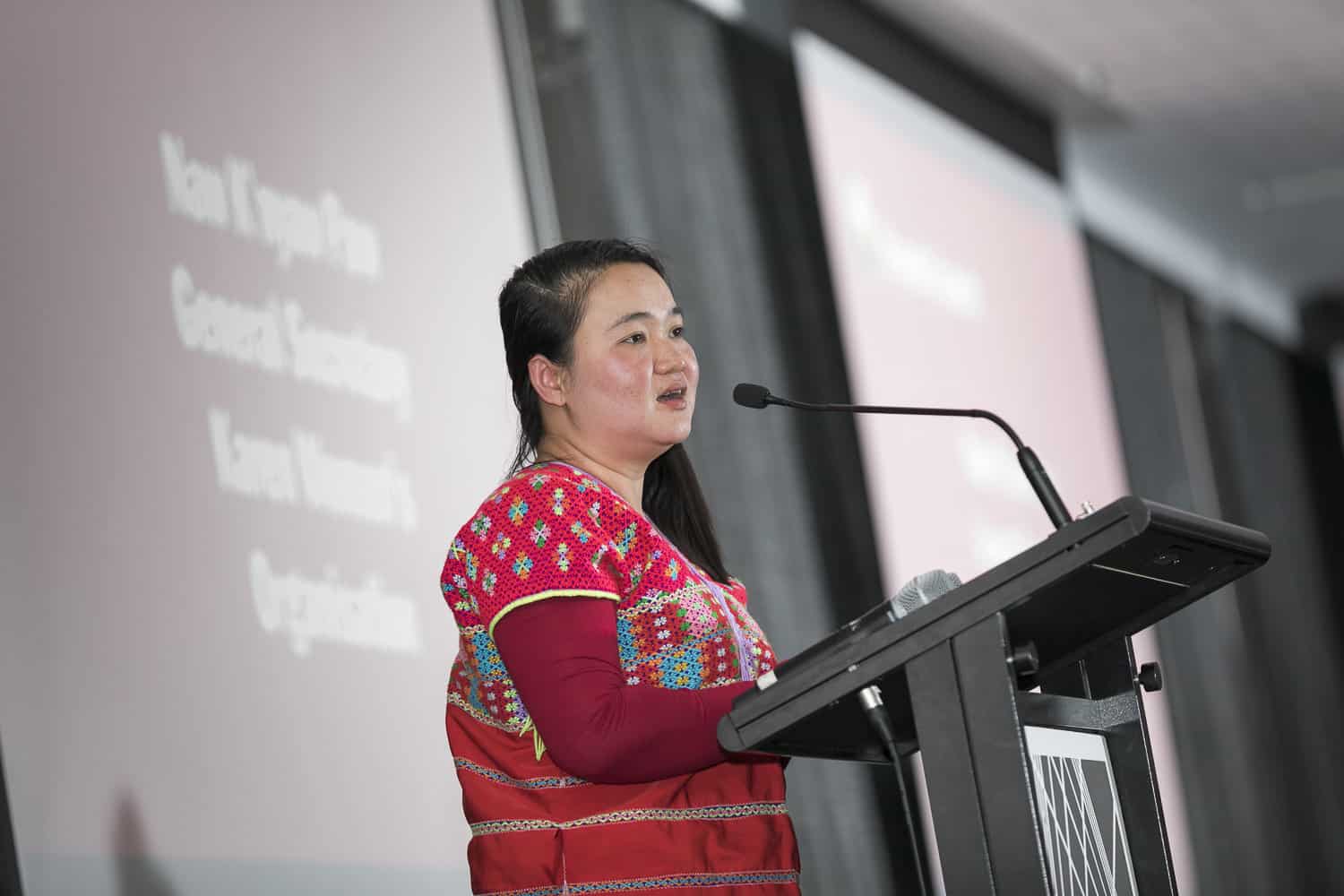 In the 1990’s more refugees arrived in Thailand fleeing further attacks from the Burmese army, this was a period when ‘displaced person’ camps were established in Thailand, and smaller camps were combined into larger camps to increase administration efficiency, to strengthen security, and for service delivery purposes.  The Thai government considers these camps ‘temporary shelters for displaced persons’, meaning that residents cannot leave and have no official status.  Those camps have been there for over thirty years now.

This was just one part of a long history of human rights abuses against the Karen people, one of Burma’s largest indigenous groups. Burma has been under military rule since 1962.  Our people have been fighting for political recognition and autonomy ever since independence from Britain, more than seventy years.

I fortunately joined the Karen Women’s Organisation – known as KWO – following high school, I knew about the KWO because of the visibility of their work within the refugee camp where I lived.  The KWO is and always has been simply an organisation of Karen women who are trying to make the lives of those in our community, particularly of women and children, better in any way we can find. 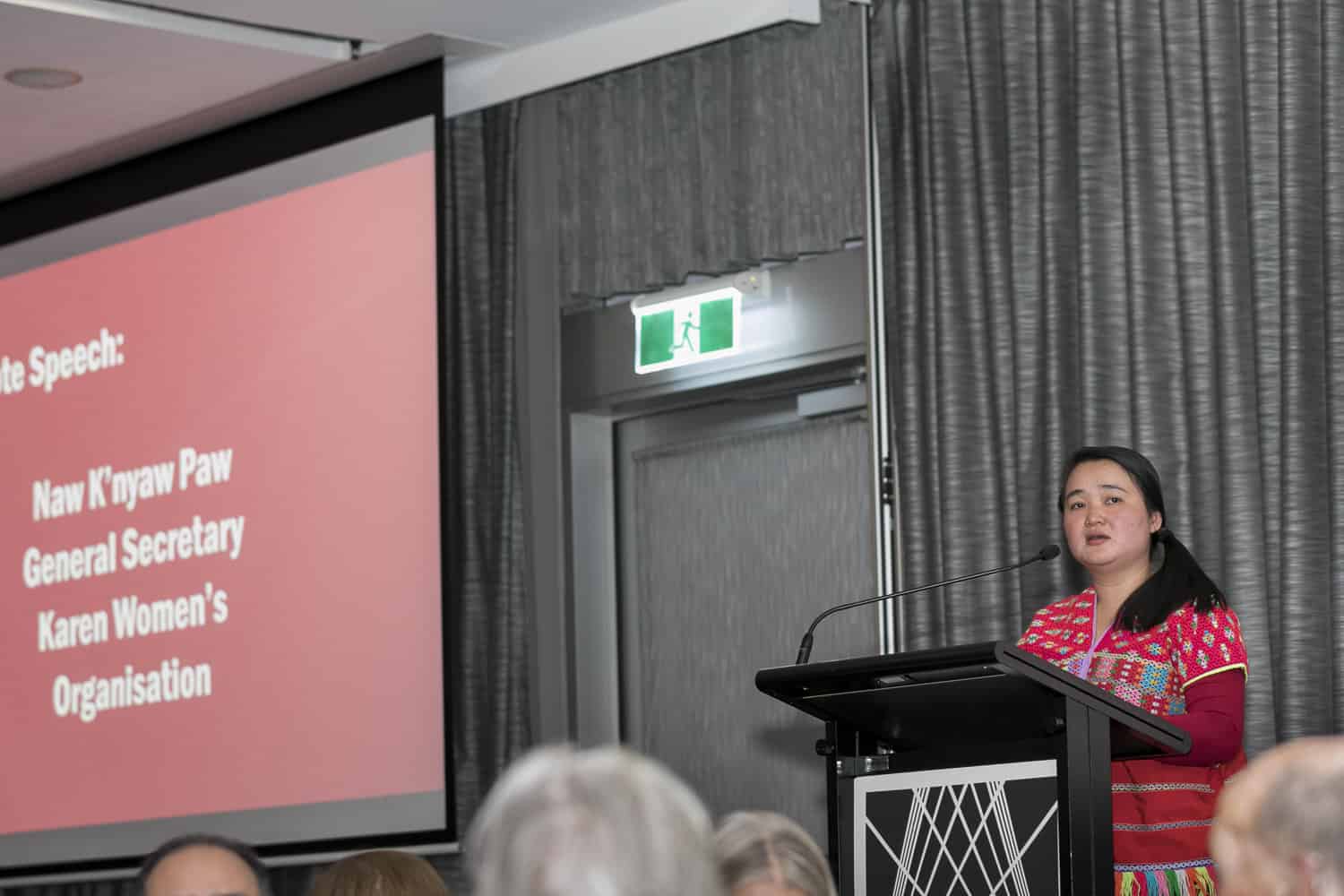 I joined because I was keen to increase my knowledge of human rights, women rights and refugees and to help people in my community. I knew the way we as indigenous people were treated was wrong but I wanted to understand why and what to do about it.  I credit working with KWO for making me the person I am today and developing my activism and feminism.

I have been privileged to meet people from many different backgrounds, and have come to deeply understand the importance of solidarity across causes.  This along with the support and training I have received has ensured I can assist in the development of my community and the empowerment of fellow women.  Union Aid Abroad – APHEDA in particularly funds the development of women leaders’ knowledge and capacity to do the work in front of us.  This is a vital part of our empowerment.  We know by working together we can make a difference.

I know we are just one people in the world struggling for a better life and basic human rights.  It is by standing together across international borders that we can make a better world.  I know the difference our work together is making and I look forward to many continued years of partnership.

“By standing together across borders, we can make a better world”

To continue working through uncertain times, the Karen Women’s Organisation needs real and practical solidarity from the international community. By increasing your contribution to Union Aid Abroad – APHEDA, you can support refugee women on the Thai-Myanmar border defend their rights and build peace.

Raise your contribution to global justice