The Labor government must now act on Myanmar

RE: Sean Turnell’s three-year prison sentence is further evidence that Australia’s soft approach to Myanmar’s military junta isn’t working. The Labor government must now act on calls made whilst in opposition.

We, the CRPH/NUG Support Group Australia, and the 72 Myanmar community organisations in Australia listed below, urge the Labor Government to take concrete action towards addressing the situation in Myanmar. 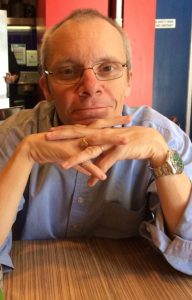 1. We remind you that the Labor party in opposition called for Australia to impose further targeted sanctions against Myanmar’s military. The Labor party also criticised the previous Morrison government for having acted too late and done too little. Therefore, we urge you, Prime Minister Albanese, to ensure that the calls made by Labour, when in opposition, are transformed into action.

2. Foreign Minister Penny Wong has emphasised that Professor Sean Turnell is the government’s ‘first priority’, which indicates that this may be one reason for Australia’s hesitancy in relation to Myanmar. The Myanmar State Administration Council (SAC) led by Min Aung Hlaing is using hostage diplomacy to deter foreign governments from taking stronger action toward them. However, by not taking stronger action on Myanmar, your government is allowing the SAC to believe that hostage diplomacy is working and that they can deter your government from taking the responses that you advocated while in
opposition. The very fact that Sean Turnell has been held in detention for the past 20 months and has now been sentenced to 3 years in prison, demonstrates that Australia’s soft approach to the military junta isn’t working. Furthermore, we are equally concerned for the 14000 Myanmar political prisoners who remain in detention, including State Councillor Daw Aung San Suu Kyi and around 92 elected parliamentarians. The vast majority of the Myanmar people have been calling for targeted sanctions
since the Feb 1 coup.

3. We also have grave concerns for the children of Myanmar as the military junta’s war of terror continues to intensify. The attack on the temple school in Let Yet Kone by helicopter gunships and troops under the command of the military junta on 16 September killed 11 children and injured 17. As UN Secretary-General António Guterres stated: “Attacks on schools and hospitals in contravention of international humanitarian law also constitute one of the six grave violations against children, in times of armed conflict strongly condemned by the Security Council.”

4. It’s in Australia’s interests to support and strengthen liberal democratic governance in Myanmar because ‘a region that becomes inhospitable to liberal democratic values at a domestic level is one that is much less likely to support and reflect the principles of a free, open and inclusive international order. China is attempting to increase its political, economic, and strategic influence in the Indo-Pacific region via its BRI projects2; if military dictatorship is re-established in Myanmar, the China Myanmar Economic Corridor (CMEC) may well result in China’s dominance over the Indian Ocean.

China and Russia are major suppliers of arms to Myanmar, and Russia is eager to ramp up its arms trade with Myanmar. Most worrying, Min Aung Hlaing has indicated support for Russian Defense Ministry delegations and Russian military bases on Myanmar’s territory for the sake of “geopolitical balancing”. Finally, over many years both China and Russia have supported autocracy in Myanmar by blocking action from the UN Security Council against the military junta. Unless Australia and other
democratic states work together to counter threats to democracy in our region, the authoritarian model will prevail4. Australia must align its response to the crisis in Myanmar with its Indo-Pacific strategy.

5. The people’s resistance to the military’s attempt to re-establish authoritarian rule is gaining momentum. The legitimate National Unity Government of Myanmar has the greatest claim to effective control over the country and requires our support.
‘Resistance organisations, represented by the National Unity Government of Myanmar (NUG), control more of the territory of Myanmar than the junta and are expanding provision of services, including education, in those areas. But the resistance is yet to receive significant diplomatic, financial or humanitarian support from the international community’ (Special Advisory Council for Myanmar).

Response required from Australia
The military junta’s obstruction of democracy and the related ongoing atrocity crimes are primarily enabled by revenue from the military’s extensive business interests, as well as its continuing access to arms and related equipment, as demonstrated by the United Nations Independent International Fact-Finding Mission on Myanmar (IIFFMM) and other experts. The situation in Myanmar demands coordinated multilateral action, from all states that value democracy, including targeted sanctions, to
help restore Myanmar to its transition to federal democracy.

The Australian Government must move beyond statements calling for the release of political prisoners and the restoration of democracy, and instead take effective action to this end including the following:

a) Call on the UN Security Council to table and vote on a resolution for Myanmar that includes targeted financial and economic sanctions against the junta to cut off its revenue sources, a comprehensive global arms embargo against the junta, and referral of the crisis in Myanmar to the ICC.

b) At the same time, in the strong likelihood that China and Russia will use their veto power to block any resolution for Myanmar, Australia in coordination with other like-minded states must proceed with targeted sanctions against the Myanmar military junta; the military’s business conglomerates Myanmar Economic Holding Corporation (MEHL), Myanmar Economic
Corporation (MEC), and these entities’ subsidiaries; and State-Owned Enterprises.

c) Assume a leading role in a review of ASEAN’s capacity to resolve the crisis in Myanmar. Malaysia’s Minister of Foreign Affairs, Saifuddin Abdullah, has already identified the need to undertake ‘a serious review’ of the Five-Point Consensus and has indicated that it ‘should be replaced with something better ahead of the bloc’s summit in November’. ASEAN must ‘engage formally with the NUG, accept the NUG as the representative of Myanmar in ASEAN meetings and forums, and use the ASEAN Summit in November to reach a new agreement on how to respond to the junta-made crises in Myanmar, developed in
consultation with the NUG’, and Australia must lend its full support to this process.

e) Support the prosecution of the Myanmar junta under the principle of Universal Jurisdiction in the Australian Federal Court.

f) The Albanese government and government officials must recognise the NUG as the only legitimate government body of Myanmar, welcome delegations from the NUG to Australia, and formally engage with them. We, the CRPH-NUG Support Group Australia, representing the undersigned groups from the Myanmar diaspora community in Australia, welcome any invitation to further discuss your response to this request.