Following the news that the Senate has backed a motion without division inviting the Australian Government to consider calling for a UN Commission of Inquiry into human rights abuses in Myanmar, Union Aid Abroad APHEDA and the Australian Council for International Development has issued a joint response.

“We welcome the action the Senate has taken to urge the Australian Government to intervene in this crisis. Australia must use the influence it has in the region, and with the Government of Myanmar, to protect the Rohingya people from persecution.

“Already there has been calls for a UN Commission of Inquiry, including from Yanghee Lee, the UN special rapporteur on human rights in Myanmar. The Australian Government must now consider whether they will join those calls.

“Australia must also be prepared to resettle its fair share of Rohingya refugees through the UNHCR resettlement programme.

“We congratulate Senator Ludlam for raising this issue and bringing the motion to the Senate.”

(i) the deeply concerning United Nations report, released on 3 February 2017, documenting atrocities against the Rohingya people in Myanmar, based on interviews with Rohingya refugees fleeing their home country,

(ii) that the Australian Government has a history of diplomatic and political influence in the region, and is therefore well-placed to play a role in resolving this escalating crisis, and

(iii) that the Australian community is becoming more and more concerned about the human rights situation in Myanmar; and

(b) invites the Australian Government to consider:

(i) calling on the Government of Myanmar to assert religious and ethnic equality of all people in Myanmar, including the persecuted Rohingya people in Rakhine State, and

(ii) calling for a United Nations Commission of Inquiry into human rights abuses in Myanmar. 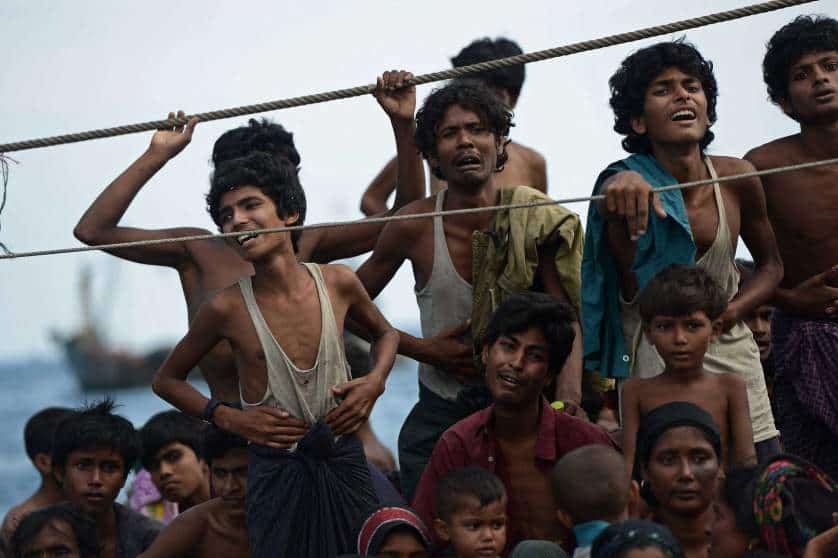