“APHEDA is not a charity. It’s our global justice organisation”.

Christine Cooper, the Assistant Federal Secretary of the Independent Education Union (IEU), is up on stage introducing me to the crowd of teachers, principals, education support staff and elected union officials.

This is a conference Christine and her colleagues have spent months working on. Representatives from the IEU’s five state branches are gathered together here at a Canberra hotel to discuss the challenges and opportunities they face organising non-government schools – and the wider context of that work. The IEU recognise that their fight to protect and expand quality education is part of a global struggle. Already this morning we’ve heard Patrick Roach from the Education International, describing the links between the cuts to public services, tax evasion by international corporations, widening inequality and degraded education systems.

As Union Aid Abroad APHEDA’s organiser, I’ve been invited here to run a workshop about global inequality, to introduce our latest campaign, and yes, ask people to join APHEDA.

I already feel very at home with the IEU (my partner, my brother and my mum are all members!) but it’s great to get a warm welcome from Christine.

During the workshop, the IEU reps explore how class, race, gender, and nationality impact on people’s power to move around the world in search of a better life. We discuss the effects of free trade agreements – how they can erode social protections that working people have fought for over decades. And we talk about the ways that businesses move their operations around the world in search of lower wages, more generous tax concessions, and fewer social responsibilities.

Finally, I begin talking about asbestos. Union Aid Abroad APHEDA’s Asbestos: Not Here, Not Anywhere campaign is based on our understanding that while asbestos is being produced anywhere, the risk of exposure is everywhere. And just as multinationals move their operations offshore looking for cheaper labour, the asbestos industry has been aggressively expanding in Asia since the deadly material was banned in places like Australia.

I play a video – footage, shot by our partner organisation LION Indonesia, of dangerous asbestos waste dumped in the open in a community in Java. The room is dead silent.

APHEDA reps from each conference table come up the front of the room to grab a Not Here, Not Anywhere campaign pack. They return to their tables and start having organising conversations with their colleagues. They will ask their colleagues to join APHEDA and take action to support workers in south-east Asia as they organise to eradicate asbestos.

It’s inspiring to look out over the room and watch these formidable educators and unionists talking to each other about the campaign, taking solidarity photos and filling in APHEDA membership forms. This is a scene I hope will be replicated in staffrooms and union meetings across the country in the coming months. And I have a feeling it might be – Trish from the Blue Mountains, Angela from Perth and Leah from Canberra all want to talk to me afterwards about taking the campaign back to their schools and their local union branches. 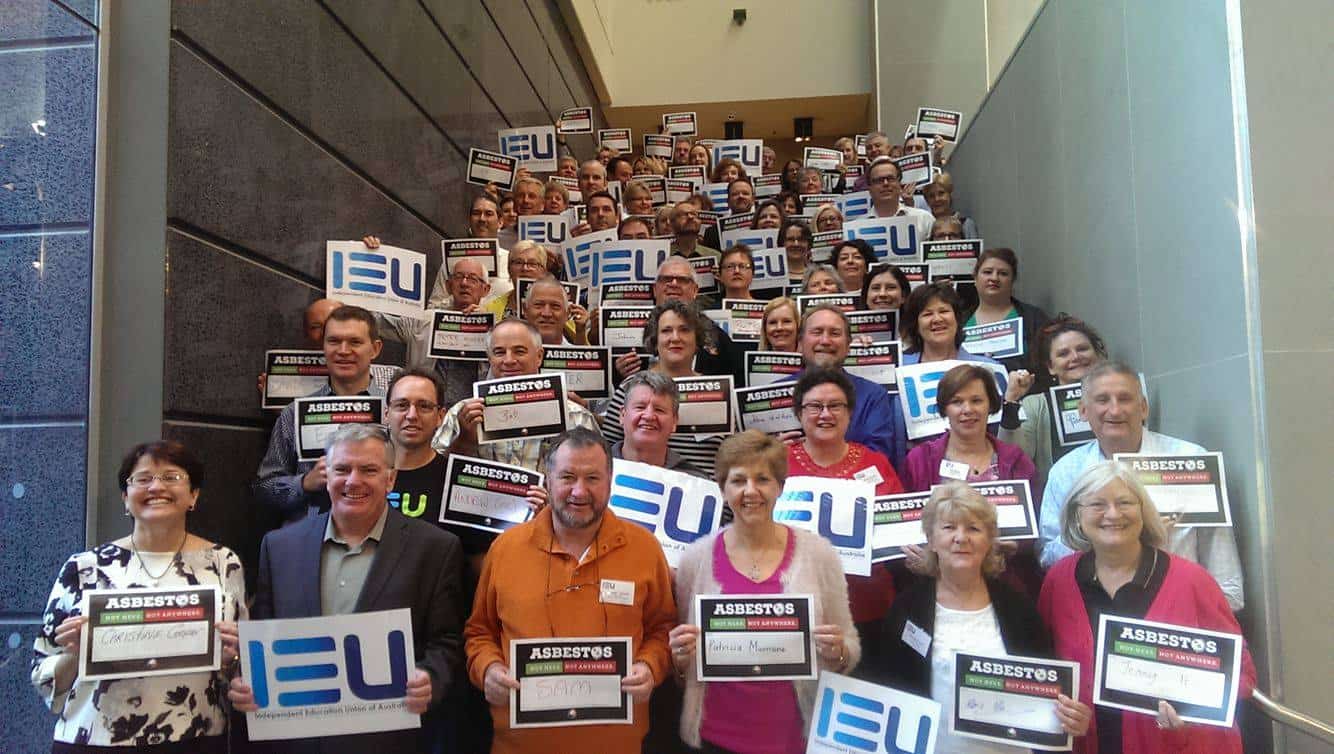 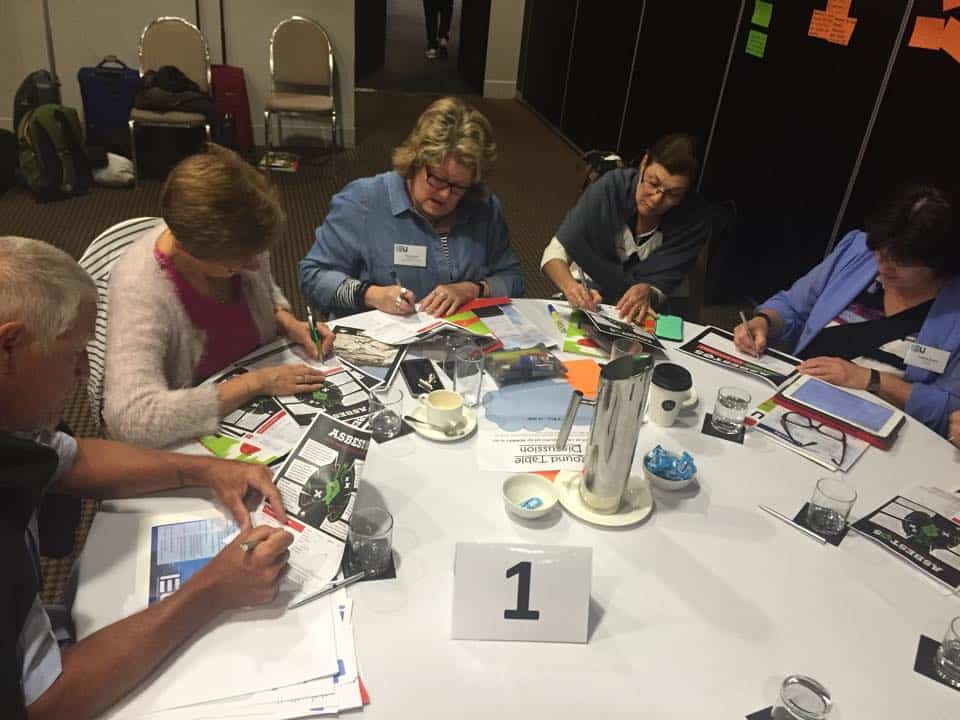