APHEDA is deeply saddened by the passing of our friend and comrade Brother Inpeng. He was a true believer of international solidarity and global justice. 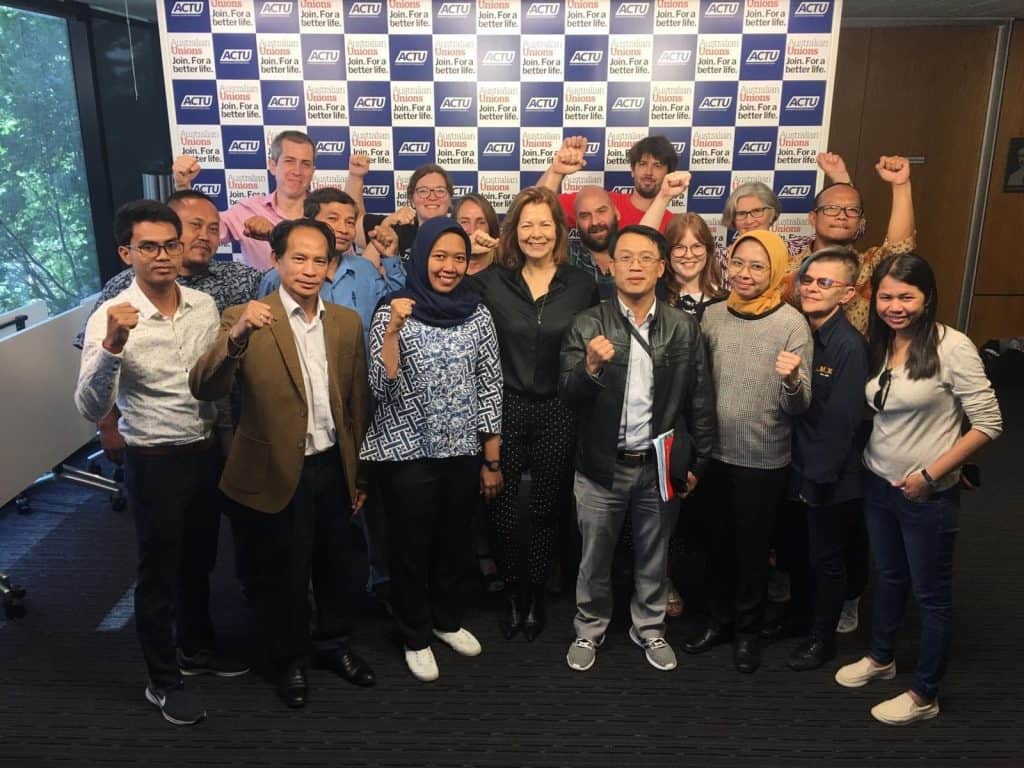 Brother Inpeng (front, second from left) on a trip to Australia in February 2020.

APHEDA Laos first met Brother Inpeng in 2004 when APHEDA started working with the Laos Federation of Trade Unions on occupation health and safety and English language project cooperation. This was just two years after the opening of the APHEDA office in Laos. Over the next 16 years we are proud to say we developed a close friendship and strong solidarity around a range of local and global issues important to Lao workers and the LFTU.

He was instrumental in organising the very first Trade Union Solidarity and Support Organisation and the Global Union Coordination and Communication meeting held in 2008. The LFTU was understandably anxious to engage with the international trade union movement. Together LFTU leaders at that time, Brother Inpeng played an important supporting role to facilitate the meeting preparation with us.  We remember him for strengthening and broadening the relationship between LFTU and the international trade union solidarity organisations and global unions when he became the Director of the International Department.

Inpeng worked on many issues for LFTU but APHEDA knew him best for his leading role for 10 years in the eliminating asbestos disease campaign and his key role since 2017, as coordinator for LAOBAN,  an information and advocacy network seeking to protect Lao workers from being exposed to cancer-causing asbestos. On countless occasions, workshops, meetings, May Day events his voice could be heard speaking the truth, against the misinformation and coercion of the asbestos industry.

Inpeng took on the fight to protect Lao workers from occupational cancers despite pressure and threats from the asbestos industry. He became an expert on the topic, advocating to the Lao Government, to Laos employers and workers, speaking regionally and internationally to spread the word on the risks and raise support for the campaign. He travelled to Australia on behalf of LFTU several times, most recently in February 2020 completing an asbestos safe removal course at the CFMEU Centre in Melbourne.  Inpeng was a leader, an adviser, a determined advocate and an amazing host to many international trade union delegations visiting Laos.

How cruel and unfair then, that just the same month as he retired from his role as Director of the International Department, LFTU, he was diagnosed with cancer himself – just 10 short months ago.

The COVID pandemic meant many outside of the APHEDA Lao team did not get to see him since February 2020. This has been so very sad for us as we heard of his worsening health, and chatted with him over his diagnosis, even as he tried to put a positive spin on it for our benefit.

We at APHEDA in Laos and all around the region are deeply saddened by his loss. We will miss him greatly.